Home / About / Honors & Recognition / Virginia Hull Research Award for Scholarship in the Humanities, 2020

Virginia Hull Research Award for Scholarship in the Humanities, 2020

The Virginia Hull Research Award for Scholarship in the Humanities supports diversity at the university, consistent with the university’s mission, with particular attention to, but not limited to, female faculty members in the humanities who are assistant or associate professors. 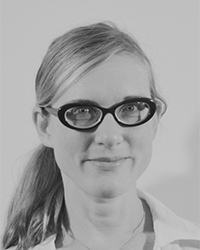 May Mergenthaler, Associate Professor, Department of Germanic Languages and Literatures

May Mergenthaler is an associate professor in the Department of Germanic Languages and Literatures and an associated faculty of the Sustainability Institute. Her research interests include German literature from 1700-present, literary and cultural theory, environmental humanities, literary journalism and critique, and gender studies. She has received a prestigious Humboldt Fellowship for Experienced Researchers.

Mergenthaler is currently writing a monograph on the functions, concepts and figures of light in German poetry from the early 18th to the early 19th centuries. She is also pursuing essay projects in the realm of environmental humanities: a handbook article on the cultural imagination of desert vegetation and a co-authored article exploring the interrelations and conflicts between science and social justice in the global environmental movement Fridays for Future.

Mergenthaler has published a monograph, Zwischen Eros und Mitteilung, which explores the project of Early Romanticism as a collaborative and self-contradictory writing endeavor between men and women, as well as a co-edited book titled Cultural Transformations of the Public Sphere. She has authored various articles on the literary public sphere of the late 18th century, the critique of contemporary poet Friederike Mayröcker, and Hölderlin’s poem “Timidity” and its interpretation by Walter Benjamin.

May Mergenthaler teaches a variety of undergraduate and graduate courses on German literature, culture, intellectual history and language. Recent courses include “Thinking about Nature: From 18th-Century Aesthetics to Current Reflections on the COVID-19 Pandemic,” “From Vikings to Orcas: Nature in Germanic and Scandinavian Literatures,” and “News and Views” about topics like migration, environmental politics or sports in contemporary German-speaking media. 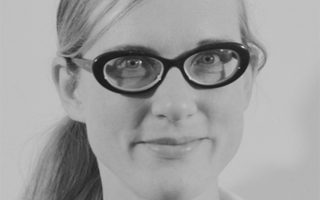