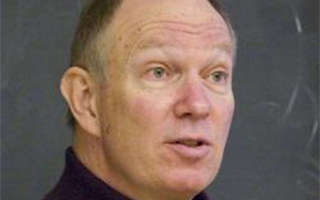 Lessons Learned, or Not: Germany, Japan, and the Age of Trump

Ian Buruma is the Paul W. Williams Professor of Human Rights and Journalism at Bard College. An award-winning journalist and writer, Professor Buruma was educated in Holland and Japan, where he studied Chinese literature and Japanese cinema. In the 1980s, he worked as a journalist, and spent much of his early writing career traveling and reporting from all over Asia. Buruma now writes about a broad range of political and cultural subjects for major publications, most frequently for the New York Review of Books, The New Yorker, The New York Times, Corriere della Sera, and NRC Handelsblad. He is the author of more than a dozen books, including The China Lover (2008) and Taming the Gods: Religion and Democracy on Three Continents (2010). He is the 2008 recipient of Holland's prestigious Erasmus Prize, as well as the 2008 winner of Stanford University's Shorenstein Journalism Award. His new book, Their Promised Land: My Grandparents in Love and War, was published in January 2016.

For more information, visit Department of Germanic Languages and Literature.