Slaves of the State: Black Women and Prison Labor in the Post-Civil War South 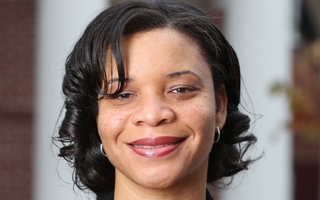 A lecture by Talitha L. LeFlouria, the Lisa Smith Discovery Associate Professor in African and African American Studies at the University of Virginia.

LeFlouria is the author of Chained in Silence: Black Women and Convict Labor in the New South; winner of the Philip Taft Labor History Award from the Cornell University School of Industrial and Labor Relations and the Labor and Working-Class History Association (2016); the Best First Book Prize from the Berkshire Conference on the History of Women, Genders and Sexualities (2015); the Letitia Woods Brown Memorial Book Prize from the Association of Black Women Historians (2015); and others. LeFlouria’s talk will examine the rise of the convict labor system in the South after the Civil War and, especially, the role of Black female convict labor in the creation of Henry Grady’s much touted “New South” between the 1870s and the 1920s.