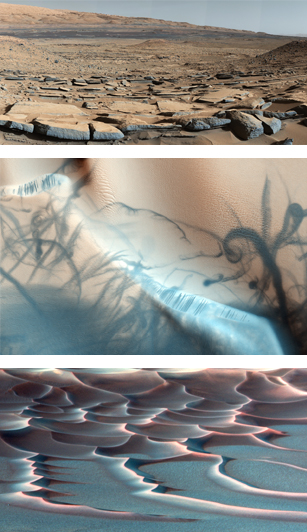 Clearly, it wasn't just Mars; other shiny orbs caught our eye — but somehow the Red Planet's pull was enduring. Proximity? Cosmic cousins tied by similarities not shared by other swirling rocks? That red color? Whatever, Mars fever began early on Earth.

Galileo was the first to observe Mars via telescope in 1609 AD but Aristotle described Mars in 300 BC, and it was known by the Egyptians as early as 1570 BC.

Through the centuries Mars fever kept escalating. 20th century technology gave us TV and movies of Martian/Earthling adventures; then possibilities for actual space exploration. Off we went, planting pieces of Earth — mementos and machinery — first on the moon, then on Mars.

Last month, The Martian and NASA's flowing-water find fueled our Red Planet fascination and Mars fever ramped-up. This month, NASA has new insight on its atmosphere. With technology that now makes it possible for astronauts and ordinary citizens to plan not just to get there, but to stay, it is unlikely to go away.

In the 21st century, we intend to move beyond exploration, planting ourselves on Mars, to stay. Mars One sold the idea of colonizing Mars in the improbably near future, although astronauts have yet to set foot there. How soon will humans explore Mars, and can we actually live there?

With the help of our faculty experts, we take you into the heart of Mars Madness.

all photos courtesy of NASA

We had to ask — it is the RED Planet. What would it be like to play football on Mars? How would TBDBITL sound? Could we watch on ESPN? Would Brutus’ costume catch fire? Planetarium Director Wayne Schlingman and Astrophysicist Paul Sutter tackle our queries. 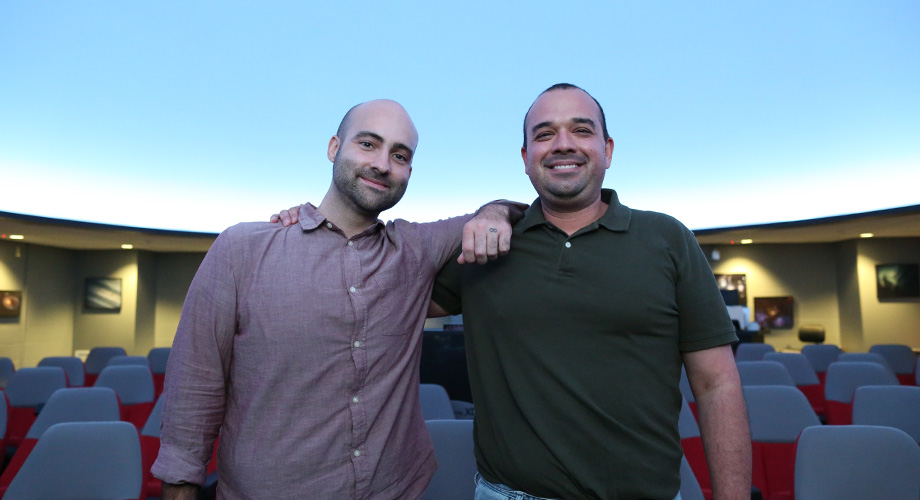 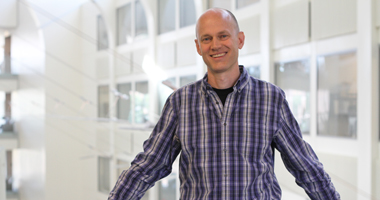 Astrophysicist JOHN BEACOM lives at the intersection of physics and astronomy where he tackles neutrinos, supernovae, gamma rays and dark matter. He frequently speaks and writes about these topics. 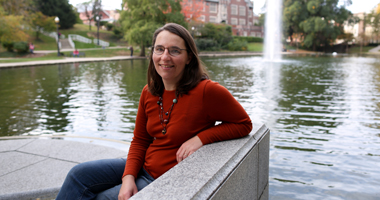 Many undergraduates know Earth scientist WENDY PANERO best for her popular Planets course. Others recognize her important research centering on the cycling of water in planets. 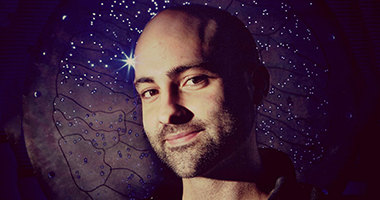 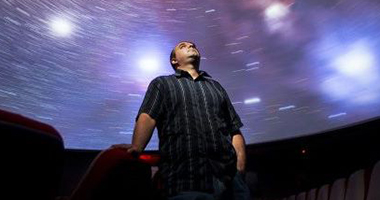 Always reaching for the stars, Planetarium Director WAYNE SCHLINGMAN enchants thousands of folks across campus and central Ohio, showing them the astounding wonders in the heavens above.

Our reasons for wanting to explore other planets are drastically different from shows like the original Star Trek. Captain Kirk was driven by conquest, and we are driven by curiosity.

Is there life on Mars?

The only way to be sure is to go. If we find life—especially life totally different from that on Earth—then life may be ubiquitous elsewhere. Wouldn’t that be amazing?

Why look beyond the Solar System?

Curiosity drives us to seek new scientific facts about the universe as a whole, because they will shape our view of our place in it.

What does this mean for life on Earth

Sometimes the tools we develop change our daily lives. And sometimes the things we find lead to perspectives that enrich our inner lives. Both are valuable.

Because curiosity is a defining aspect of being human.

Epic news, but what does it mean? Earth scientist Wendy Panero explains:

So, we hear there’s water on Mars—does that mean the Red planet might turn blue?

Not in the future, but in the past! Abundant geologic evidence shows large amounts of flowing water on Mars’ surface billions of years ago, perhaps even a large sea covering nearly the entire northern hemisphere.

What is the difference between Mars water and Earth water?

Water on Mars is mostly in the form of ice locked in the sediments near the surface, not that different from tundra on Earth. Mars’ surface warms up in the spring and summer, so some of it does melt and flows briefly across the surface.

On Earth, we find life just about anywhere we find water—even extremophiles, organisms surviving at extreme temperatures, pressures, acidity, salt. Such life on Mars would have to survive and thrive in extremely salty conditions a few weeks a year, then a long winter frozen in the sediments of Mars.

Why haven’t we seen it before?

In 2011, the Mars Reconnaissance Orbiter discovered dark, narrow features extending down Martian slopes every spring and summer, looking much like water seeping down a sandy slope on Earth. The most recent discovery, made by measuring reflectivity of different wavelengths of sunlight from the surface, showed it is indeed very salty water. It wasn’t possible to detect before because new data analysis techniques were needed to resolve the features.

Is there water on any other planets besides Mars and Earth?

Not on other planets, but moons of Jupiter, Saturn and Neptune contain liquid water locked in oceans beneath the surface, kept above freezing by the moon’s constant bending by tidal forces from the massive planets. The Galileo spacecraft even detected hints of organic molecules in geysers erupting from the surface of one of Saturn’s moons, Enceladus!

What does this mean for {human} space exploration?

Because the water is very salty, it would require significant desalination, an energy-intensive process. But, if there is enough ice locked near the surface, it could cover the planet in water a few inches deep. Whether the subsurface ice would be as salty as that observed flowing on the surface isn’t clear. If it’s more pure, it would require relatively little energy to extract and use it.

Optimistically we'll have our first mission to Mars in 20 years, but more realistically 30-40 years. Actual colonization of Mars will take much longer: at least 50 years to get started, and hundreds to make it self-sustaining.

How do we make it so?

Actually, the technology isn't that far off. Saturn V rockets from decades ago had enough lift capacity to send humans to Mars. Current rockets are much weaker; this is why we've only sent robotic landers. But NASA, SpaceX, and Blue Origins are designing rockets that can ferry people and stuff to Mars, plus new technologies to cheaply ship cargo, like LightSails. All the technology for living on Mars either exists or can be designed with reasonable effort.

Can it ever be really safe?

Traveling to Mars and living there pose a lot of challenges, from cancer-inducing cosmic rays to the poisonous atmosphere on the planet. There needs to be a lot of testing and experimentation before sending people to Mars.

Where would we set up shop?

Inside craters to protect from dust storms, or partially buried under the ice sheets at the poles.

No matter what, the colonies would have to be partially underground, the surface covered in solar panels. The Earth's atmosphere and magnetic field protect us from deadly cosmic rays, but there's no such protection on Mars.

What kind of person would go?

Someone who likes adventure, needs to get away, and is comfortable seeing the same few dozen people in cramped corners. Like a submarine crew or an Antarctic research post.

Because it's awesome! Humans have always explored and built colonies wherever we could. Mars - and space in general - represent a new opportunity to grow and expand without getting in anybody else's way.

How can we ever be sure, despite rigorous training and testing, that Earthlings won’t have a mental meltdown on a planet very different from home so far away for, like forever, maybe?

We don't know what the long-term consequences of Martian life would be like. NASA and other groups are testing that now with "Mars Analog" isolation research stations. Maybe we're too "tuned" to an Earth environment. But humans are very plastic and adaptable. There are enough variety of weirdos in the gene pool that *somebody* would enjoy it, and even thrive.

How would/could we as a species adapt to that life?

I think you could find enough people who would survive on Mars, but someone born on Mars could probably not return to Earth. Born and raised in a low-gravity environment (only 38% of Earth's) means the heart, muscles, lungs, and bone structure would be incapable of supporting them without assistance on Earth. Long-term Martian colonists would adapt to their planet and their planet only.

Why do we have this burning love for Mars? Astronomer Wayne Schlingman dishes the Red Planet dirt.

Of all the planets in the Solar System, why date Mars?

Mars is captivating and has been throughout history. It’s one of the bright planets we can see in the nighttime sky, an object with color that we can see with our own eyes and that has been associated with extraterrestrial life since the advent of the telescope. When the “canals” on Mars were seen by Percival Lowell, the idea of “Martians” came into being. Little did we know at the time that Mars could have supported or may currently support life. We know the past history of Mars would have allowed it to have a climate similar to Earth’s today.

What Does Mars Have That the Other Orbs Do Not?

Mars has our love. We can go to Mars and explore as people. Sure we have been to the Moon, but Mars is much more like the Earth than the Moon is. Imagine walking up a dried riverbed and seeing what I imagine is a landscape like what you see in the Southwest, USA, but is a WHOLE other planet.

When We Get There, Will We Wish We’d Chosen Another?

There are many choices to pick from in our Solar System, but Mars has never disappointed. Every time we think we have figured it out, Mars surprises us again. The mysteries Mars contains tells us a lot about ourselves as well. So Mars is a great partner in crime.

Mars already reciprocates and has left some of itself here on Earth. Meteorites have landed on the surface of the Earth that came from impact craters on Mars. In fact, it is possible that it may not have been the Earth that developed life first and Mars “seeded” life on Earth, or vice versa.

If We Marry Mars, What Will Our Children Look Like?

Depending on how we get married to Mars, we could end up as a happy long distance couple or our relationship may be much more impactful. Early on in the formation of the Solar System, the Earth did have a short-lived relationship with a Mars-sized object named Theia. When Theia and the Earth consummated the relationship, they became one and gave birth to the Moon.

What About Divorce; Can We Still Come Home?

Earth will always be a home for humanity, so even if Mars does storm off and kick us out we will be able to gain sanctuary on Earth. What we have to worry about is in about 4 billion years when the Sun makes the Earth uninhabitable.

What If Earth Won’t Take Us Back?

If Earth won’t take us back, we’ll have to find a way to make things work on Mars. We may need to have significant terraforming and climate adjustment. We could make life work on Mars. It’s just a matter of how much we want to work it out.

THE MARTIAN CHRONICLES: The Intersection of Storytelling with Reality

From the Romans to the Hindus to the Mayans, ancient people have long associated Mars with war, strife and bad omens. And as soon as telescopic observations allowed us to draw roughly accurate maps of the Red Planet’s surface, we wondered if it harbored life — and if that life meant us harm. Instead of just heralding war, would that planet be a source of conflict or invasion?

A History of Exploration

A History of Exploration