At the turn of the new year, we take a step back to evaluate the stories we told about the College of Arts and Sciences community in 2021. We are proud to present some of our top stories of the last 12 months, and as we forge ahead into 2022, we look forward to another year of excellence, innovation and distinction. 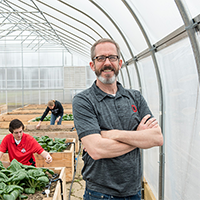 Kip Curtis, an associate professor of history at Ohio State-Mansfield, is crafting a new narrative around sustainability through the Mansfield Microfarm Project, which places social justice and equity at the forefront of urban agriculture. The project has blossomed into nine microfarms, each a new small business that is part of one membership cooperative called the Richland Gro-Op. 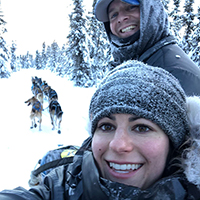 Alaska is known by many as “The Last Frontier.” For Matthew Failor ’07, he just calls it home. In March, he competed in his 10th Iditarod, the famous sled dog race that traverses the Alaskan wilderness. Failor, who earned his degree in photography, continues to find inspiration in his adventures in Alaska from his experience at Ohio State. 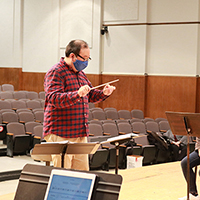 Collaborating to bring ‘L'Histoire du Soldat’ to the stage

Jae Park, a DMA student in orchestral conducting, needed experience conducting orchestral works as part of his graduation requirement. The School of Music and the Department of Theatre, Film, and Media Arts collaborated to present Igor Stravinsky’s “L’Histoire du Soldat,” a piece perfect for Park to conduct for more than one reason. 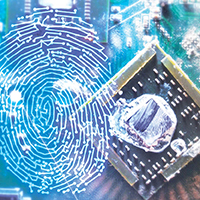 Physics Professor Daniel Gauthier, along with Potomac Research, LLC, received $1.1 million from the U.S. Army to continue development on the Entropy Extraction Device (EED). The EED is a physically unclonable function, which uses chaos to assign unique digital fingerprints to electronic chips, making them virtually unhackable. 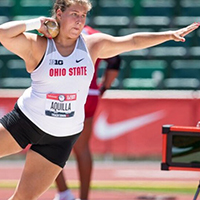 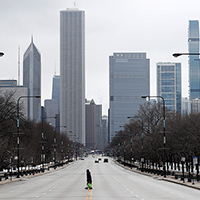 For journalists reporting during 2020 and 2021, it was sometimes hard to know where to begin. Phil Mattingly of CNN, Charles Rex Arbogast of the Associated Press and Jamilah Muhammad of Spectrum One News — all alumni of the College of Arts and Sciences — reflect on how they’ve navigated a hectic and demanding news cycle. 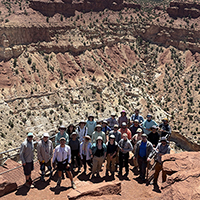 Back to campus, back to the field, back into the community

Last fall, we were excited to welcome the College of Arts and Sciences community back to campus. Students returned to many rewarding and educational experiences thanks to the resumption of eye-opening field adventures in the School of Earth Sciences and fulfilling service-learning courses led by faculty from all over the college. 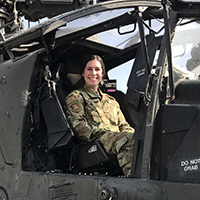 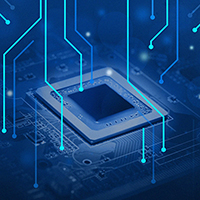 Ezekiel Johnston-Halperin, a professor in the Department of Physics, is directing Ohio State’s leadership in the revolutionary, multi-institutional QuSTEAM program. The project, funded by the National Science Foundation, aims to develop a diverse and contemporary quantum-ready workforce by transforming and creating equitable pathways to quantum science education. 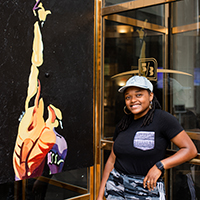 “An artist’s duty … is to reflect the times,” activist and musician Nina Simone once said. For art education alumna Francesca Miller, they are words to live by — from painting murals in downtown Columbus during protests against racism to creating commissioned pieces for Abercrombie & Fitch and Land-Grant Brewing Company. 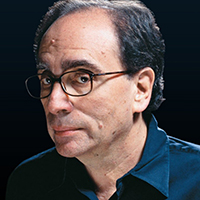 R.L. Stine ’65 might be one of the College of Arts and Sciences' spookiest alumni, and he has inspired — and frightened — children around the globe. We chatted with the literary mastermind behind Goosebumps to discuss what he’s been up to, his R.L. Stine Scholarship, the recent Netflix series based on his Fear Street books and the Disney+ show “Just Beyond.” 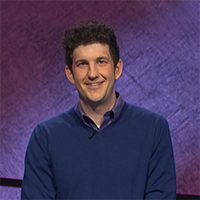 Matt Amodio, an alumnus of actuarial science and applied statistics, concluded his "Jeopardy!" run with $1.5 million after winning 38 consecutive games, the second-longest winning streak in the show’s history. 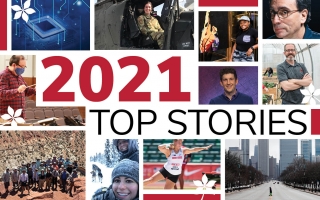