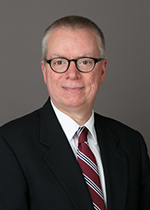 Brakke, who has been with Ohio State since 2012, studies and teaches the history and literature of ancient Christianity from its origins through the fifth century, with special interests in asceticism, monasticism, “Gnosticism,” biblical interpretation and Egyptian Christianity.

His current projects include a new translation of the Festal Letters of Athanasius of Alexandria and a study of early Christian scriptural practices before and after the listing of a New Testament canon. He is president of the International Association for Coptic Studies and a member of the board of consultants for the Journal of Religion.

“I appreciate deeply the Guggenheim Foundation’s validation and support of my scholarship,” Brakke said. “Ohio State is a great place to engage in the interdisciplinary study of religious traditions, and the Guggenheim Fellowship will advance my research and enhance my teaching in this vital area of the humanities.” 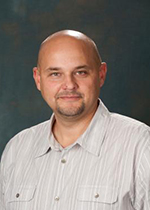 Stanek, whose time at Ohio State began in 2005, is an observational astrophysicist who studies massive stars, supernovae, gamma-ray bursts and the cosmological time scale. He and his collaborators have shown that gamma-ray bursts are directly linked to the deaths of massive stars and pioneered the use of red clump stars as a distance indicator in the galaxy and beyond.

Together with Christopher Kochanek, professor of astronomy, Stanek co-leads the All-Sky Automated Survey for Supernovae (ASAS-SN), an Ohio State-led automated telescope network that observes the entire sky every night. In 2020, Stanek and Kochanek were awarded the Beatrice M. Tinsley Prize by the American Astronomical Society for their leadership of ASAS-SN.

"It is a great honor to be awarded the John Simon Guggenheim Fellowship,” Stanek said. “I am grateful to my collaborators and friends on the All-Sky Automated Survey for Supernovae project, which will be focus of my fellowship work. We plan to implement further improvements in ways that ASAS-SN public data can be made even more useful to the worldwide astronomical community.”

Brakke and Stanek are two of 180 Guggenheim Fellows for 2022 chosen from a from a rigorous application and peer-review process out of almost 2,500 applicants. In all, 51 scholarly disciplines and artistic fields, 81 academic institutions, 31 states and the District of Columbia, and four Canadian provinces are represented in this year’s class of Guggenheim Fellows. 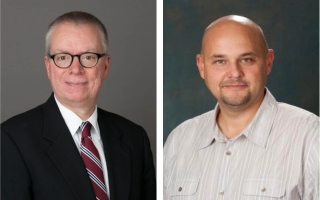