97.1 The Fan's Murray gives back to students 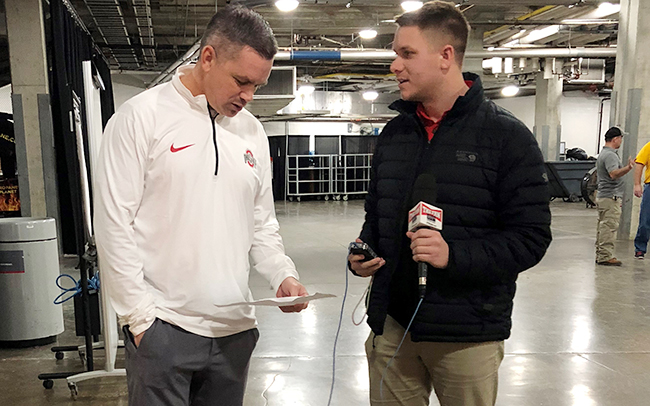 Brad Murray is paying it forward.

An assistant promotions director at 97.1 The Fan who graduated from Ohio State with a degree in strategic communication in 2018, Murray’s Buckeye experience continues to influence how he approaches his job every day.

On Tuesday, Oct. 6, he’ll speak with students about his journey as part of a virtual student-alumni engagement series, Coffee Chat, presented by the College of Arts and Sciences Center for Career and Professional Success. The series opens opportunities for students to connect with professionals in the industry who were once in their shoes, and it gives alumni a chance to offer their insights on how they leveraged their Arts and Sciences experience into a fulfilling career.

“I think it’s really important to talk to professionals in the industry you want to break into,” Murray said. “When I was asked about this, I was like, ‘Sure. I’d love to give back to this institution that’s given so much to me.’”

Get connected with other events hosted by
the Center for Career and Professional Success.

Murray grew up in Urbana, Ohio, and has listened to 97.1 The Fan for over a decade. Throughout high school, he always thought working for the radio station and covering local sports sounded like a fun job, and when he came to Ohio State, his goal was to enter into the sports broadcasting field. While at school, he ended up interning for 97.1, and when he graduated, his internship turned into a full-time gig.

For the first year and a half, Murray and 97.1 were humming along. Then, back in March, COVID-19 turned everything — including the local and national sports scene — upside down.

“That was crazy,” he said. “I remember, it was a Thursday, and my manager came over and he was like, ‘Make sure you can work from home,’ and the next day they were like, ‘Alright we’re all working from home.’ I remember when they cancelled the NCAA Tournament, I thought, ‘Oh wow. This is real.’”

No live sports meant no sports to talk about. Murray, however, kept things going, kept creating content to push out and keep the station’s audiences engaged. He put together a March Madness-style bracket that pit classic sports movies against each other (and, maybe to no one’s surprise, the sports comedy “Major League,” featuring the Cleveland Indians won). He came up with talking points to generate sports discussion like which past Ohio State quarterback was best in school history or the Columbus Blue Jackets’ playoff prospects.

“For me, it was mostly just coming up with content and adapting,” Murray said. “Then in the summer, sports started coming back — we got golf back, the NBA, the NHL. Things got a little bit easier.” 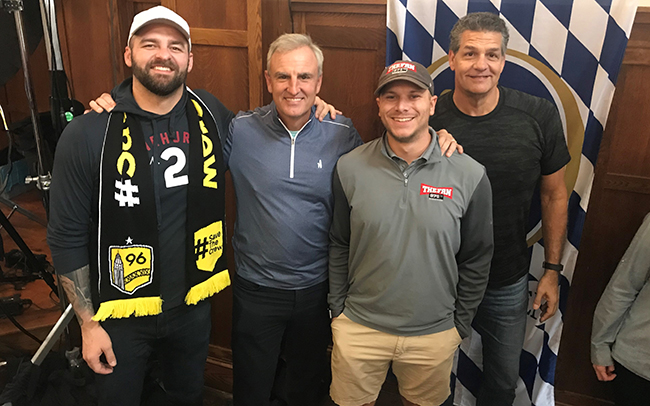 Now, with the sports world getting more and more back to normal, and Murray credits his time at Ohio State with helping him adapt to an unforeseen and daunting challenge. It’s an experience he’s looking forward to recalling for students who are on the same path he was.

“As far as adapting to new situations, when I first went to Ohio State, that was a brand-new situation. I learned to just be ready for anything,” Murray said. “Connecting with people in the field was always something I could’ve experienced more of, to talk to alums in situations I wanted to be in someday. For me, I just felt like I needed to be that person for students now.”