When some people think about literature, they think foreshadowing, metaphors and allegories. When Angus Fletcher thinks about literature, he imagines unraveling why the experience of reading can be so immersive and moving.

Fletcher is a professor in the Department of English and Ohio State’s Project Narrative, the global leader in narrative theory. The program supports cross-disciplinary research to understand stories and how they work.

He writes about the psychological effects of these narrative technologies in his new book, Wonderworks: The 25 Most Powerful Inventions in the History of Literature, out March 9 from Simon & Schuster. In this interview, Fletcher shares how literature can help people boost their creativity, find courage and even heal.

Join Angus Fletcher and novelist, essayist and English Professor Michelle Herman on March 30 for a discussion of Wonderworks and the power of literature presented by Gramercy Books.

Could you give us an introduction to Project Narrative?

Project Narrative is one of Ohio State’s secret gems. It’s the world’s leading think tank for studying stories, which are perhaps the most powerful things we humans have ever invented. Stories power almost everything we do: our politics, our businesses, our daily lives. So, what’s the secret to that power? Nobody really knows. But at Project Narrative, we’ve gone further than anyone else into cracking the mystery.

Part of our big insight is that we treat a story as more than just the story itself. We treat it as a shared creation with the audience. So, to understand how stories work, we don’t just study storytellers. We also explore what’s going on your mind when you hear or read a story.

What inspired you to write Wonderworks? 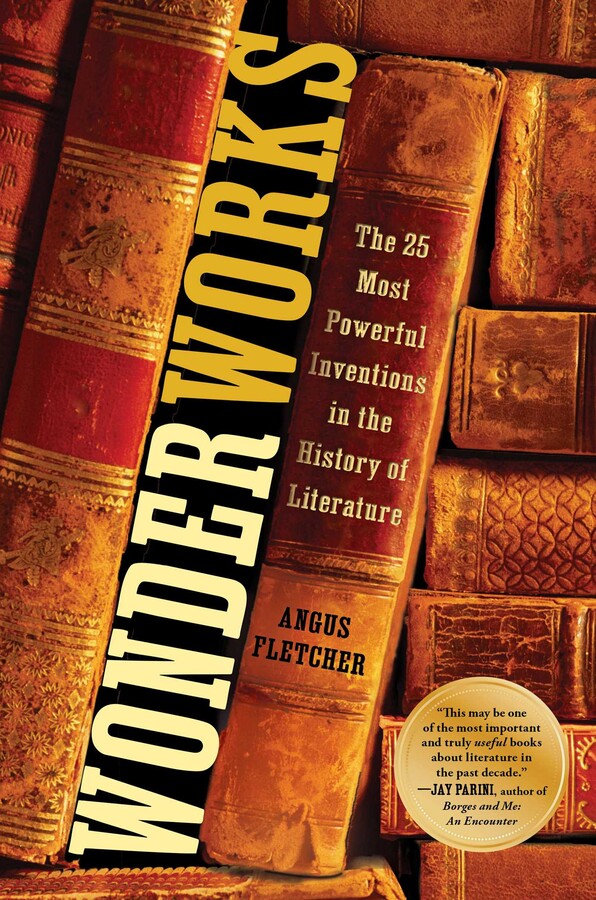 When my dad read me bedtime stories many years ago, it filled my mind with the most remarkable characters and emotions and faraway places. I was amazed at the apparently magical power of literature to create so much wonder, fun and imagination in my head.

I thought that when I got to school, I’d learn how literature produced all that magic, but I quickly discovered that literature classes are mostly focused on something different: training us to interpret literature for its themes and to critique it for its arguments. That’s important work, but it can’t explain the imaginative and emotional effects of literature on our brain.

In my research, I delve into those effects, looking at how literature stimulates our creativity, joy, hope, courage, empathy and more. Literature can even heal our brain. For example, there are two separate types of PTSD, and literary authors developed therapies for both before psychiatrists even knew that both existed.

Wonderworks is the first mainstream book to try to explain how literature does all those amazing things in your head and how to get more of literature’s brain benefits for yourself. You can think of it as sort of a love letter from my lab at Project Narrative to the world.

Have you noticed any crossover between the books we typically think of as “classics” and the books that also pioneer these tools and innovations?

A lot of books I explore in Wonderworks are considered classics: Homer, Sappho, the ancient poems of Mesopotamia, Persia, China and Africa. But those classics didn’t become classics because of the say-so of scholars like me. They became classics because they were embraced by big audiences, over generations, becoming widely beloved and celebrated. The same goes for modern classics by authors like Jane Austen, Maya Angelou and Frederick Douglass; they’ve sparked millions of minds outside of classrooms everywhere.

What prompted audiences to love those classics? Great literature is innovative. We can easily forget that, because when an author makes a breakthrough, it becomes so much a part of our lives that it seems as if it’s always been there. But it took a huge burst of imagination to create that literary breakthrough, and unlike the eternal, imagination is always a little lawless and a little different.

How do you think Wonderworks will change people’s conceptions of technology?

Technology is often viewed today as gadgets forged of silicon or steel. But the definition of technology is anything we humans make to solve a problem. Since literature is something we make to solve problems — problems like boredom, grief and our need for meaning — it’s a technology, too. That’s not to say that literature is the same kind of technology as a computer or a car. Those technologies are about taming reality: crunching data or crossing distances. In other words, they’re about solving the physical problems of our world.

Literature tackles a different set of problems: not the physical problems of living in our world, but the psychological problems of living as ourselves. Those problems are the ones that come from having a human brain, which is an extraordinary thing but is also fragile, limited and prone to volatile emotions. It’s full of fears we can’t control and doubts we can’t answer.

When people read Wonderworks, I hope they realize that there’s an enormous human possibility that can be accessed through the books on our shelves and the storytellers in our communities, such that anything we want to change, we can."

As challenging as those fears and doubts can be, literature can help us cope with them. It allows us to better regulate our feelings, alleviating grief, anger, heartbreak and even post-traumatic fear. It also allows us to manage our doubts, guiding us to find stability in uncertainty and to make purpose in the unknown.

Literature can do more than make our life less negative; it can also make our life more positive. Our brain has an enormous capacity for hope, for optimism, for love, for creative intelligence, all of which literature can boost, enriching our days. Literature can go beyond making us healthy and can help make us happy.

Why do you think stories have such a powerful influence in our lives?

Stories are ideas in action, so they empower us in all sorts of ways. They allow us to forge our personal identities — where we came from, where we’re going. They also allow us to join together in shared pursuits and collective activities, forming businesses, schools and cultural movements.

Because stories make life happen, we can never have too many creative storytellers. Life is always changing, so we need authors with the imagination to dream the stories of tomorrow.

Those new storytellers are more important now than ever. We need stories from fresh perspectives and outside voices because that narrative diversity is crucial for our democracy to grow. It helps us overcome obstacles and thrive in tomorrow’s unexpected challenges. That’s why we have to do everything we can to empower the next generation of storytellers.

What is story science?

Story science explores the nuts-and-bolts of narrative, like how plots work, why we identify with certain characters and what gives our favorite storytellers their distinctive style and voice. Story science also uses neuroscience to explore the effects of narrative, including how stories can touch our emotions, enlighten our minds and power us forward.

For me, life’s biggest mystery besides literature is the human brain. It can do so many things, and what’s even more amazing is that all of us have slightly different brains. I like to explore that variety and not assume that everyone’s going to read and experience a work of literature the same way.

What Wonderworks reveals is that literary inventions can have simple blueprints, but because our brains are different, those simple blueprints can have richly varied applications. So, if you’d like more of Sappho’s invention for creating love, but you don’t click with Sappho, you can find her invention in Walt Whitman, or maybe even your favorite pop song or film.

What role do you think the humanities, and literature more specifically, play in helping us tackle some of society’s most challenging problems?

Literature’s special place in the humanities is to give us access to imagination and emotion. Imagination helps us envision new actions, and emotion motivates us to do those actions, making the possible actual.

When people read Wonderworks, I hope they realize that there’s an enormous human possibility that can be accessed through the books on our shelves and the storytellers in our communities, such that anything we want to change, we can. Change isn’t easy, of course, but it can always happen. Wonderworks provides a catalogue of extraordinary changes — including the creation of more peaceful, democratic and innovative societies — that have been brought into being by literary works that helped us imagine better tomorrows and then gave us the passion to bring those tomorrows to be. 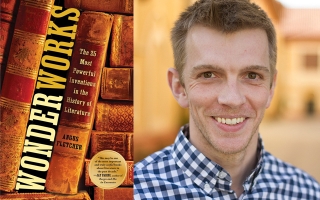