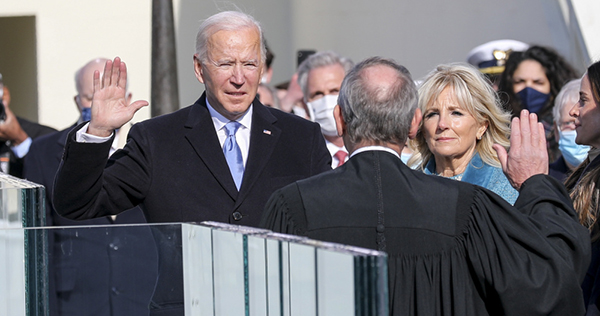 Joe Biden takes the oath of office as the 46th president of the United States.

On Jan. 20, Joseph R. Biden was sworn in as the 46th president of the United States. Experts in the College of Arts and Sciences weighed in on the inauguration, the shift in government and what people can expect from a new administration.

President Biden’s cabinet and inner circle look to be a stark contrast to that of his predecessor, Donald Trump. Sean Trende, a PhD student in the Department of Political Science and a senior elections analyst for RealClearPolitics, sat down with Ohio State Insights to discuss Biden’s cabinet and what it could mean for the country.

Dakota Rudesill, an associate professor of law in the Moritz College of Law and co-leader of Security and Governance at the Mershon Center for International Security Studies, joins WOSU’s All Sides with Ann Fisher to weigh in on Biden’s agenda, which included rejoining the Paris Climate Accord, reversing the Muslim travel ban and establishing a federal mask mandate.

Among Biden’s agenda items are plans to forgive $10,000 in student loans for federal borrowers. WBNS 10TV spoke with associate professor of economics Meta Brown to examine how such an action could provide financial relief for families and boost the economy.

FiveThirtyEight | Women of color were shut out of Congress for decades. Now they’re transforming it

Forty-nine women of color — more than ever before — are serving in U.S. Congress. FiveThirtyEight reached out to Wendy Smooth, professor of political science and women’s, gender and sexuality studies, to discuss the significance of better political representation and why there’s still much work to do.

President Biden takes over a deeply divided country that is still reeling from COVID-19. Paul Beck, professor emeritus of political science, told Al Jazeera that the U.S. remains a deeply polarized country and that one of Biden’s biggest challenges — addressing the pandemic — will be a monumental task.

The Trump administration pulled the U.S. out of the Iran nuclear agreement, a deal President Biden has promised to rejoin. Israel, however, has made it clear that doing so would significantly strain Israeli-U.S. relations. Peter Hahn, dean for arts and humanities and a professor of history, shares his insights with the international Pakistani news outlet, Indus News.

Several Arts and Sciences scholars also commented on the attacks on the Capitol building Jan. 6. Read what they had to say here. 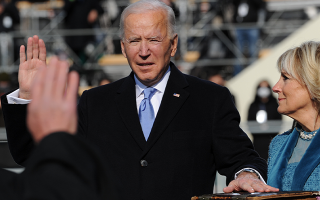