An Ohio State-record 26 Buckeyes are headed to Tokyo to compete in the 2020 Olympics, which begin July 23. Fifteen current and former Buckeyes from the College of Arts and Sciences community will represent their respective countries in their quest for Olympic glory.

The Arts and Sciences Olympians are: 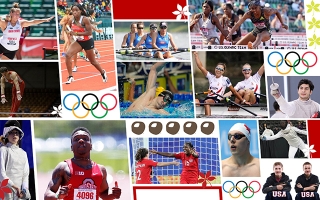