Whether you’re looking for your next favorite book or just want to show some support to Arts and Sciences faculty, we have some great suggestions for your next read. On this list, you’ll find a plethora of different topics that may pique your interest — from societal examinations to international history to harrowing personal experiences. Here’s a selection of books published by Arts and Sciences faculty in 2021: 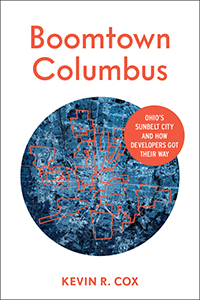 Boomtown Columbus: Ohio’s Sunbelt City and How Developers Got Their Way

In Boomtown Columbus: Ohio’s Sunbelt City and How Developers Got Their Way, political geographer Kevin Cox, professor emeritus in the Department of Geography, explores the issues that emerged during Columbus’ urban growth and development after World War II. Cox bridges his scholarly expertise with personal experience as a longtime resident of the city to examine how Columbus’ unfettered suburbanization and postwar expansion paralleled its Sun Belt peers and influenced livability for its residents. 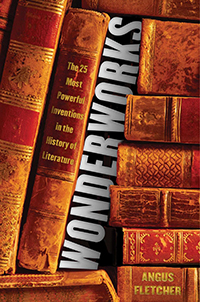 Wonderworks: The 25 Most Powerful Inventions in the History of Literature

Literature is a technology, and history’s greatest writers all made significant technical breakthroughs that can be seen as narratives and neuroscientific advancements. In Wonderworks: The 25 Most Powerful Inventions in the History of Literature, Angus Fletcher, a professor in the Department of English and Ohio State’s Project Narrative, examines the psychological effects of these narrative technologies, their influence on our understandings of ourselves and our emotions, and how they inspire creativity, hope and joy. 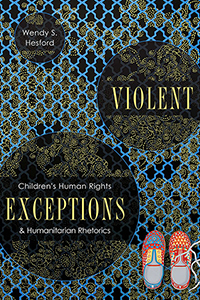 Modern political discourse often uses the humanitarian figure of the “child-in-peril” for purposes that rarely advocate for the needs of children at risk. In Violent Exceptions: Children’s Human Rights and Humanitarian Rhetorics, Wendy S. Hesford, Ohio Eminent Scholar and professor in the Department of English, demonstrates how the child-in-peril figure is predicated on racial division, how it is appropriated by politicians as a means of leveraging humanitarian storytelling as a political weapon, and how it turns public attention away from children’s human rights. 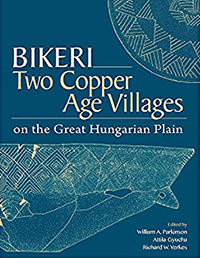 Cotsen Institute of Archaeology at UCLA, 2021

Co-edited by William A. Parkinson, Attila Gyucha, and Richard Yerkes

The Northern Balkins and Carpathian Basin underwent significant cultural, organizational and social changes during the transition period from the Neolithic period to the Copper Age. Bikeri: Two Copper Age Villages on the Great Hungarian Plain describes multidisciplinary research conducted by the Körös Regional Archaeological Project in southeastern Hungary that examined the similarities and differences between two Tiszapolgár culture villages. Co-edited by Richard Yerkes, professor in the Department of Anthropology, Bikeri provides insights on how the innovative research yielded the first extensive, systematically collected datasets from early Copper Age settlements on the Great Hungarian Plain. 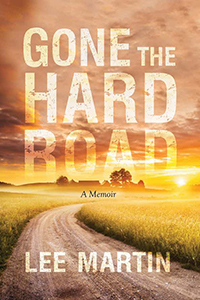 Building off his lauded memoir From Our House, Lee Martin’s Gone the Hard Road tells the story of the endurance and sacrifice of his mother, Beulah, and the gift of imagination she passed to her son. Martin, a College of Arts and Sciences Distinguished Professor in the Department of English who was a Pulitzer Prize finalist for his novel The Bright Forever, crafts a poignant and honest picture of the world his mother created for him in an otherwise unsettled family life. 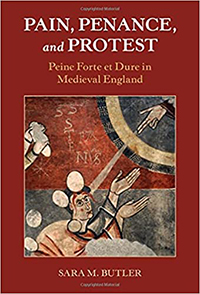 Defendants in medieval England who refused to plead to criminal indictments were sentenced to pressing with weights until a plea was entered. By examining the relationship between law and Christianity through the perspective of peine forte et dure — French for “forceful and hard punishment” — Pain, Penance, and Protest: Peine Forte et Dure in Medieval England explores punishment, penance and how pain functions as a vehicle for redemption within the common law. Author Sara Butler, the King George III Professor of British History in the Department of History, describes the mythology behind peine forte et dure and how it functioned within the medieval criminal justice system. 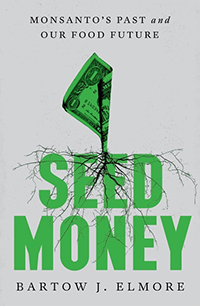 Seed Money: Monsanto's Past and Our Food Future

Seed Money: Monsanto's Past and Our Food Future exposes the questionable business practices employed by Monsanto, an agrochemical and agricultural biotechnology corporation, to become a global powerhouse and reshape America’s farmland. Bart Elmore, associate professor in history, gives insightful context by weaving together many components of Monsanto’s dark past for the first time, going beyond Roundup Ready seeds to establish how the company profiting from harmful products impacts the future of our food. Read our interview with Elmore from 2021 about the book and environmental history. 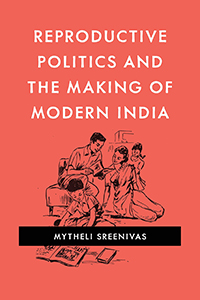 Reproductive Politics and the Making of Modern India

Exploring how the personal and the political intersect in conversations about reproduction, Reproductive Politics and the Making of Modern India tells of historic change in a country that’s often pushed to the forefront of debates about reproductive rights and overpopulation concerns. Mytheli Sreenivas, an associate professor of history and women’s, gender and sexuality studies, explains why people across the globe believe that, in India, to limit disproportionate population growth and strive for more economic development we must control women’s reproduction. This book shows how that wrongful implication, which has garnered attention since the late 19th century, has raised many questions that we haven’t quite answered. 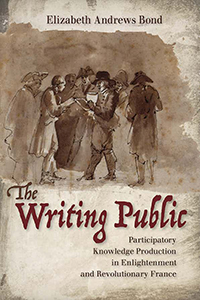 Elizabeth Bond, an associate professor of history, devoted much time to analyzing more than two decades of letters to the editor in France’s local newspapers from before and during the French Revolution. Her book The Writing Public: Participatory Knowledge Production in Enlightenment and Revolutionary France details the thoughts, opinions and lives of everyday people who participated in civic discourse, offering more evidence as to the potential connection between the Enlightenment and the political upheaval that ensued. 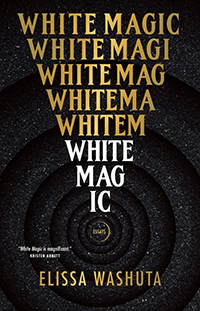 In White Magic, Elissa Washuta, member of the Cowlitz Indian Tribe and assistant professor of English, strengthens her connection with the native spirits her ancestors knew on a journey to understand cultural inheritance. While this collection of intertwined essays details Washuta’s search for love and meaning, it doesn’t shy away from recounting her experiences with abuse and addiction, which resulted in bouts of PTSD and misguided drug treatment, but she soon discovers the true power within herself. 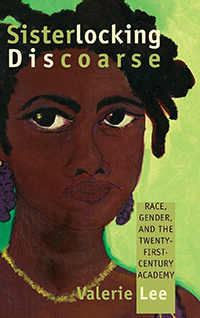 The essays in Sisterlocking Discoarse: Race, Gender, and the Twenty-First-Century Academy transcend one mere form of storytelling, boldly intertwining memoir, literary analysis, legal cases and folklore with media such as letters, family photographs and cartoons to examine how race and gender impacted the experiences Valerie Lee, professor emerita in the Department of English, had during four decades of teaching in higher education. Lee proves why more women of color in the professional world, and specifically academia, deserve to have their stories heard.