Badu-Tawiah and Karbowski recognized for innovative research and entrepreneurship 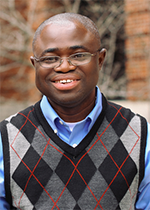 Two members of the College of Arts and Sciences community were recognized for their excellence and innovation in research and entrepreneurship by the Ohio State Office of Research and the Office of Innovation and Economic Development during the 2021 Research and Innovation Showcase.

Associate professor of chemistry and biochemistry Abraham Badu-Tawiah was named Early Career Innovator of the Year, and undergraduate student Caroline Karbowski was named co-Next Generation Innovator of the Year. The awards celebrate Ohio State scholars whose research and entrepreneurship contribute to excellence in technology commercialization. 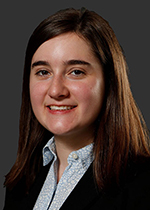 Badu-Tawiah’s research focuses on accelerated droplet chemistry, which allows fast reactivity for screening and analytical applications. His contributions in microfluidics and biomedicine have the capacity to revolutionize the field of chemical detection for applications including early diagnosis and public safety. He is developing innovative devices for early-disease diagnosis in limited-resource environments and underserved populations.

Karbowski is a third-year majoring in biology with minors in chemistry and American Sign Language. She is founder and CEO of See3D, a nonprofit that prints and distributes 3D-printed models for blind and low-vision individuals. Karbowski founded the start-up her senior year of high school, and since 2017, it has distributed over 1,400 models to individuals in 21 states, nine countries and 23 organizations.

Jenny Barker, a postdoctoral scholar in the College of Medicine, was also named Next Generation Innovator of the Year.

Peixuan Guo, the Sylvan G. Frank Endowed Chair in Pharmaceutics and Drug Delivery Systems in the College of Pharmacy, was named Innovator of the Year. 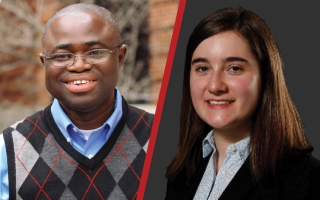