When it was his turn to the dot the i at Ohio Stadium, Jon Lampley didn’t expect to get emotional.

Then he saw his parents’ faces in the stands.

“I remember I was totally cool, all good, and then I got to Skull Session and I totally broke down,” Lampley said. “You can’t really help it. I was fortunate to have family and friends there. I’ll never forget it.”

While that 2011 day is long past for the Ohio State graduate, Lampley will get to relive some of his TBDBITL glory days Saturday when he performs in front of 100,000 fans at halftime of Ohio State’s football game against Cincinnati. The band Huntertones, of which Lampley is one of six members, will be joining The Ohio State University Marching Band on the field for its “Salute to Ohio Artists” halftime show.

Huntertones is made up entirely of Arts and Sciences alumni. Lampley, a sousaphone player from 2008-11, is one of two former TBDBITL members in Huntertones. The other, Chris Ott, played trombone with the marching band from 2006-09. 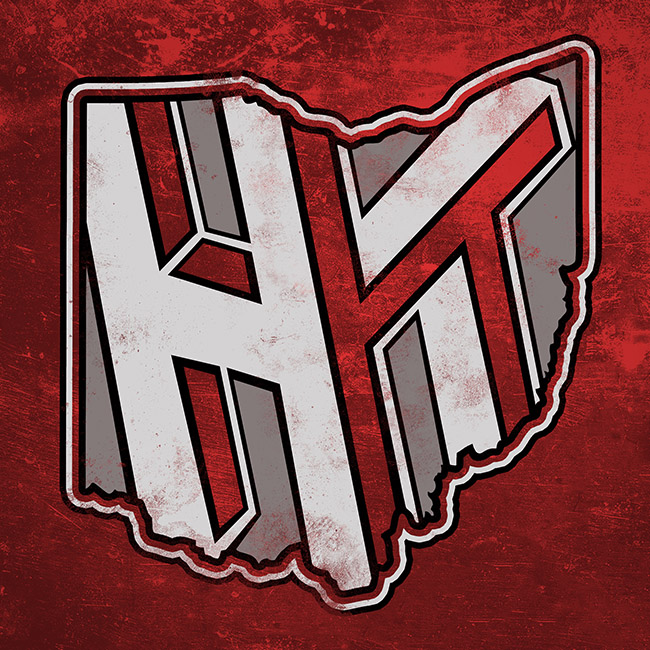 Like Lampley, Ott can’t wait for his opportunity to be back in front of the crowd at the ’Shoe.

“The energy of the stadium and the energy of Columbus, nothing compares to what Columbus feels like on a game day and seeing everybody decked out in their Scarlet and Gray and their jerseys, and hearing the band,” Ott said. “I almost get chills just thinking about it.”

Lampley and Ott met their fellow members of Huntertones while in school at Ohio State. Lampley was initially a psychology major with plans to be a psychiatrist, but he switched to jazz studies in the School of Music when he realized his passion for music needed to become his career. Ott earned his degree in music education and jazz performance.

Both showcased their love for performance by marching with TBDBITL, but that wasn’t where they stopped.

Collaborating with now-Huntertones member and music education and jazz studies graduate Dan White, the three received a grant from the university to study the process of musical recording. They turned that grant into “Fight the Team,” a jazz album that rearranged traditional Ohio State school songs for their instruments. While not expecting much of a reception, Lampley was soon overwhelmed with requests for the album. It sold in stores around Columbus, and they quickly ran out of both cases of CDs they ordered.

“I didn’t think it was going to be a big deal,” Lampley said. “But still to this day I get emails from people asking where they can find that ‘Fight the Team’ album.”

But that wouldn’t be their last collaboration. The trio teamed up with Ohio State grads Adam DeAscentis, John Hubbell and Josh Hill — all jazz studies majors — to form the Dan White Sextet (DW6). Performances around the city soon followed, and after recording albums as DW6, they changed their name to Huntertones. Their first album as Huntertones dropped in 2015.

Their popularity grew locally and eventually expanded regionally, nationally and internationally. They’ve played shows in Asia and Africa in recent years and will be returning to Asia to play in South Korea and Shanghai later this year.

“It’s kind of crazy how things pop up quickly,” Ott said. “We’ve had the opportunity to see a lot of places around the world, and it’s pretty cool to do that through playing our music. I feel grateful that Ohio State brought us all together, and I feel like that was the starting point for pretty much everything I’m doing now.”

Ott and Lampley will get their chance to return to their starting point this weekend.

TBDBITL and Huntertones are set to play songs from notable Ohio artists including John Legend, Twenty One Pilots and Ohio Players. The full group will also combine to play “Togo,” a Huntertones song off their third album, Passports. Huntertones jumped at the opportunity to play their first stadium gig at their alma mater.

“None of us looked at our calendars,” Lampley said. “We were just like, ‘Yes, and we’ll move everything else around.’”

Their calendars tend to be quite full, as they are currently based in Brooklyn. Besides playing with Huntertones, Lampley is part of the band O.A.R., short for Of A Revolution. He is also a member of Stay Human, the house band for “The Late Show with Stephen Colbert.”

Also on their busy calendars for September is a show at The Athenaeum Theatre in Columbus. Fans who enjoyed Huntertones’ performance at Ohio Stadium on Saturday can hear them again Sept. 12 at 8 p.m.

But the big centerpiece of their time back in Columbus is undoubtedly Saturday’s show in front of the Ohio Stadium crowd. Ott has tried to prepare his bandmates for the experience, but he knows there’s no way to explain what it feels like to perform in front of 100,000 people wearing Scarlet and Gray. And there’s no way to explain what it will be like to play with a group of 200 musicians instead of their usual six.

They’ll just have to feel it for themselves.

“Just the sheer sound of [TBDBITL] is something so unique,” Ott said. “I have so many memories associated with that. It’s gonna be really cool to be there and playing with them. It’s a once-in-a-lifetime opportunity.” 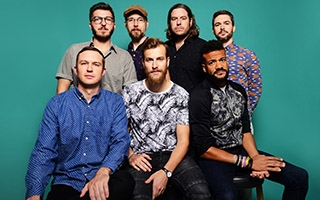