Stephen Gavazzi, professor of human development and family science in the College of Education and Human Ecology, has been named director of CHRR at The Ohio State University, effective May 16, 2022, through August 2026.

Gavazzi, who has served as CHRR’s interim director since September of 2021, has traditionally been focused on the family’s impact on adolescent health and well-being, with his more recent research exploring topics related to higher education. He is the author of Families with Adolescents: Bridging the Gaps Between Theory, Research, and Practice and Land-Grant Universities for the Future: Higher Education for the Public Good. His latest book, What’s Public About Public Higher Ed? Halting Higher Education’s Decline in the Court of Public Opinion, was based on survey data from the American Population Panel, which is managed by CHRR.

“Over the past seven months, I have been tremendously impressed with the breadth and depth of survey and data services that CHRR provides to researchers here in Ohio, across the nation and, increasingly, around the world,” Gavazzi said. “I believe our growth increasingly will be tied to the efforts of those Ohio State faculty, staff and students who are working at one of the nation’s premier research universities.”

“Gavazzi’s reputation as a leader with vision and effective implementation has been evident during his time as interim director and throughout the interview process,” said Ryan King, dean of social and behavioral sciences. “He has experience with strategic planning and is known for building relationships within and outside of the university. I have already learned much from Steve during his time as interim director, and I look forward to supporting him and the team at CHRR.”

Formerly known as the Center for Human Resource Research, CHRR is an interdisciplinary research center within the College of Arts and Sciences that develops survey software, designs survey instruments, oversees field work and generates and disseminates fully documented data sets for researchers in government, private research organizations and universities around the world. 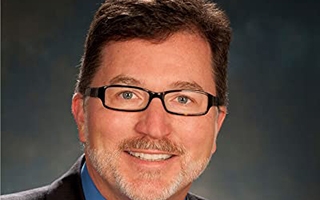