Get scared with these Halloween movie picks

We sure do. We asked some Arts and Sciences experts to list some choice horror movies for your Halloween viewing pleasure. From underseen cult favorites to contemporary classics, these frightening flicks will keep you well-stocked in shock this Halloween season.

Mizejewski, an Arts and Sciences Distinguished Professor in the Department of Women’s, Gender and Sexuality Studies, is a scholar of cinema studies and popular culture with a specialization in horror studies. Her courses examine feminism in film, early film theory that critiques horror as a misogynist genre and how modern feminist film critics have studied more complicated themes of horror’s renditions of difference, sexuality, race and disability. Mizejewski also leads the study-abroad course, “Studies in Gender and Cinema: The British Horror Film in London,” which she hopes resumes in summer 2022 after its hiatus caused by COVID-19.

What I love about this is that it’s a deliberate feminist rewrite of the original ‘Halloween.’ It takes the ‘final girl’ character but makes her really savvy and refuses to say she has to be a virgin in order to live. It doesn’t punish her for being sexually active. It has two ‘final girls’ — two women from two generations who bond together. It also exposes the villain, the slasher, as not a monster, but just a high school kid, a popular guy who hates women.”

It’s a film that is terrifying but also beautiful, and it’s one of the few horror films that is very emotionally moving. Not many horror films will make you cry at the end, but this one does.”

This was where horror realized it can be campy, over the top, excessive. It includes a queer character — the director was one of the few directors who was out in Hollywood as a queer director. Because his original ‘Frankenstein’ was so popular, he had carte blanche to do whatever he wanted in ‘Bride of Frankenstein.’”

Kattelman, an associate professor and curator of the Jerome Lawrence and Robert E. Lee Theatre Research Institute, is an affiliated faculty member of the Department of Theatre, Film and Media Arts. A performance scholar and director, Kattelman’s research interests focus on popular entertainments and the history of magic and conjuring, with a particular focus on horror entertainments.

“The Exorcist” (directed by William Friedkin, 1973)

Scared the devil out of me (pun intended)! I still find it to be an effective and intriguing film. So much hype surrounded its release — the set was cursed, Linda Blair went mad, subliminal images. I love the ballyhoo as much as the film.”

It's creepy. The performances are excellent. It has something important to say about race in America. Jordan Peele changed the game with this one.”

A crazy gorefest that is so much fun. Some great jump scares and humor too! And the low-tech special effects in this film are amazing.”

Lots of folks don't like the twist ending, but I love it. A unique take on the ‘final girl’ trope. Also, lots of great gore effects.”

A classic. The title and the incredibly effective soundscape create the illusion that it is a very bloody film, but it's actually not. Also, the behind-the-scenes stories of the filming are great.”

Beebe, a professor in the Department of Art and core faculty member in Film Studies, is an award-winning filmmaker and has screened his films around the globe with recent solo shows at the Laboratorio Arte Alameda (Mexico City), the School of the Art Institute of Chicago, Anthology Film Archives and dozens of other venues. Beebe notes, “When I owned a video store, there were a few films that I routinely recommended as overlooked gems that I’d stumbled upon myself at one time or another.”

'Blue Sunshine' exists at the blurry border between horror and science fiction. I stumbled across it on a used VHS tape that I picked up for a buck, knowing nothing beyond the striking cover of the tape. The start of the film is totally shocking — you really don’t start to understand the plot until maybe 15 minutes in. I don’t want to say too much because the power of the film relies on walking in blind, so people just need to take the leap of faith on this one."

For a stretch in the ’60s, there was no director better than Frankenheimer — he directed 'The Manchurian Candidate,' 'Seven Days in May' and 'The Train' in the lead up to 'Seconds' — and this may be my favorite in that stretch. It was shot largely with very wide-angle lenses by James Wong Howe, the legendary Chinese American cinematographer, who’d been making films since the silent era, and the film looks like nothing else. It also stars Rock Hudson, who really gets to a dark (and sweaty!) place that feels like the opposite end of the filmmaking universe from his pairings with Doris Day."

De Camilla is a lecturer in the Department of French and Italian specializing in horror cinema, popular Italian cinema, genre theory, gender and sexuality studies and feminist cultural theory. They recently graduated with their PhD in Italian studies from Ohio State, with their dissertation titled “Female Leads: Negotiating Minority Identity in Contemporary Italian Horror Cinema.”

'The Babadook' has received global acclaim in part for its female director, Jennifer Kant. As the horror genre has largely been dominated by male auteurs, it is exciting to see women directing and producing horror/thriller films today. It also treats anxieties about having children in the contemporary space and speaks to broader global sentiments about motherhood and identity."

A remake of a famous Italian 1977 slasher by horror auteur Dario Argento. The remake depicts representations of Jewish identity in a post-Holocaust Germany and features a protagonist with an Ohio Mennonite family. While Guadagnino received critical attention for his 2017 coming-of-age film 'Call Me By Your Name,' he told The Hollywood Reporter in 2017 that the most transgressive work in cinema right now is being done in horror."

'Us' is Jordan Peele’s sophomore horror film — his first film, "Get Out," debuted in 2017. Effectively addressing issues of racism through horror, 'Us' made box office history when it domestically earned an estimated $70.3 million in its opening weekend, garnering the third-biggest horror opening ever. Peele began to receive academic attention by scholars such as Robin Means Coleman, who declares 'Black is back' in her recent piece, 'We’re in a golden age of black horror films,' and suggests that Peele’s films participate in a revived genre phenomenon featuring Black protagonists." 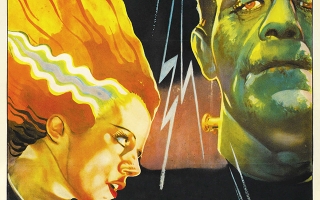