When Henry Panion III, MA '83, PhD '89, was first commissioned to compose a new musical work and put on a concert featuring violins restored from Holocaust concentration camps — known as the Violins of Hope — in Birmingham, Alabama, he wanted to design a program that blended two histories.

He decided to weave together themes from Jewish and African American traditions to be played on the Violins of Hope. The resulting concert, held in the same 16th Street Baptist Church the Ku Klux Klan bombed more than 50 years ago, killing four African American girls, shared a message of hope. 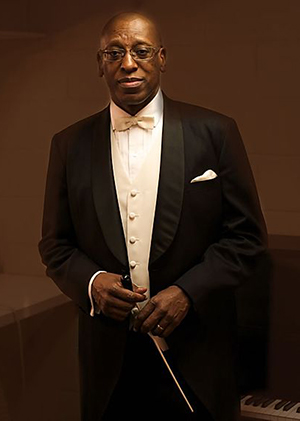 “Music has always been able to bring people together, and my goal was to try to see if I could present a program that would be respectful of all of the differences that were there, but yet be reverent and commemorative of the cause,” said Panion, who studied music theory at the Ohio State School of Music.

The response to his concert has transformed it into something much larger than Panion ever expected. Instead of staying on the stage, the concert became the centerpiece of the documentary film “Dreams of Hope” that premiered this month on PBS stations nationwide.

“I've been able to have (many) pinch-me moments since leaving Ohio State,” Panion said. “We wanted to do great work (with “Dreams of Hope”) and for people to appreciate it technically and musically, but to feel that your work could be impactful beyond those things to a lot of people — that's a whole new realm.”

Panion said his career in music production was jump-started as a graduate student in the School of Music, where his mentors, including retired Professor Emeritus David Butler, provided him with a wealth of knowledge and support throughout his graduate studies. He said they wanted to ensure he could complete his program while also staying involved with his array of extracurricular projects, like eventually arranging and orchestrating a Grammy award-winning album by contemporary Christian group The Winans. 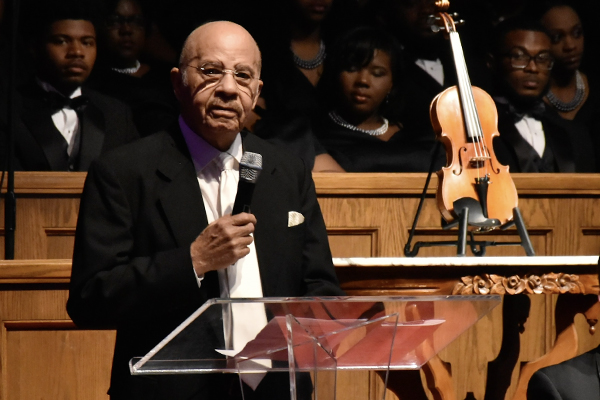 Birmingham's first African American mayor, Richard Arrington Jr., presented alongside one of the Violins of Hope during the concert. He said through this performance, Birmingham residents could finally see themselves as part of one community.

Those professional experiences opened doors, but he said one of the most significant advantages he gained from his Ohio State education was a familiarity with emerging technology that transformed music.

“We would have a chance to beta test every new keyboard, every new software package ... never knowing that that would become one of the most significant aspects of my career,” Panion said.

After he graduated, Panion went on to the University of Alabama at Birmingham, where he established a music technology degree and is now a Distinguished University Professor. His ability to utilize software for composing and arranging also launched him into perhaps his most notable role as conductor and arranger for Stevie Wonder, and he carries forward that technical knowledge into his other projects, including “Dreams of Hope.”

“That technology has been the key to my success,” Panion said. 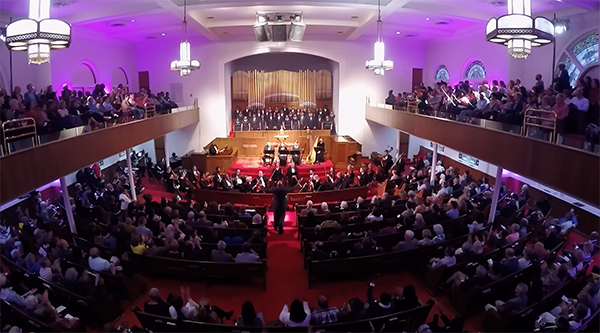 Henry Panion III leading the "Dreams of Hope" concert at the 16th Street Baptist Church in Birmingham, Alabama, in 2018.

During the week of rehearsals leading up to the “Dreams of Hope” concert, Panion realized they should get footage of the show for archival purposes. After the performance, audience members repeatedly told Panion about the powerful impact the music had on them. Because of that, he and his co-director, David Macon, decided to do interviews with attendees. That’s when he said they realized they may have something more.

They pitched a documentary exploring the parallel stories of violence, loss, survival and triumph illustrated by the Violins of Hope and the 16th Street Baptist Church to American Public Television and PBS, who jumped on board.

Panion said he hopes audiences who watch the documentary recognize that when good people come together for a common cause, in spite of past tragedies, they can change the world, even starting small on their own street, in their own town.

“Regardless of your persuasion, we're all longing for something positive and something that is healing,” Panion said. “I think the theme of ‘Dreams of Hope’ may just be resonating with everyone right now.” 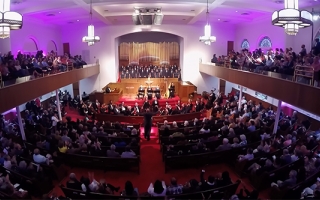