On cusp of retirement, Herman publishes novel with inspiration from former student 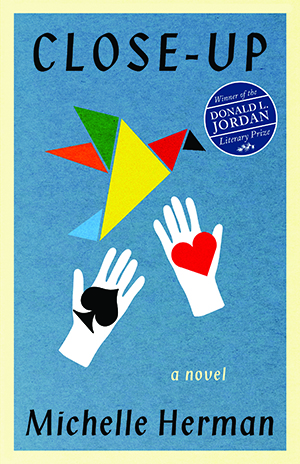 Department of English Professor Michelle Herman used to watch in amazement as internationally renowned magician Joshua Jay — then a student of hers — effortlessly performed magic tricks.

Jay made fellow students pick a card, then had that card somehow appear on the outside of their Denney Hall windows. At a Hanukkah dinner at Herman’s house one year, Jay levitated a gift that was intended for Herman’s daughter.

“It’s impossible to not be fascinated by him,” Herman said.

Like he did with many of his professors, Jay left quite an impression. But with Herman, that impression became inspiration.

Just months before retiring from Ohio State after 34 years as a professor, Herman will be releasing her latest novel, Close-Up, which features a main character who is a magician inspired by Jay. Herman first began to write the novel more than 15 years ago, and the book will complete its long journey to publication on March 15.

Not just drawing on a former student for inspiration, Herman also set the book in a fictional version of Columbus: Kokosing, Ohio. Herman did a deep dive into Columbus history from the 1950s-70s to make sure Kokosing felt real.

“I’ve always loved that sort of truth in fiction that you can then mold in a way you couldn’t in nonfiction,” Herman said. “And there was a sort of feedback loop, since the more I learned about Columbus, the realer my fictional town became, and the better I understood the people who’d grown up there.”

In the end, the New York native realized she had “sort of written a love letter” to her adopted hometown, where she has lived for more than three decades. When Herman originally moved to Ohio, she figured she would spend a few years in the state before moving back to New York City.

But teaching at Ohio State turned out to become her vocation as much as writing was. She had written since childhood, but a passion for teaching snuck up on her. As a Buckeye, she was able to create and build programs that have inspired generations of students, including a master of fine arts program in creative writing and an interdisciplinary program in the arts.

“I’m not sure any other institution would have given me the room to be the teacher I wanted to be and the opportunity to create the kinds of programs and new courses I have,” Herman said. “My colleagues and I have been able to create something special here.”

Over the years, as teaching gained more of a foothold in her life, Herman continued writing as well. Her first novel, Missing, was published by The Ohio State University Press in 1991. She has also published collections of short fiction, essay collections and a children’s book.

Her biggest success, though, was Dog, a 2005 novel whose canine title character was loosely based on a dog of her own. After Dog’s release, a friend made an offhand comment about how Herman’s next book should be based on her cockatiel. That comment came right around the time Jay was graduating, and it led to her sketching out a quick written scene involving a magician with a bird on his shoulder. And so began the off-and-on journey to Close-Up.

Over the next decade, Herman published three other books but kept coming back to Close-Up and her magician character. She would play with the concept sporadically, eventually cobbling together a draft of 1,000 pages.

Throughout the process, she consulted with Jay on how to make the novel’s magic scenes true-to-life. Over that time, Jay — who earned his English degree in 2005 — had become one of the world’s most successful magicians and had also written and published multiple books about magic.

“She would write with very, very specific questions about tricks,” Jay said. “And she had done her homework. She might ask about whether a trick would sound realistic, or for some examples of tricks that someone might practice for months.”

But more than just the simple tricks, Jay saw a magician’s life accurately reflected in the book when he got a copy.

“What impressed me most of all was how perfectly she captured the kind of dilemmas young, professional magicians face: issues of travel and family and obsession and seeing the world through the lens of magic,” Jay said. “I don’t know where she got that, because those aren’t things that we magicians wear on our sleeves.”

That their relationship has stayed strong since Jay’s graduation is a testament to the impact Herman has made on students throughout her 34 years at Ohio State. But the students have also clearly made an impact on her, and bidding them farewell is one of her biggest hesitations about retiring at the end of the semester.

“I do have a sense of maternal responsibility toward my students, and I would say that my relationship with them can make a big difference in their lives,” Herman said. “But also the experience of being with them has changed my life. And it’s informed my writing and my ways of thinking about writing.”

And just because her days of teaching will be over, that doesn’t mean her writing will be. Herman plans to find more time to write when she leaves Ohio State, which is something that has always been hard to squeeze into her schedule as a professor.

Count Jay among the people who are thrilled about that.

“I think [Herman’s retirement is] a sad day for Ohio State, but also a great thing for all of us who love her writing,” Jay said. “The world is better with more Michelle Herman books in it.” 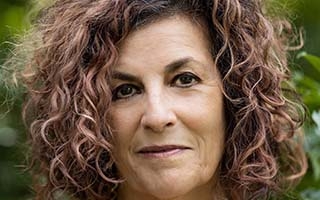