In honor of National Hispanic Heritage Month, we turned to a few Ohio State experts in all things music and culture to handpick some significant songs and compositions by Latinx artists and creators.

Their selections run the gamut from traditional to pop to punk to hip-hop, with some stops at some major pop cultural moments along the way.

Settle in, listen up and then check out their insights below.

Aldama, a Distinguished University Professor and director of Ohio State’s acclaimed LASER program, loves teaching and can typically be found engaging students on topics related to comics culture. His called his music selections for this assignment "Latinx Soundscapes Etched in Our Collective Latinx Cultural Memory." It starts with a galvanizing Woodstock performance in 1969 and ends in 2017 with one of the biggest blockbusters in pop music history, with stops along the way for some hip-hop classics, chart-topping hits and politically engaged songs of resistance. You can tune to Aldama's Professor LatinX podcast and learn more about his work here.

Santana: “Soul Sacrifice"
With its Latinx (Cuban rumba) percussive (congas) beats and Latinx rock fusion sounds, Santana blew everyone away Woodstock in 1969. The only other Latinx to play at Woodstock was Joan Baez (of Mexican and Scottish descent), but her covers conveyed more of her trademark folksy rhythms than Latinx soundscapes.

Cypress Hill: “Insane in the Brain”
In 1993, Cypress Hill used hip-hop rhythms and rap rifs along with code-switching lyrics (English and Spanish) to tell the world that Latinxs, like our African American brothers and sisters, are no longer willing to take living in a racist world: “Who you tryin' ta mess with ese?/ Don't you know I'm loco?”

Ozomatli: “Embrace the Chaos”
In 2001, Ozmatli hit No. 1 on the Billboard charts, using their trademark fusion of rock, jazz, reggae, and rap as a vehicle for vocal activism: “I say, Revolution, when he gon come?’”

Costa-Giomi is a professor in the School of Music, presenting a Latin American Music Celebration (which runs through October 3). It is a series of musical experiences highlighting the culture of Latin America and includes recitals by special guest artists from Universidad Nacional de las Artes, Argentina, musical compositions by world-renowned Latinx composers featured in concerts by Ohio State student ensembles and guest artist lecture presentations and demonstrations. These selections will be performed during the celebration.

Arturo Márquez: “Conga del Fuego”
Márquez, a noted composer and professor based in Mexico City, wrote this rousing, sweeping piece that draws its inspiration from the Afro-Cuba conga tradition. Ohio State’s Wind Symphony closes out the music celebration with this one on October 3.

For our playlist, Martinez-Cruz's selections cover soul, minimalist garage rock/spoken word and the astonishing voice of the "queen of Latin soul." She notes that these choices can "expand on what 'Hispanic' sounds like."

Kid Congo Powers: "La Llorina"
Let's get art house with this one. The sardonic spoken word of Kid Congo Powers (born Brian Tristan in 1959) better known by his stage name Kid Congo Powers, tells the folk tale of La Llorona over the minimalist garage-rock inspired instrumentals performed by band members of The Pink Monkey Birds. Kid Congo is an American rock guitarist and singer, best known as a member of The Gun Club, the Cramps and Nick Cave and the Bad Seeds. He was queer core before that was a thing: a pioneer during the earliest moments of L.A. punk.

La Lupe: "Fever"
Get ready for the drama of La Lupe's unforgettable voice. Known as La Lupe or La Yiyiyi, Lupe Victoria Yolí Raymond was born on in 1936, in the neighborhood of San Pedrito, Cuba. From a poor family, she went on to become the "queen of Latin soul." 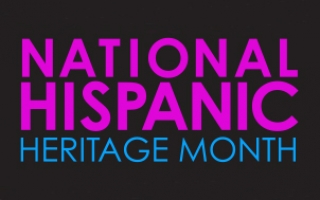