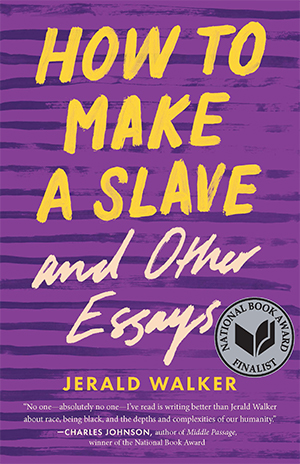 The Ohio State University Press Editor-in-Chief Kristen Elias Rowley has wanted to publish Jerald Walker’s writing for years. His second manuscript slipped through her fingers while she was vying for it in a previous position, outbid by another publisher that could provide Walker with a larger advance. She’s loved his writing ever since, so she was thrilled when he reached out about a current project.

“I almost knew before I read it that I wanted to publish it,” she said. “He's a fantastic writer doing wonderful things in the way that he blends really important conversations about what's happening in the world today but makes it accessible to a general audience.”

Walker’s manuscript became How to Make a Slave and Other Essays, published by The Ohio State University Press imprint Mad Creek Books. Elias Rowley’s enthusiasm turned out to be spot-on. The book was recently named a nonfiction finalist for the National Book Awards, making Mad Creek Books – a trade name under which the university press publishes works – one of the only small presses on the shortlist.

“Having a book recognized on the long list was huge, and having Jerald's book recognized as a finalist is amazing,” Elias Rowley said. “Hopefully it’s a recognition that as a press we're doing a good job supporting writers and that we are fulfilling our mission.”

How to Make a Slave and Other Essays mixes anger and comedy to explore “what it is to grow, parent, write and exist as a Black American male.” To be released Nov. 2, Elias Rowley said the book stands out from the other finalists in its treatment of heavy topics. While others may have a pronounced research emphasis, engage a niche audience or remain constantly weighty in the discussion of difficult subjects, Walker’s book, she said, is the only book on the list that everyone could pick up and get something out of. 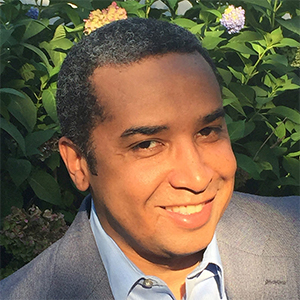 “He’s funny, but without trying too hard, and he really is able to identify those moments of irony in terms of daily life,” she said. “He's able to take these subjects, which are very sad or overwhelming, and break them down in such a way that really invites readers to sit with them without feeling completely overwhelmed.”

Elias Rowley helped launch Mad Creek Books after coming to The Ohio State University Press as the new editor-in-chief in 2015. She was tasked with helping shape a new direction for the press, which had historically been strong in literary criticism but had room to grow to better reflect the expansive strengths of the university.

When Elias Rowley came on board, she moved the press into race and ethnic studies, Latinx studies and gender and sexuality studies. She also started the Mad Creek Books imprint as a literary trade publisher. Inspired by Ohio State’s regional imprint, Trillium, the idea was to create a platform slightly separated from the Ohio State University Press, still disseminating important ideas in ways that are palatable and immediately digestible to a wider audience.

“Particularly, being a place that can champion diversity and innovation, things that are new and voices and stories and ideas that aren't necessarily represented by the mainstream publishing world,” Elias Rowley said.

A flagship publication of Mad Creek Books is the 21st Century Essays, the first and only major series that focuses on the essay. Elias Rowley says this format has a bad reputation because of students’ experiences with essays in college and high school, but the 21st Century series embraces them as a platform to challenge mainstream ideas.

The essay series was what caught Jerald Walker’s eye, compelling him to send his manuscript to Elias Rowley. Three years after Mad Creek published its first book in 2017, it became one of only two university presses to have books shortlisted for a 2020 National Book Award.

“For the press, it feels like we've already won with the attention that it's brought to Mad Creek and hopefully to the whole university press,” Elias Rowley said. “It shows the great work that we do here in Columbus, Ohio, so people don't forget that there is innovation coming out of the Midwest.”

The National Books Awards winners will be announced Nov. 18.