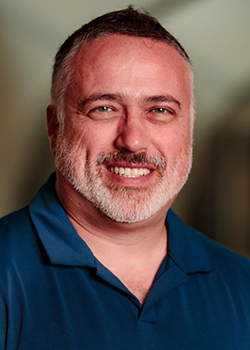 Ezekiel Johnston-Halperin, professor in the Department of Physics, is leading Ohio State’s role in federally funded research that explores new ways to exchange information between quantum processors, a fundamental challenge in advancing the field of quantum computing and technology.

Ohio State is teaming up with lead institution Cornell University and the University of Iowa on the project “Hybrid Quantum Magnonics for Transduction and Sensing,” which was awarded $1.8 million from the U.S. Department of Energy (DOE).

The collaboration is one of 29 DOE-funded research projects led by universities and national laboratories that aim to advance the next generation of quantum-smart devices and computer technology, which are critical tools to solving pressing national challenges, according to U.S. Secretary of Energy Jennifer M. Granholm.

“Quantum science represents the next technological revolution and frontier in the Information Age,” Granholm said. “At DOE, we’re investing in the fundamental research, led by universities and our national labs, that will enhance our resilience in the face of growing cyber threats and climate disasters, paving the path to a cleaner, more secure future.”

The process of networking quantum processors together to exchange information remains one of the central challenges of solid-state quantum technologies. Researchers at Ohio State, Cornell and Iowa aim to make advances in this area, as well as in quantum-enhanced sensing, by using magnons — the magnetic excitations in ultra-low damping magnetic materials — to connect superconducting circuits to individual quantum bits. By combining desirable properties from different quantum systems, the hybrid systems will create new opportunities for enhanced quantum functionality, including the control of large-scale quantum states, new interconnects for solid-state quantum bits and the ability to control the direction of quantum information flow.

“One of the key reasons magnons are so attractive for this application is that they are very good at translating between different types of quantum information,” Johnston-Halperin said. “For example, they couple — or ‘talk’ — to both the microwaves used in superconducting qubits like the ones found in quantum computers developed by Google, IBM and others, and to the magnetism associated with single-electron qubits used for quantum sensing and communication."

“This is a nice story about how science evolves over time,” Johnston-Halperin said. “The material we are using was first developed by Ohio State Professor Art Epstein and his collaborators in the early 1990s, and it provided the first demonstration of room-temperature magnetism in this class of materials. Now, almost 30 years later, we are still finding new applications that rely on those foundational breakthroughs.”

“I’m excited to push magnetic materials into the quantum limit to enable new ways to make quantum devices,” said principal investigator Greg Fuchs, associate professor of applied and engineering physics at Cornell. “The project is fundamental, but the opportunity is to take advantage of the fact that magnetic materials are non-reciprocal, meaning they can enforce ‘one-way’ interactions. That is currently something that is difficult in quantum systems.” 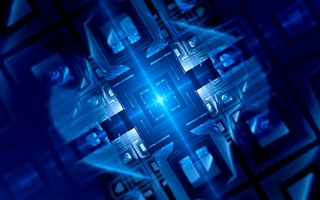