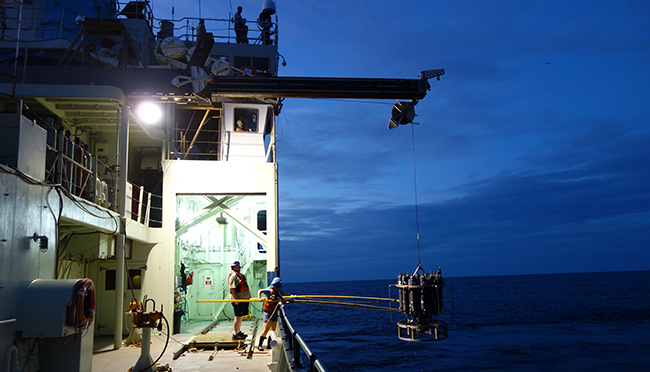 Ohio State is an institutional partner in a new science and technology center supported by the National Science Foundation (NSF) that will conduct transformative research, along with education and outreach, to promote a deeper understanding and appreciation of the chemicals and chemical processes that underpin ocean ecosystems.

The Center for Chemical Currencies of a Microbial Planet (C-CoMP) will be based at the Woods Hole Oceanographic Institution (WHOI) and is one of six centers announced by the NSF, which has made an initial commitment for five years of support with the possibility of continued support for five additional years.

At a time when increased carbon dioxide levels in the atmosphere are causing global temperatures to dramatically rise and make the ocean warmer and more acidic, C-CoMP will strive to bring rapid and transformative advances to understanding the behavior of bioreactive molecules and ocean microbes that are involved in one-quarter of the Earth’s annual organic carbon cycle.

The center will integrate research, education and knowledge, transfer activities, and support interdisciplinary science teams to close knowledge gaps in the identities and dynamics of molecules that serve as the “currencies” of elemental transfer within marine microbial communities and between the ocean and atmosphere.

Researchers at Ohio State will lend their interdisciplinary expertise in microbiology and computational modeling, merging efforts from within the Center of Microbiome Science, the Infectious Disease Institute’s (IDI) Microbial Communities program and the EMERGE Biology Integration Institute to facilitate multiomics data integration. 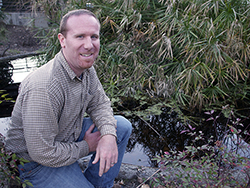 “C-CoMP seeks to connect microbiology and chemistry in the broader context of the ocean ecosystem,” said C-CoMP senior team member Matthew Sullivan, a professor in the Department of Microbiology and director of the Center of Microbiome Science. “This is daunting, but is also an incredible opportunity. Synergistically, these efforts will feed, in both directions, biological integration efforts through institutes at Ohio State studying other ecosystems like climate-critical soils and the human body. Pragmatically, this means science that is so new that I get to be a student and get back to learning how things work all over again,”

Also a co-director of the IDI Microbial Communities program and an executive committee member and research lead for EMERGE, Sullivan’s expertise lies in the evolution and ecology of phage — or viruses that infect bacteria — with a specialization in marine phages and their interactions within ocean microbiomes. For C-CoMP, he will assist in leading chemical and biological data integration, modeling the chemical-microbial network and facilitating connection with graduate students and postdoctoral researchers. 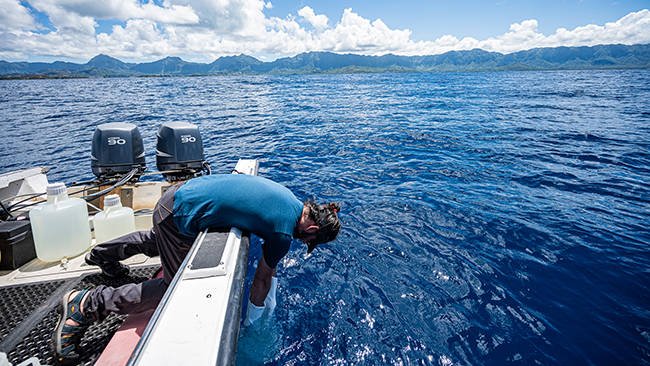 Gaining a better understanding of this carbon flux is important because so much of the carbon derived from photosynthesis on Earth is involved in a rapid cycle in which biologically reactive molecules are released into seawater and converted back into inorganic form by marine bacteria within a matter of hours to days. The central mechanism of this fast cycle is a chemical-microbe network, connecting the production, release and consumption of dissolved molecules by surface ocean microbes. These chemical currencies can include growth substrates and vitamins that sustain mixed microbial communities that underpin the surface ocean ecosystem. However, the controls on this network and its links to carbon sequestration in the deep ocean are not known. Consequently, its sensitivities to changing ocean conditions are also unknown, and responses to future climate scenarios are not predictable.

“If we don’t know the resilience of this chemical-microbe network to a changing climate, we’re missing a pretty fundamental mechanism in the way the planet works,” said Elizabeth Kujawinski, a senior scientist in WHOI’s Marine Chemistry & Geochemistry Department, and the director of C-CoMP. “The overarching questions are what are the key molecules within this carbon pool, how quickly do they cycle and what is the pool’s sensitivity to the changing climate. The ocean is already changing, and we don’t have time to wait to understand these fundamental questions.”

A major emphasis of the center will be working to expand ocean literacy among students of all ages and to broaden workforce diversity in the ocean sciences.

“I would like the center’s legacy to be a community of scientists and others who can support and advance this important work; a more diverse ocean science community; and a more collaborative approach to these questions that incorporates chemistry, biology, modeling and other disciplines to better understand fundamental oceanographic mechanisms,” Kujawinski said. 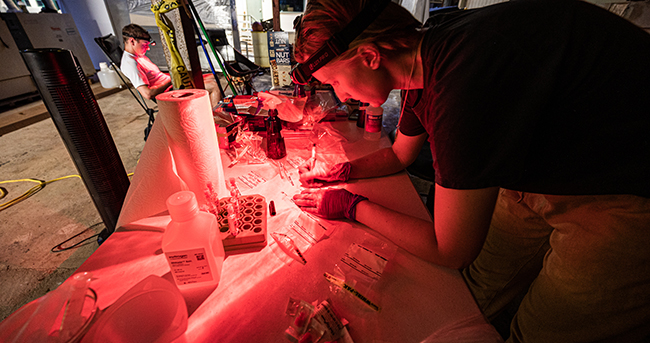