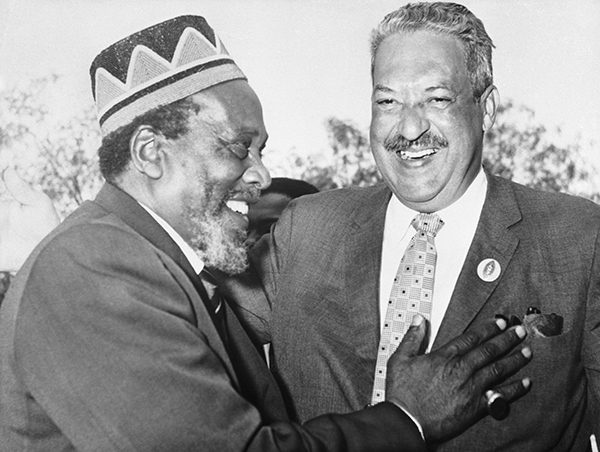 Words need images to amplify impact. Images need words to add context. In examining the past, combining the two mediums can paint a picture in striking ways. 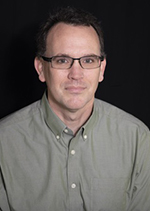 That’s the idea at the heart of the project “Picturing Black History,” a collaboration between the Department of History’s “Origins: Current Events in History Perspective” and Getty Images. By blending storytelling and photography depicting the African American experience, “Picturing Black History” lends new, historical perspective to the systemic racial inequities that have continuously plagued our nation.

“It’s remarkable the ways in which the words bring the images to life and the images bring the words to life,” said associate professor of history Nicholas Breyfogle, “Origins” co-editor and “Picturing Black History” project lead. “The two together make a remarkable package. As a historian, it’s important to bring these images forward — to get people to think about the images and provide context to them.”

The issue of Black lives has perhaps never been more urgent to our national conversation than now, nor has it been more important to understand the history of Black America in all its complexity," Breyfogle added. "The challenge is to bring this history to wider audiences so we can forge a more equitable and just future." 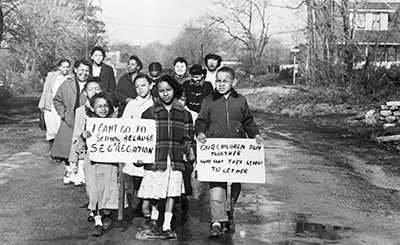 The breadth of Getty Images’ catalogue is unrivaled. It boasts the largest privately owned commercial photo archive in the world, with approximately 130 million images that date back to the genesis of photography. With assistance and direction from Getty Images CEO Craig Peters — an alumnus of the Fisher College of Business — Breyfogle connected with Bob Ahern, Getty Images' director of archive photography, to determine how to best utilize the vast collection.

“We know photography can move the world,” Ahern said. “While we come across an incalculable number of images in our day-to-day efforts, through this initiative in particular we have space to take a forensic deep dive into a single frame or a series and step back through time.”

Support from the Stanton Foundation, the Global Arts + Humanities Discovery Theme and Ohio State’s Department of History, the Center for Latin American Studies and the Center for East Asian Studies helped “Picturing Black History” take shape. History scholars — including many Department of History PhD students and recent graduates — were brought on board. They sifted through Getty Images' library and unearthed striking images whose stories demanded to be told. 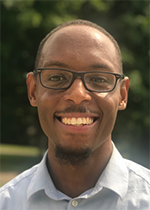 Those photographs, as well as the people and actions depicted, are snapshots of time and place. Each stands on its own as a glimpse of the Black American experience. But when stitched together, they reveal a mosaic that underscores the realities of a community striving for justice, inclusion and equality.

“The significance of this project is to chronicle these past events, to talk about social movements,” said Damarius Johnson, a doctoral student of history and a managing editor for "Origins" and "Picturing Black History." “But also really important is the way the images capture people in motion as they’re trying to imagine what a liberated future looks like. Even as they are resisting and struggling against the repressive conditions, they’re also imagining what the future could be.” 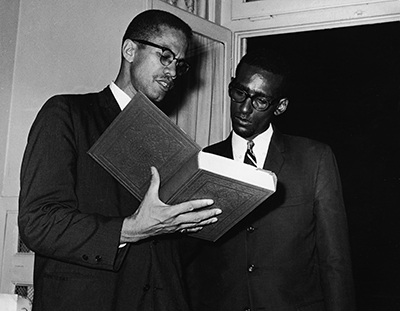 Malcolm X points out quotations from the Quran at the African Summit Conference at the Semiramis Hotel in Cairo in July 1964. Photo courtesy Getty Images.

Click above to hear Johnson discuss how leaders like Malcolm X influenced the internationalism of civil rights activism.

Johnson, whose research focuses on representations of African diaspora history in African American history museum exhibits, breaks down significant moments in two essays for “Picturing Black History.” The first studies an image that depicts a protest outside of United Nations headquarters in New York City in July 1964. The individuals in the photo marched to the United Nations in outrage after a grand jury cleared police lieutenant Thomas Gilligan, a white man, in the fatal shooting of James Powell, a Black man, in Harlem. The second essay examines how civil rights leaders Thurgood Marshall, Malcolm X and Stockley Carmichael partnered with oppressed communities in other nations to bring civil rights activism to the international stage.

“I was reminded as I was looking through Getty Images' archive about the adage, ‘A picture is worth a thousand words,’” Johnson said. “I wanted to devote some words to telling the stories that are lesser known but still extremely important. The fact that we have these old images in itself attest to the fact that they’re important because they capture important events.” 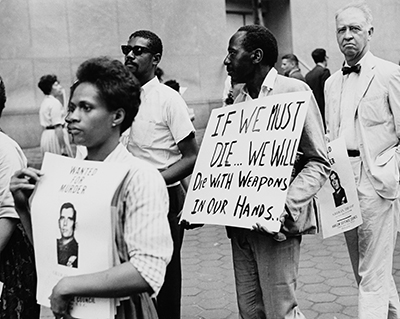 A protest outside United Nations Headquarters in New York City in July 1964 during a period of rioting sparked by the killing of African American teenager James Powell by a white off-duty police officer Thomas Gilligan. Photo courtesy Getty Images.

Click above to hear Johnson discuss the Gilligan case.

“Picturing Black History” launched late last month with seven essays featuring 16 photographs. The website will add new stories and photographs monthly to paint a more visually holistic portrait of Black America. As the project develops, Breyfogle sees it as an educational opportunity — a tool to teach and visualize Black history in ways that are engaging and dynamic. 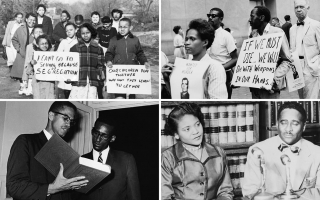