Richard Samuels, professor in the Department of Philosophy, has been appointed chair of the department for a four-year term, effective July 1, 2022. Samuels, also a member of the Center for Cognitive and Brain Sciences at Ohio State, studies philosophy of the mind, and his research focuses primarily on topics at the intersection of philosophy and the cognitive sciences. He has published extensively on issues such as cognitive development, reasoning, computational models of psychological capacities and modular theories of cognition. He has co-edited two anthologies: Advances in Experimental Philosophy of Science and The Oxford Handbook of Philosophy of Cognitive Science. Samuels earned his PhD in philosophy from Rutgers University and his MSc in artificial intelligence from Sussex University. 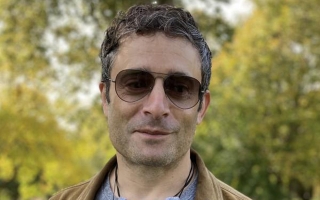