Barry Shank, Arts and Sciences Distinguished Professor and undergraduate studies chair in the Department of Comparative Studies, has been appointed director of the Humanities Centers Consortium (previously known as the Humanities Institute) effective July 1, 2022. Shank, who has been with the university since 2000, is a scholar of capitalism and sentiment, cultural theory, popular music and American studies. He is the author of The Political Force of Musical Beauty, A Token of My Affection: Greeting Cards and American Business Culture and Dissonant Identities: The Rock ’n’ Roll Scene in Austin, Texas. He has been published in journals including American Quarterly, Amerikastudien, Radical History Review and boundary 2. He has served as president of the U.S. branch of the International Association for the Study of Popular Music and was previously chair of the Department of Comparative Studies for eight years.

Jared Gardner, Joseph V. Denney Distinguished Professor of English, steps down as director of the Humanities Institute after an 18-month appointment, and the college thanks him for his valuable service in the role. 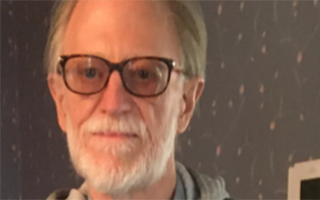