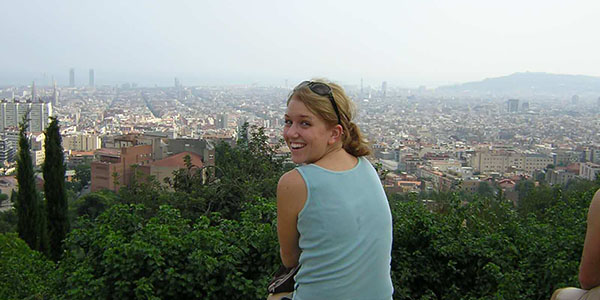 Spanish alumna Kristen Bernardi Rader’s dream of writing a screenplay began by watching old movies with her grandparents and realizing actors didn’t make up everything they said. 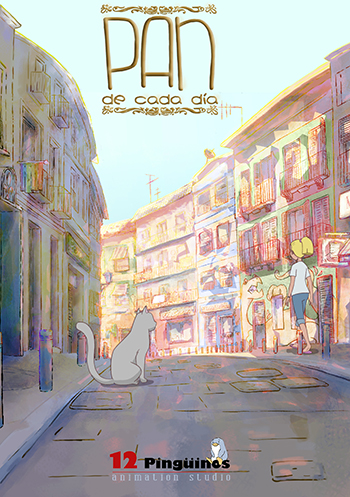 After growing up and attending a small school in New Castle, Pennsylvania, Ohio State was Bernardi Rader’s chance to be “a small fish in a big pond” with students and faculty from across the country and around the world. Inspired by her Venezuelan brother-in-law and an exposure to world languages, she declared a Spanish major and pursued the possibility of incorporating journalism that went along with her love of reading and writing stories. In 2003, She spent nearly two months studying abroad in Toledo, Spain.

It was absolute love at first sight,” Bernardi Rader said. “It was really kind of ironic that I was like, ‘Well, I guess I’ll just go here then,’ and it ended up being a place that is my favorite in the world.”

While taking classes at Fundación José Ortega y Gasset, Bernardi Rader stayed with a host family, which improved her language proficiency and went beyond what can be learned from a textbook. She and her classmates spent time exploring Madrid, cementing her love for a place she would come to call home for years.

“The more curious you are about the ways other cultures communicate, the more rewarding your own life becomes. I think it increases people’s empathy because our similarities are so much more than our differences,” she said. “Language is such a valuable tool in learning how other people think and live and experience the world.” 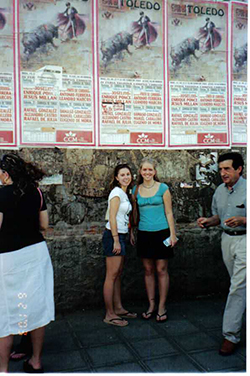 A month after earning her degree, Bernardi Rader moved to Spain, motivated by sheer ambition and a job opportunity she found when searching for internships in Madrid. She worked as a writer, editor and an instructor teaching English as a foreign language, ultimately staying in Spain for six years before returning to the U.S.

But she was never ready to leave for good.

“When I was looking at grad schools, I was back in the States and I knew I wanted to maintain that connection to Spain,” she said. “If I wanted to pursue higher education, I wanted to do it there.”

More than a decade after graduating from Ohio State, Bernardi Rader continued her education in Madrid, obtaining an executive Master of Business Administration at IE University in 2017 and pursuing a Master of Arts in Spanish at Saint Louis University-Madrid, which she’ll complete this summer.

In 2016, Bernardi Rader began writing a screenplay inspired by studying for the DELE exam, an official test to certify competence and mastery of Spanish. She was intrigued by part of the exam that focused on popular phrases and proverbs, realizing how many sayings there are about food — specifically bread. That led to her first draft of “Pan de cada día,” a story about a teenage girl in search of a loaf of bread who hears everyone around her saying all of these phrases about bread.

Bernardi Rader kept reworking the script without an end date in sight until she lost her job at McGraw Hill Education when they laid off more than 800 employees.

“I took that as a sign from the universe that the ‘practical day job’ has no guarantees either, so you might as well do the fun, artistic projects and creative projects you’re passionate about,” she said.

This transitional period gave her time to perfect the screenplay and pitch it to a studio. She contacted the filmmakers of the 2018 Goya Awards Best Animated Short Film winner “Cazatalentos” and within weeks received a response showing interest in her project. She connected with Manuel Sirgo, a two-time Goya Award-winning Spanish filmmaker, who came aboard to direct and produce “Pan de cada día.” They signed the final contract in March 2020, and then the COVID-19 pandemic started to change everything. Fortunately, Bernardi Rader made the decision months earlier to pivot to an animated film.

Collaborators at Sirgo’s production company, 12 Pingüinos Animation Studio, worked throughout the spring and summer to finish production. After countless Zoom calls, Bernardi Rader met everyone face-to-face in July 2021 when she finally witnessed her words coming to life at the studio, broke bread with the filmmakers and shot photos for the end credits.

“It’s so special to be selected and see the film festivals hype up your project,” she said. “It’s been really rewarding and sweet.”

Bernardi Rader’s plans for the film to be shown in travel and educational settings where it can reach a bigger audience and help foster understanding that “it’s always worth it to learn a language, learn a new culture and step outside of your comfort zone.”

Samuel Amell, late professor emeritus in the Department of Spanish and Portuguese, taught the course that introduced Bernardi Rader to directors she had never been exposed to such as Pedro Almodóvar, Luis Buñuel and Luis García Berlanga.

“Seeing the films in that class, having him as a professor, it really just opened up my world to another way to experience Spanish-speaking culture,” she said. 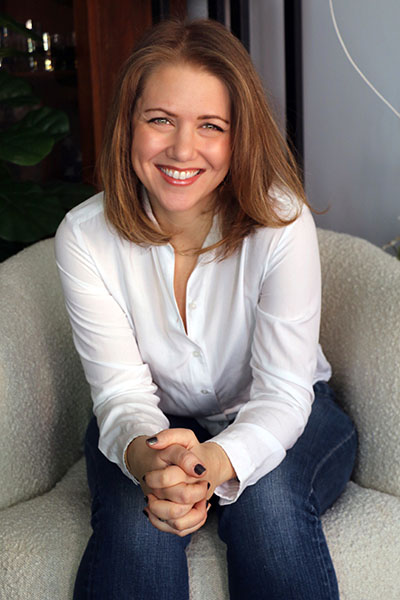 Bernardi Rader believes art deserves to have a place in everyone’s life if it’s something they are passionate about, yet she understands that a person’s commitment to it can differ throughout the years. Already a senior account manager at the world’s largest translation services company, RWS, and a freelance reporter for EFE, the world’s largest Spanish news agency, she wishes she had more time to bring ideas to life but intends to develop creative projects in the future.

“I definitely want to take the knowledge that I still carry with me from Ohio State and my subsequent graduate degrees and just from my life abroad to continue telling stories,” she said. “I love fish-out-of-water stories. I always have. I think they’re universal, I think they're timeless, I think there are a million ways we can feel like we’re fish out of water. It doesn't have to be that you’re in a foreign country or you’re speaking a foreign language. Any place where you’re in a setting where you feel outside the norm, that’s always going to be a compelling story.” 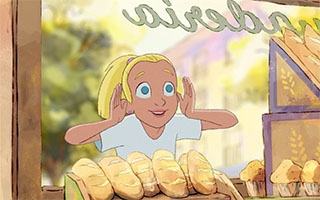