Andy Goodhart spent almost eight years at the U.S. Department of Defense (DOD) before coming to Ohio State as a political science PhD student. Though originally focused on counterterrorism efforts at the DOD during the wars in Iraq and Afghanistan, he said the longer he focused on global patterns of conflict and risk, the more convinced he became that something bigger was happening.

He realized a set of broader trends are re-organizing the basis of order among powerful countries in a way that could have a much more devastating impact on the U.S. and the world.

So, he spent his last two years at the Pentagon looking at how Russia and China are trying to revise the international order – the economic institutions, security organizations, and political and liberal norms that dominate international relations – and translating that analysis for decisionmakers. The problem was, Goodhart said, that although people generally agreed that the existing international order is eroding, there were fundamental policy disagreements about what to do. 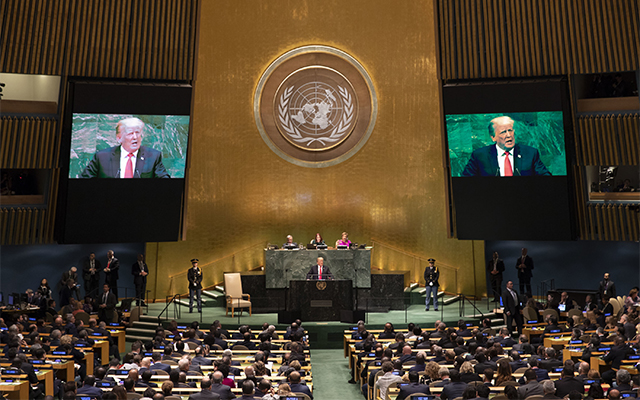 “Nobody really understands how order works,” Goodhart said. “We have some theoretical work on it, but there’s very little empirical work on it, and it’s very hard to adjudicate those disagreements.”

That lack of knowledge is exactly what Bear Braumoeller, professor of political science and Baronov and Timashev Chair in Data Analytics, and his Modeling Emergent Social Order (MESO) Lab are trying to rectify, now bolstered by a $200,000 grant from the Carnegie Corporation of New York awarded in May.

The two-year grant covers research into the relationship between international order and international conflict. With a 1:2 match on summer graduate research assistantships from the Department of Political Science, the grant is funding all eight students working with the MESO Lab, including Goodhart, this summer and next. The grant also funds one graduate assistantship per semester for the next two school years.

“We get just phenomenally smart, interesting, motivated graduate students, and my goal in a lot of these cases is to set them free to find topics that interest both of us and unleash them because they have fantastic insights on all of these different issues,” Braumoeller said. “This grant frees them up to be part of the team, which is fantastic.”

What I’m trying to do is ... show that conflict and cooperation aren’t necessarily antithetical," Braumoeller said.

“We’re using computational modeling and simulations as a way of figuring out what the implications of order are for conflict and vice versa, and that’s very unusual in political science,” Braumoeller said, noting that MESO Lab may be the only group in the country doing international relations research in a lab based around computational modeling.

MESO Lab is working to bridge a gap between two popular frameworks in international relations, one that sees humans as selfish, rational and egoistic and another that argues people are hard-wired to cooperate.

Braumoeller said he finds the cooperative understanding of humanity compelling – “Ants are always held up as a great example of animals that cooperate among themselves, but ants have never gotten to the moon,” he remarked. However, he argues that mindset of cooperation doesn’t translate when aggregated up to the level of the international system and international conflict. 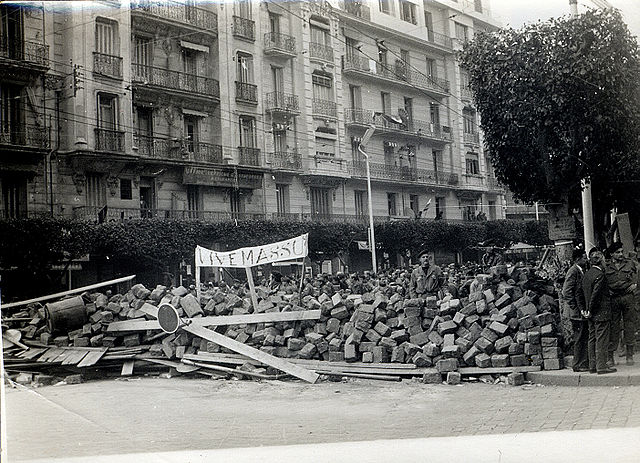 Braumoeller's new book argues against the notion that the Cold War was a period of peace. Instead, clashes between the Soviet communist order and the Western liberal order all around the globe that contributed to conflicts like the Algerian War, pictured above, created the most conlfictual time in the last 200 years. (Michel Marcheux)

However, the relationship between conflict and cooperation — especially at the international level — is highly complex, and he said people can’t intuitively predict macro behavior based on micro motives, which has pushed him to incorporate computational modeling centrally into MESO Lab’s research on understanding the current liberal international order and how it’s changing.

“That’s where computational modeling is at its best, in situations in which you've got a fair number of actors interacting and their behavior depends on the behavior of others,” Braumoeller said.

Braumoeller first became interested in this kind of research while working on his book, Only the Dead: The Persistence of War in the Modern Age, published in September. He said just like how that book was written for both academics and policymakers, the research he and his graduate students are pursuing will be available in policy-oriented spaces and formats: in public lectures at places such as the Modern War Institute, in talks with policymakers and government officials, and in policy memos and policy-related journals.

That way, experts like those Goodhart was working with will have a clearer understanding of how to best navigate the evolving international arena, based on evidence and information.