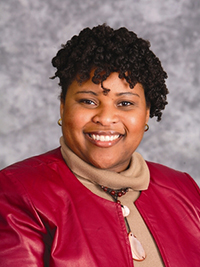 For the duration of Vice President Kamala Harris’ tenure, Wendy Smooth, associate professor of women’s, gender and sexuality studies, will be watching closely as part of her longtime research program and as one of eight members appointed to the national advisory board of the Kamala Harris Project. The project, based at the University of Southern California’s Dornsife Center for Leadership by Women of Color, is a collective of academics who will track all aspects of Harris’ vice presidency.

Major areas of analysis include media coverage of Harris, her policy leadership within the Biden administration, the influence of her electoral success on girls and women as potential candidates for office, and the international impact of a woman of color holding such a high-profile executive position in the United States.

“We’ve galvanized this conversation among academics as a very broad attempt to say, ‘We are living in the midst of history. How do we both bear witness and help others make sense of the historic significance of Vice President Harris’ service?’” said Smooth, also associate dean for diversity, equity and inclusion in the College of Arts and Sciences.

Smooth says women of color, and particularly Black women, have been the cornerstone of the new American electorate since they showed up in 2008 to support Barack Obama. She observed in the recently published book After Obama that despite the dedication of that critical voting bloc, Obama did not acknowledge the particular policy concerns of African American women until September 2015. At the 2016 Democratic Convention, Hillary Clinton placed African American women center-stage, Smooth wrote in a chapter of the book Gender and Elections: African American Women and Electoral Politics.

By the time Joe Biden became the Democratic nominee for president, Black women involved in politics were not waiting for outside recognition. They conveyed their expectations by sending his campaign a letter signed by thousands of scholars, researchers, activists and elected officials calling for the appointment of a running mate that reflected the power of Black women as voters. Smooth was among the signatories of that letter.

Smooth is currently co-leading a project charting the grassroots work of women of color in the U.S. whose organizations are deepening political engagement by identifying women of color candidates for office and preparing them for a run. Smooth has also proposed a collaboration with Tina Pierce, program manager of the Glenn College of Public Affairs' professional development programs, and the Ohio Unity Coalition to connect civically minded Black women in Ohio to opportunities for political training that could lead to public office candidacy. 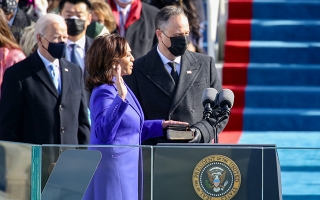