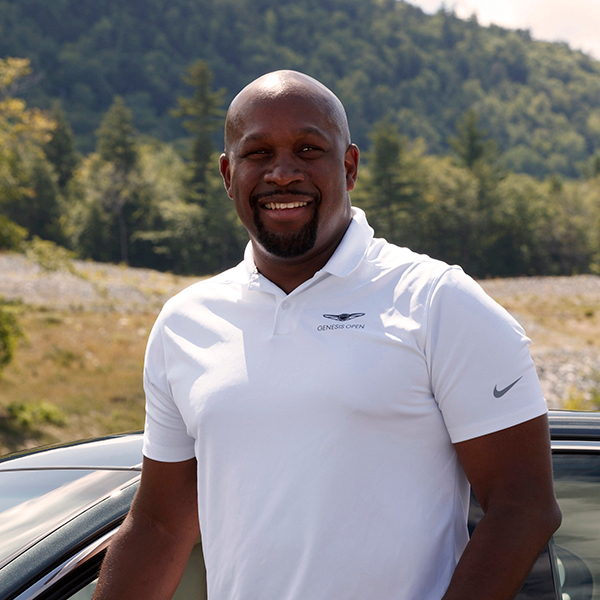 When he was in junior high school, Erwin Raphael ’89 received a package containing a scarlet and gray jersey from his aunt, who was then a student at Ohio State. Students were required to wear a uniform to school, and the administration rewarded them for donating to their senior class fund by granting them a casual dress day — so Raphael wore his new Archie Griffin jersey to school for his reward, never expecting to catch Buckeye fever.

“I had no idea how popular I would become,” he laughs. “I think I may have fallen in love with the excitement that everybody else felt about Ohio State, even in an area that was so far away, geographically and culturally, from Columbus.”

Growing up in the U.S. Virgin Islands, Raphael’s education and work have taken him places he never expected, driven by dedication and passion — for Ohio State, cars, science and the arts.

Raphael discovered his scientific aptitude when he came under the tutelage of a high school chemistry teacher who married the ideas of math, science and history to paint a full picture of the process of scientific discovery. Chemistry was brought to life in an unprecedented way within the walls of her classroom, he recalled.

Raphael brought that passion for chemistry to Ohio State, where he studied under a new assistant professor, Susan Olesik, who eventually went on to become the chair of the Department of Chemistry and Biochemistry. “We were both newbies,” Olesik says as she recalls her early days in the department with Raphael as her student.

“He was trying to get through as a student, and I was doing my best as a new assistant professor to help the students get through. There was a lot of enthusiasm on both sides. I saw a lot of symmetry in what he was going through and what I had to do. He was a very special student during that time.”

Post-Ohio State, Raphael went to work at Navistar International, a leading manufacturer of commercial vehicles, where he found ways to reduce environmental impact. From there, Toyota recruited him to fill the same role at their plant in Princeton, Indiana.

The best solutions often come from conversations between people with broad backgrounds and diverse specialists working together to find innovative solutions."

It was in Princeton that Raphael realized his path was at a turning point. Although passionate about chemistry, he fostered a lifelong interest in the mechanical workings of cars and internal combustion engines. Working near the assembly line watching cars form from stamped metal, plastics, paint and assorted parts, his interest transformed into a lifelong career that saw him work in virtually all areas of the automotive industry.

“In my role today, I can visualize the entire stream of what has to happen to bring cars to life,” Raphael said.

This vision has proven invaluable. As chief operating officer of Genesis Motor America, the luxury vehicle division of the Hyundai Motor Group, Raphael has ushered in great success for the young global luxury brand. The Genesis G70 won the MotorTrend 2019 Car of the Year, as well as the 2019 North American Car of the Year Award. Part of this success can be attributed to Raphael’s drive and his own cross-disciplinary strategy.

Genesis has gained a reputation in recent years for hiring candidates with arts and sciences backgrounds to work alongside engineers and designers to assist with designing, marketing and selling cars. Anthropologists, psychologists, mathematicians and linguists all have a home with Genesis under Raphael’s leadership.

“The best solutions often come from conversations between people with broad backgrounds and diverse specialists working together to find innovative solutions,” he said. “Our end objective is to create desire through the development of beautifully designed, well-engineered vehicles. This is only achievable through close collaboration of highly driven, cross-functional teams.”

It is not just in hiring that Erwin and Hyundai Genesis have a vested interest in the arts. As a design-led brand, Genesis views the creation of their cars as an artistic endeavor. With each vehicle sold, a portion of the profits benefit out-of-school arts programs serving underrepresented communities. Genesis has also made a charitable contribution to the J. Paul Getty Museum in Los Angeles to create an interactive arts education experience for Title 1 high school students and has provided grants to nonprofit organizations in Los Angeles, Miami and New York — aimed at inspiring children through the arts.

“We realized that when budgets are cut in our public schools, often the programs to get cut include the arts,” Raphael explains. “The arts are extremely important for the development of the human mind, even in areas that are not normally associated with arts. They help to round a person out and feed creativity.”

While Genesis is supporting arts programs across the country, Raphael and his wife chose to direct some of their personal philanthropy to the Ohio State College of Arts and Sciences in support of the renovation of Celeste Laboratory, which is undergoing its first major update since its construction in the 1980s.

“So much of who I am came out of inspiration that I felt while working or studying in Celeste,” he said. “I feel like we need to make sure that we do more than our fair share to see to it that the next generation has a similar, or better, experience to the one we had.”

Olesik said of the donation, “It means a lot to have people step up and be among the first to provide that kind of donation.”

Raphael and Olesik’s mutual hope is that the updated facility will open students’ minds to new potential, continuing a tradition of passion within the Department of Chemistry and Biochemistry and the university itself. Feeding creativity, leading creativity and innovating means Raphael has traveled the world, but one thing remains constant: Ohio State. On a recent business trip to Asia, in which he made a presentation to a large audience, he was introduced as “a proud graduate of The Ohio State University.” Met with thunderous applause, he asked an attendee if people knew of his alma mater, and was told, “Everyone knows of Ohio State. The Buckeyes, right?”

Just like the Archie Griffin jersey that brought him instant popularity as a high school student in the Virgin Islands, Ohio State follows Erwin Raphael around the world. 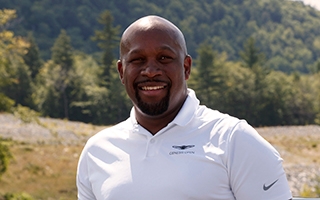