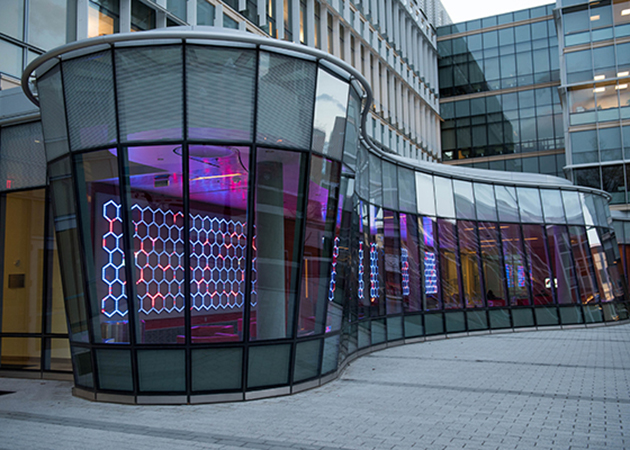 Cementing and strengthening a relationship that began last year, the American Chemical Society (ACS) has named Ohio State’s Department of Chemistry and Biochemistry a Bridge Site beginning in 2020.

Last May, the department was one of six selected to join the Bridge Program, an initiative that seeks to increase the number of graduate students from underrepresented groups in the chemical sciences.

In earning ACS Bridge Site status this year, the department will receive funding to enroll two students from underrepresented backgrounds in graduate programs. Matching support from the College of Arts and Sciences and the Graduate School will enable the department to enroll a true cohort of four students.

“It’s a mark by the larger community that Ohio State is a place where diversity and inclusion are highly valued,” said Thomas Magliery, associate professor and Bridge Program director in the  Department of Chemistry and  Biochemistry. “Students know that these departments were carefully vetted and this is a great environment. That is good for us not just for the bridge program itself, but that spills over into telling the rest of our applicants and faculty applicants that this is important.”

The Bridge Program and department’s overall goal is to increase the number of underrepresented minority (URM) students who successfully earn graduate degrees. In the last decade, the department has doubled that number within its programs from 5% to 10% of its total. With the additional funding from being named a Bridge Site, Magliery anticipates that the department will increase that to 15%, a number that nearly approaches the percentage of URM chemistry students who graduate with a bachelor’s degree nationally.

Part of the Bridge Program also enables URM students to apply to multiple institutions with a single application, and, as a Bridge Site, Ohio State will now have early access to those applications.

“Obviously there’s no one who is a potential applicant who doesn’t know something about Ohio State, but it’s hard to know if you aren’t from the Midwest what it would be like to go to school here,” Magliery said. “The applications are from all over the country, and this is an important sign of what our priorities are and our resources here. It’s going to change how both URM applicants look at applying here but also how everybody here can be proud that this is a place where we live those values.”

Magliery also noted that multiple national organizations with chapters at Ohio State are excellent resources for supporting minorities in STEM. The Society for Advancement of Chicanos/Hispanics and Native Americans in Sciences (SACNAS) and the National Organization for the Professional Advancement of Black Chemists and Chemical Engineers (NOBCChE) have been active within the department as peer mentors.

“If it weren’t for things like that, it would be a lot harder to make the argument that this is going to be a great place for students,” Magliery said.

The ACS Bridge Project is supported by the National Science Foundation.

The American Chemical Society, the world’s largest scientific society, is a nonprofit organization chartered by Congress. ACS is a global leader in providing access to chemistry-related information and research through its multiple databases, peer-reviewed journals and scientific conferences. ACS does not conduct research but publishes and publicizes peer-reviewed scientific studies. Its main offices are in Washington, D.C., and Columbus. 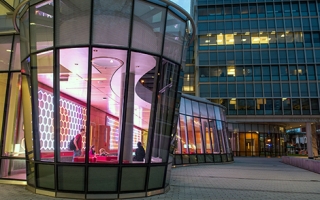