Linking human rights and tech to support equity and justice 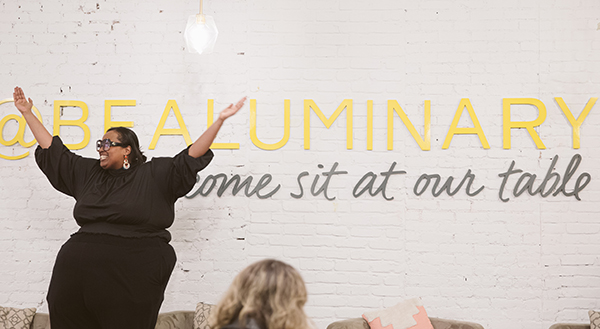 Sabrina Hersi Issa ’06 was on a train from D.C. to New York when she came up with the Bold Prize, an accolade recognizing those who are, well, bold.

But the award's name is also apt considering the story of its origin and the woman behind it.

“She was the first one to be like, ‘This is wrong. This man needs to step down,’” Hersi Issa said. “And it was with such moral clarity, and I really respected it.”

The reaction to Mboya’s words was immediate. Many came to her defense. They called her brave, elevated her voice. But others hurled vicious harassment and accusations of character assassination.

So instead of joining the social media brigade lamenting about the inability to do something positive for Mboya, Hersi Issa came up with an idea. She connected with a few of her peers, set up a website, reached out to Mboya personally and crowdsourced $40,000 in funding for the Bold Prize, which Mboya received at an event in New York last February. 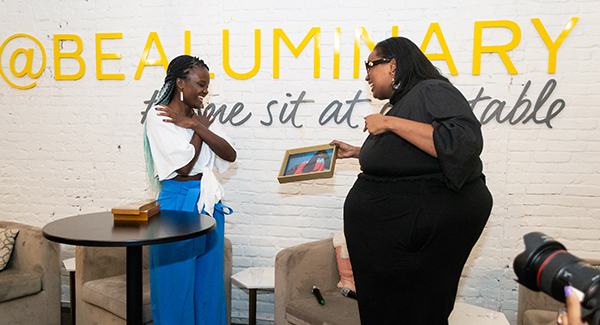 “There’s always something you can do,” she said. “It’s whether or not you choose to do it.”

There are thinkers, and there are doers. Hersi Issa? She’s both. That’s been her mentality in every aspect of her educational and professional journey — from triple-majoring in international studies, political science and women’s studies at Ohio State to leveraging her role as a human rights technologist to keep communities of color healthy and thriving.

Hersi Issa has a prolific resume. She’s CEO of Be Bold Media, a digital strategy and innovation agency that collaborates with campaigns and organizations around the world. She’s the entrepreneur-in-residence at New Media Ventures, a venture fund and investment network that identifies and supports entrepreneurs and activists confronting some of society’s biggest challenges. She organizes Rights x Tech, a forum linking together activists and technologists to discuss justice and human rights, and The People’s Iftar, a campaign supporting grassroots organizations serving Muslim communities. She founded Survivor Fund, which supports the rights of sexual violence survivors and aims to restructure political power for survivors.

A common thread runs through each of Hersi Issa’s roles: using technology and media to advance human rights and break down barriers of social injustice for all people.

I pride myself as a human rights technologist,” she said. “Technology has the ability to help us solve the biggest social justice issues of our time. … I believe in exploring how people can use positions of power within the technology ecosystem to improve the world and build a future where everybody can thrive.”

The first half of 2020, however, has brought new challenges for Hersi Issa and her endeavors. In the wake of the coronavirus pandemic and the U.S.’s antiracism reckoning following the killings of George Floyd, Breonna Taylor and Ahmaud Arbery, she’s been developing new and unique ways for technology to confront issues of human rights.

As the coronavirus first swept across the country in the spring, Hersi Issa aided companies supported by New Media Ventures as they pivoted their efforts toward ensuring safe, equitable responses to the growing public health crisis. Another one of her efforts, The People’s Iftar, was forced to safely reimagine its community iftar meals during Ramadan. She assisted transitioning the dinners to digital spaces to ensure continuity of community and connection for Muslim peoples.

One of Hersi Issa’s newest projects, the COVID Racial Impact Data Alliance, tackles the pandemic and racial disparities in an effort to link research, technology and community leaders and collect inclusive data on how COVID-19 impacts communities of color.

The coronavirus and racism impact every single level of life at every turn — education, immigration, housing and business,” she said. “We’re looking at how this crisis impacts issues across spectrums and being very deliberate and intentional at how we are building racially inclusive datasets. Our end goal is to build systems of accountability and also build a collective vision of what a just recovery could look like.”

As a first-generation Somali-American growing up in northern Virginia, Hersi Issa always knew she wanted to study the world. She saw how her culture and country were depicted in America, and she knew she could leverage tech and media to tell a more inclusive story and open more opportunities for Black, Indigenous and people of color (BIPOC) communities.

“I knew that media could be used to share that we’re actually more alike than we are different,” she said. “Seeking to be understood and wanting to understand really motivated what I pursued at a student.”

So when Hersi Issa came to Ohio State, international studies and political science were natural fits. But she also enjoyed challenging the default, patriarchal narratives and assumptions, so she added a third major: women’s studies.

Beyond the classroom, Ohio State taught Hersi Issa how to be resourceful and advocate for herself.

I feel like my resourcefulness came alive when I was at Ohio State,” she said. “It’s such a big institution, and at the time, I remember that being framed as a negative, that you can get lost here. But, that can also be a positive — you can find anything here.”

When Hersi Issa set up the Bold Prize, she figured it’d be a one-time thing.

But then she learned about all of these young Black women leading nationwide calls for justice, institutional change and reform.

“They’re doing it with the same kind of ethos (as Mboya),” Hersi Issa said. “They’re leading with courage and integrity.”

So now, the Bold Prize is a yearly award, a “MacArthur Genius Grant but for Black women,” she says.

Be bold. It’s the idea behind the honor Hersi Issa started developing on a train. It’s the name of the agency she’s CEO of. It’s the two-word maxim she lived by during her days at Ohio State and throughout a winding career using technology to champion for justice.

“I’m privileged to be in a position where I can lead,” she said. “I don’t know how to not do what I do.” 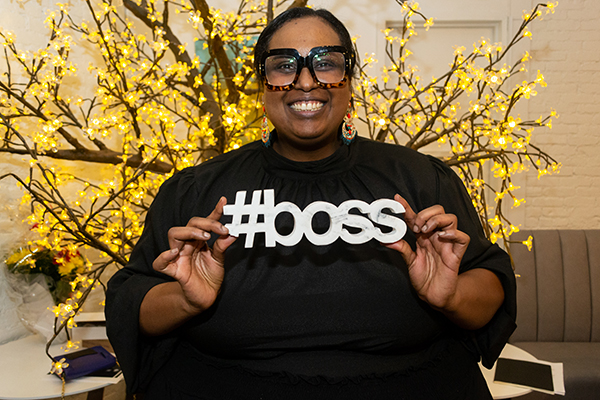 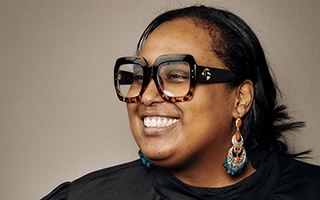