While in high school, Amy Eakins planned a future as a writer and an English teacher. In her sophomore year at Ohio State, she enrolled in an anthropology course on primate evolution and the following summer went up a tree in Panama to study the posture of a troop of Howler Monkeys. That summer in 2008 shaped Amy’s decision to focus her research on primate ecology and primate behavior.

“As soon as I saw the first group of monkeys I was hooked,” said Amy. “I knew I wanted to learn more.”

For the last two years, Amy has been watching and documenting positional behavior of monkeys, how they arrange their limbs and how they move in their environment, to better understand primate behavior and habitat requirements. At the American Primate Educational Sanctuary in Blacklick, Ohio, Amy watches over 10 Gibbons, two Capuchins, and a Marmoset. When she is not at the sanctuary, Amy is at the Columbus Zoo and Aquarium observing Silvered Langurs as they leap from tree to tree. Her laptop is filled with images of monkeys and, yes, she can readily identify one from another.

Why does it matter whether and how a monkey moves from one tree to the next?

“Primate behavior reflects the health or decline of our forests,” says Scott McGraw, associate professor of anthropology at Ohio State and Amy’s advisor. “Amy’s research could have a profound impact on international ecological and environmental policies.”

Amy recently completed her senior thesis on positional behavior of Silvered Langurs and presented her findings at the annual meeting of the American Association of Physical Anthropologists in April. She was also recognized for her scholarly achievements at the 2010 President’s Salute to Undergraduate Academic Achievement. 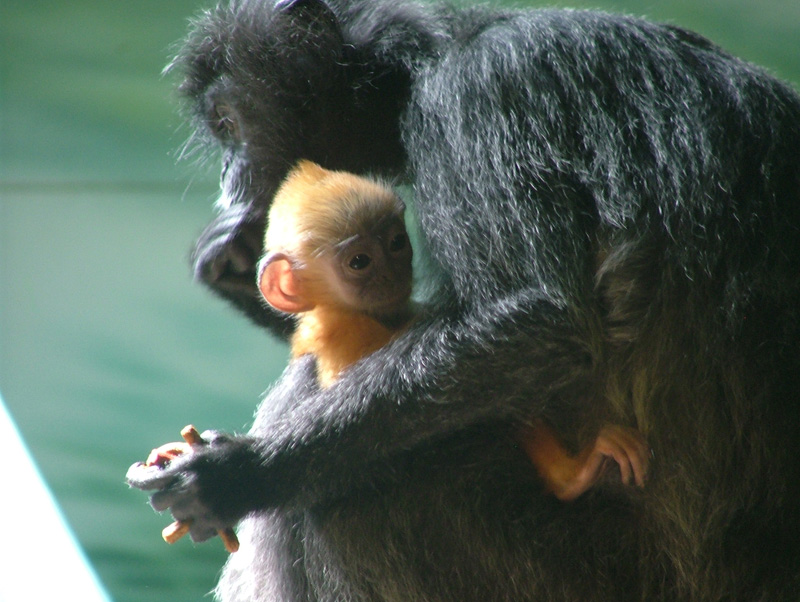 When Amy isn’t studying, researching, or writing about primate behavior, she works as a tutor in Ohio State’s Student-Athlete Support Services Office (SASSO). She is currently president of Ohio State’s Zoology Club but will be passing the torch in the spring. In her spare time, Amy volunteers at her church and recently participated in a 100-kilometer walk along the north coast of Spain over spring break.

An honors student, Amy will graduate with a Bachelor of Science in anthropological sciences. She has been awarded a graduate fellowship in the Interdepartmental Doctoral Program in Anthropological Sciences (IDPAS), a world-renowned primate behavior program, at Stony Brook University in New York .

"Having field experience gives you confidence and an edge in applying to graduate schools," said Amy. "I really believe that doing field research as an undergrad was critical to my winning a graduate fellowship."