Give Back, Change Lives: Endowments

Endowments are created for a number of reasons: to provide scholarships, to honor distinguished careers, to memorialize loved ones, or to simply thank the college or university. In most cases, the donor’s motivation for establishing or contributing to an endowed fund is a desire to permanently enhance the college and its programs.

Gifts placed in endowments are invested in perpetuity and only the income from the invested contributions is used to fund desired activities. A portion of the income may be reinvested in the fund at the request of a donor or department to further enhance the fund’s buying power over time.

Our donors know that endowments can change lives. These are stories of those who were inspired by their memories of Ohio State to invest in their university’s future. Their gifts are a legacy that will empower others to learn, succeed, and lead. 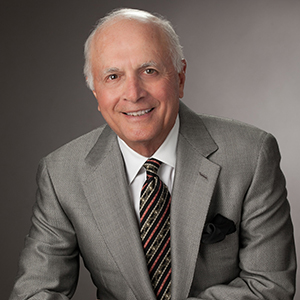 John Kauffman (History, 1960) is CEO of Kauffman Tire Inc. in Atlanta, Georgia. Kauffman’s mother and father started the business in 1936 as Harry Kauffman’s Texaco Station in Wooster, Ohio. After graduating from Ohio State, he joined his father in the family business becoming president of in 1969.

Kauffman Tire was founded on the values of community, integrity, and service. In 2011, Kauffman Tire celebrated its 75th year as a family owned business and its vision of a community-engaged company has never wavered. And, in that tradition, the John H. Kauffman Family Graduate Support Fund in American History was created in 2007.

“You reach a point in life when you need to start giving back,” said Kauffman. “Ohio State has always meant a great deal to me.”

The company is deeply involved in Emory's Winship Cancer Institute, Children's Healthcare of Atlanta, Habitat for Humanity, and Junior Achievement.

"I have always felt that it is our moral obligation to give back to the community,” observed Kauffman. “We are very blessed just that we are able to play a role in doing this.”

Kauffman serves as a member the College of Arts and Sciences Advisory Committee and the Ohio State President’s Club Advisory Board. In addition, he serves on the advisory board of Winship Cancer Hospital at Emory University in Atlanta and the Advisory Board of Action Ministries, a faith based organization in Atlanta.  He is also on the board of Junior Achievement in Atlanta. 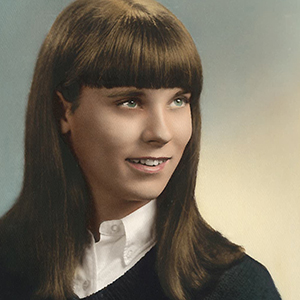 That same year, the Murnanes established the Cathleen M. Murnane Travel Scholarship Fund to provide graduate students in the Department of History of Art an opportunity to enhance their studies at either the master’s or doctoral level. Kate’s brothers, Ohio State alumni Thomas (Marketing, 1970; MBA, 1977) and Michael (MD, 1981) continue to support the fund in memory of Kate and as a lasting legacy to their parents.

“Kate was a wonderful person and felt very strongly about Ohio State, especially the Department of Art History,” said Thomas Murnane. “She was also passionate about traveling the world in pursuit of great art and was fortunate to have done so, particularly in Europe and Russia. This is what motivated our parents to endow Kate’s fund.”

Kate’s father, Dr. Robert T. Murnane (MD, 1947) was deeply attached to Ohio State. He has been recognized for a lifetime of commitment to education and training programs for medical students and residents at Ohio State, where he retired as a clinical professor of medicine. Following his retirement, he received The Ohio State University College of Medicine Lifetime Achievement Award for physicians who have dedicated their professional lives to patient care and to educating medical students and residents. Dr. Murnane died in 2007.  Kate’s mother, Helen, provides support to the scholarship fund in her daughter’s honor.

“Supporting Kate’s travel fund allows my family to honor my sister and, at the same time, give other students what may be an once-in-a-lifetime opportunity to study art history outside the classroom and out in the world,” Thomas Murnane said.

Thomas Murnane serves as a member of the College of Arts and Sciences Advisory Committee. 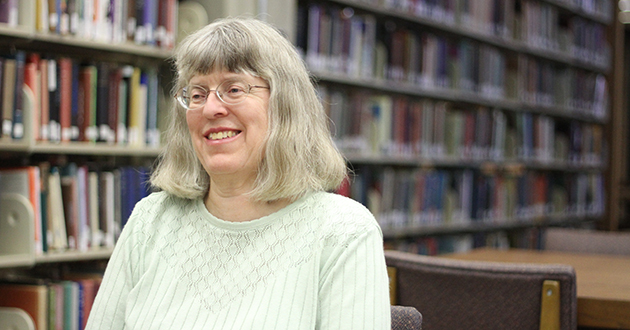 Elizabeth (Betsy) Salt (MA, anthropology, 1975) is passionate about traveling and studying abroad. She is equally dedicated to philanthropy. With the establishment of the Elizabeth A. Salt Anthropology Travel Endowment for graduate students engaged in dissertation research abroad, Salt has ensured a legacy for both.

“My parents taught me that if you have the means to help others, you need to do so,” said Salt. “I’ve become aware of a real need for travel funds for anthropology graduate students hoping to do their doctoral field work abroad.”

Salt works at Otterbein University as a cataloger/metadata librarian; she is the librarian liaison for the academic areas of modern languages, international literature, religion, philosophy, deaf studies, and anthropology. She also reviews new books in anthropology and archaeology for Library Journal.

When Salt was an undergraduate, she fell in love with archaeology but was unable to travel to the many sites that so captivated her attention. As a graduate student at Ohio State, Salt was further inspired in her desire to travel around the globe to gain a greater understanding of various diverse cultures. Over the years, she has visited 71 countries and a number of remote islands such as Montserrat (West Indies) and Pohnpei (Micronesia), which she first learned about from her Ohio State anthropology professors.

“I want students to have the opportunity to immerse themselves in other cultures and learn from them as I have,” explained Salt. “I want to help them travel for field research without having to worry about the financial burden of their travel expenses.”

Over 35 years ago, Salt first dreamed of visiting Bagan, an ancient city located in Myanmar (formerly Burma) and home to the largest and densest concentration of Buddhist temples, pagodas, and ruins in the world with many dating from the 11th and 12th centuries. She hopes to realize her dream later this year when she plans to visit the Bagan Archaeological Zone for the first time.

Dr. Pliny A. and Margaret H. Price Prize of the Center for Cosmology and Astroparticle Physics 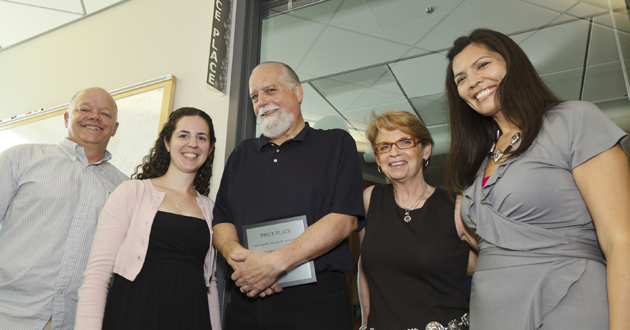 The Dr. Pliny A. and Margaret H. Price Prize of the Center for Cosmology and Astroparticle Physics (CCAPP) was established in 2009 by a generous gift from Steve Price and Jill Levy to support CCAPP in the Department of Physics — the endowment is named after Steve's parents. Steve and Jill reside in Westerville and are admirers of the study of this science.

"We were looking for something that could make our gift far reaching and have a lasting impact," said Price.

The Price Prize is open to graduate students who have shown outstanding promise in cosmology and astroparticle physics. The CCAPP Science Board makes the selection, which is extremely competitive, from nominations from around the world. Winners spend an extended period visiting CCAPP, give a seminar on their research, and receive a $1,500 honorarium.

Why does a Columbus native with a business degree endow a gift in the world of cosmology and astroparticle physics?

“I’ve been fascinated with how things work for as long as I can remember,” said Price.  “We were looking for something that could make our gift far reaching and have a lasting impact and when Terry Walker (CCAPP director at the time) proposed this solution, it resonated with us and became the endowment."

Four years ago, a friend invited Price to attend CCAPP’s annual Biard Lecture in Cosmology and Astrophysics. Since then, he has been coming back to campus several times a week for Astro Coffee, the Department of Astronomy’s daily “brew,” an informal free-for-all where students, postdocs, and faculty debate astronomical developments.

“It’s all about the collaboration,” observed Price. “Ohio State’s astronomy and physics faculty and students are the best in the world and I wanted to add to that mix by bringing in graduate students from other institutions to enhance the conversation.”

This year’s Price Prize winners are Charlotte Strege of Imperial College, London and Chris Williams of the University of Chicago. Strege is a theorist; she is probing the unknown particle properties of dark matter through combining results from astrophysical, underground, and collider experiments. Williams is an experimentalist; he is working on new techniques to detect the highest-energy particles in the universe, seeking clues to their unknown origins.

Steve Price and Jill Levy also established the Price Place in CCAPP, a state-of-the-art facility designed as a gathering spot for CCAPP postdocs, students, and visitors. Price Place serves as a home to CCAPP's many visitors, both long and short term, and giving young scientists a competitive advantage as they pursue forefront research. 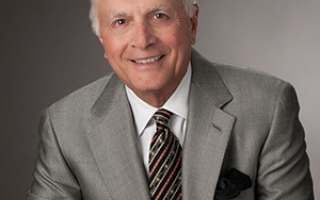