Members of the OSU Mountaineers can pretty much count on their club to take them up and down and all around — whatever their sport of choice.

History major and club president Mike Tabor, like most members, is open to exploring new sports and adventures.

“The Mountaineers is more like an independent study group than a club,” Tabor said.

"Most of our trips are member-proposed — someone says, ‘Hey, I want to go mountain biking this weekend ... let me know if you’re interested,’ and then we go in whatever direction our members would like."

There is something for everyone who loves the outdoors and no one needs to worry about being a “rookie.” Members have a variety of skill levels and love to teach others.

Megan Sullivan, undergraduate evolution and ecology major and club publicist, knows this firsthand. “I had never been climbing outside or camping before I signed up for a club trip. Even though I didn’t know a single person prior to jumping in the van with them the day we left, they helped me set up my tent and climb my first route. You can learn everything you need to know by experiencing it firsthand; it is definitely one of the coolest parts of the club,” she said.

“Our hope,” Tabor said, “is to create an environment in which members feel comfortable enough to lead trips and introduce new activities.” 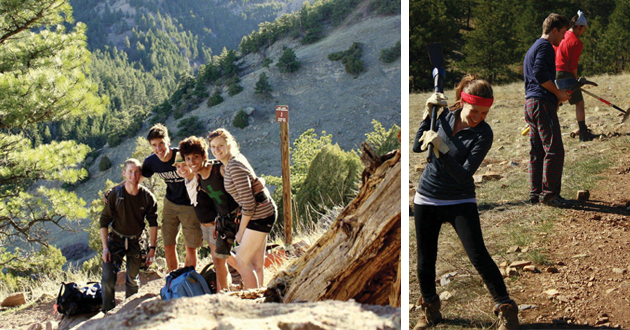 “OSU Mountaineers has given me lifelong friendships with like-minded people ... who enjoy doing what others may call extreme but what many of us consider pushing ourselves to our limits in the natural environment.”

To find out more about the OSU Mountaineers visit osumountaineers.com.

A year ago, two second-year students, Peter Marzalik and Eric D’Angelo, both with double majors in Russian and International Studies, founded the Security & Intelligence Club (SIC).

Through sheer force of will, relentless organization, imaginative programming — and free pizza — Marzalik (president) and D’Angelo (treasurer) not only kept it going but made it into a student club confidently moving into its second year.

“We wanted to create a club to promote the awareness, study, and practice of security and intelligence techniques in the governmental and private sectors,” Marzalik said.

“This includes lectures by local FBI, CIA, and Homeland Security officials,” D’Angelo said, “along with presentations on important international issues such as the Arab spring revolution.” 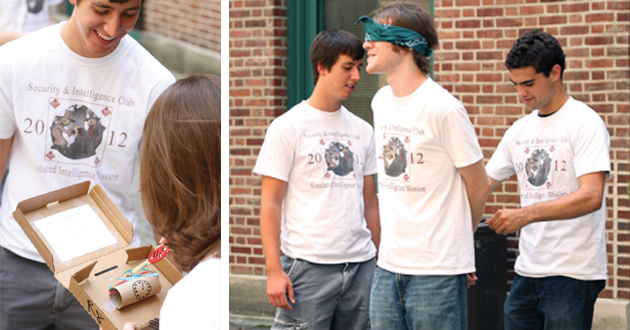 The Simulated Intelligence Mission is their most ambitious programming. This highly sophisticated “spy” mission involves the meticulous coordination of a detailed scenario developed by SIC officers — no walkie-talkies, just 21st century smartphones. The mission plays out through campus, culminating in abduction and interrogation, in Russian of course, and SIC student heroes save the campus from terrorist attack. It is simulated on-the-job training — and no one gets hurt.

To find out more about the Security & Intelligence Club visit intelclub.org.ohio-state.edu. 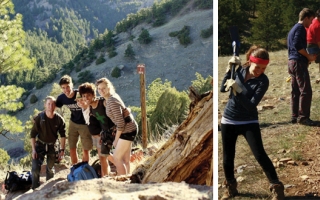