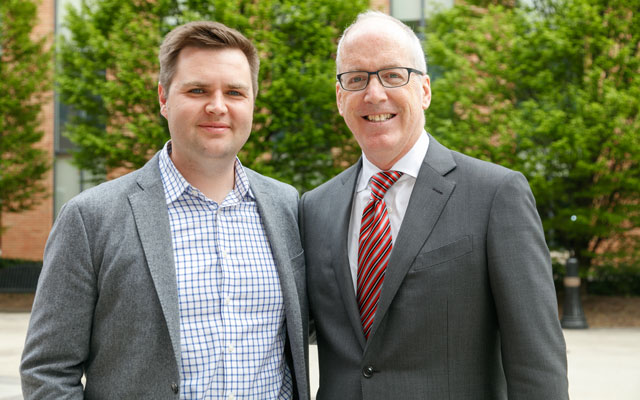 Alumnus J.D. Vance, a former marine and Yale Law School graduate, can now add bestselling author to his list of accomplishments. Vance’s book, Hillbilly Elegy: A Memoir of a Family and Culture in Crisis, published in the summer of 2016, took the nation by storm as its subject matter — the struggles of America’s white working class — dovetailed with a contentious presidential election.

Vance, who grew up in Middletown, Ohio, and the Appalachian town of Jackson, Kentucky, tells his account of social, regional and class decline. A deeply moving memoir, the book is an urgent and troubling meditation on the loss of the American dream for a large segment of this country.

“The book has given me a platform I frankly didn’t expect to have,” Vance said in an interview. “It has given me the flexibility to talk about some of the issues that are most important to me.”

In January, Vance announced that he will relocate from San Francisco to Columbus, where he hopes to search for solutions to some of the problems he wrote about in his book, including family trauma, the opioid epidemic and a broken education pipeline to gainful employment. He plans to travel around the state to better understand the issues facing poor Ohioans.

“I’m trying to approach this with humility,” said Vance, who has formed a nonprofit called Our Ohio Renewal with Jai Chabria, a former top advisor for Governor John Kasich. “These are problems that people who are pretty smart have been trying to work on for a while. I’m at the stage of trying to understand what it is they’ve done, and where they’ve seen opportunities to make things better.”

Vance will join the Ohio State Department of Political Science as scholar in residence. He will be working with undergraduates to study the public policies addressing the state’s opioid crisis, employment and educational challenges and impacting all Ohioans. 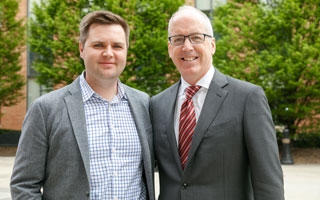