Can a Psychological Intervention Help Students Cope with Math?

Ellen Peters, professor of psychology and director of Ohio State’s Decision Sciences Collaborative, is lead author of a new study finding that a psychological intervention developed to help students cope and learn more in a tough statistics course also helped them improve their math literacy — what scientists call 'numeracy.'

“A lot of the students are really threatened by statistics. They’re kind of afraid of it, they dread taking it,” said Peters. “If they do dread it, they can end up in a cycle of failure.”

Peters created an intervention that tested whether or not values affirmation could improve student’s comfort and ability with numbers. For Peters, the key is that values affirmation reminds students of who they are and what is important to them in life. That, in turn, is thought to make them less stressed out about the math requirements and help them achieve some early successes in class.

“You want to get students to step back in a sense, to think more about what’s important to them in life so that ultimately you shore up their sense of self, so they’re more resilient to threats that come in the classroom and the classroom materials.”

How the Intervention Worked

Students first completed the values affirmation exercise near the beginning of the course. They were given a list of six values (including relationships with family and friends, spiritual/religious values and science/pursuit of knowledge) and asked to rank them in importance to themselves personally.

The students repeated the exercise a second time right before their first exam.

What the Researchers Discovered

Researchers found that students who participated in the values affirmation did significantly better on a test of their objective numeracy skills at the end of the course compared to their scores at the beginning. The students in the control group did not see improved scores.

Students also completed a questionnaire at the beginning and the end of the course that measured how good they thought they were at math and how much they preferred numbers over words. Results showed that students who completed the values affirmation showed no change in this subjective numeracy measure from the beginning to the end.

Researchers saw that lack of change as a positive development because those in the control group showed declines in how good they thought they were by the end of the course, presumably because of the stress and difficulties they faced in the statistics class.

The results, which were published July 12 in the journal PLOS ONE, indicate that confidence and core values have a lot to do with learning the numbers.

Creating a Cycle of Success

"Values affirmation is thought to help students get some early wins in class,” said Peters. “That leads them to try harder and get more achievements and it creates a cycle of success.”

The success in improving numeracy was important. But Peters said she was most interested in seeing if a boost in the students' math literacy could help them in the real world. And the research found that it did.

Results showed that the better numeracy scores seen with the values affirmation led to students scoring higher on a financial literacy test. In addition, these students showed better health-related behaviors, intentions and habits (such as avoiding cigarettes and practicing safe sex) over the course of the class.

In contrast, students in the control group showed declines in both financial literacy and health behaviors from the beginning to the end of the semester, Peters said.

"We were able to show that numeric ability really matters outside of class. Math isn't just for people who want a STEM career. It is for all of us," she said. 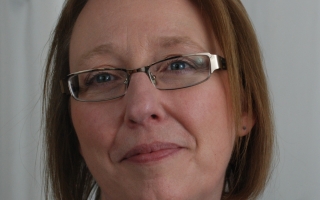