The College of Arts and Sciences is home to a wide array of experts in fields from African American and African studies to political science to English who are writing about Blackness and racism in the United States. For those interested in learning more about the history of racial justice movements in the U.S., we've asked four professors to reflect their work's renewed importance in 2020. 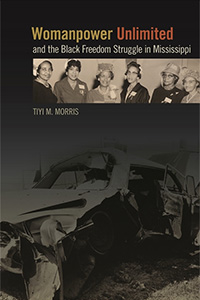 Womanpower Unlimited and the Black Freedom Struggle in Mississippi

By Tiyi Morris, associate professor in the Department of African American and African Studies

Womanpower Unlimited provides the first comprehensive examination of the Jackson, Mississippi-based women's organization of the same name. Founded in 1961, the organization was created to provide aid to the Freedom Riders who were unjustly arrested and tortured in Mississippi jails, later expanding its activism to include programs such as voter registration drives, youth education and participation in Women Strike for Peace. Womanpower Unlimited spearheaded a movement revitalizing Black women's social and political activism in the state.

Emphasizing a bottom-up analysis for attaining a more comprehensive narrative of the civil rights movement, this book broadens our understanding of movement history by examining the roles of “local people” as well as the leadership women provided. Black women, and Womanpower specifically, were central to movement successes in Mississippi, and Womanpower’s humanist agenda resulted in its having the most diverse agenda of a Mississippi-based civil rights organization.

“Black women have too often been rendered invisible in the historical record," Morris said. "As a historian, it is my responsibility to publicly document the ways Black women have contributed to the Black Freedom Movement and how Black women have sustained their families, their communities and each other. Writing this book allowed me to center Black women’s civil rights activism in Mississippi as not just support work, but also as mobilizing and leadership that was central to the Movement. The woman who comprised Womanpower Unlimited understood the legacy of Black women's activism they were continuing. This book offers important historical context and lessons for activists who are involved in the contemporary Black Freedom struggle.” 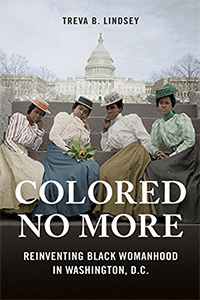 By Treva Lindsey, associate professor in the Department of Women's, Gender and Sexuality Studies

Home to established African American institutions and communities, Washington, D.C., offered women in the New Negro movement a unique setting for the fight against racial and gender oppression. Colored No More traces how African American women of the late-19th and early 20th century made significant strides toward making the nation's capital a more equal and dynamic urban center.

“Colored No More explores an untold history of African American women in the U.S. pushing toward equality and freedom," Lindsey said. "African American women living in the nation’s capital during the Jim Crow era fought back against racism and sexism in a multitude of ways. These formidable women challenged the status quo through both the culture and politics they created. This book shows how a marginalized community can expose the failures of U.S. democracy while also pushing the nation toward living up to its democratic ideals. It’s important to know this history as we are once again at a historical moment in which the voices of the marginalized are being heard in new and powerful ways. What happened in D.C. in the early 20th century is a precursor to more recent events around race, gender and inequality.” 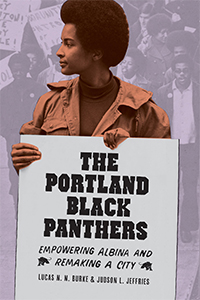 The Portland Black Panthers: Empowering Albina and Remaking a City

Co-authored by Judson Jeffries, professor in the Department of African American and African Studies

Portland, Oregon, though widely regarded as a liberal bastion, also has struggled historically with ethnic diversity; indeed, the 2010 census found it to be "America's whitest major city." In early recognition of such disparate realities, a group of African American activists in the 1960s formed a local branch of the Black Panther Party in the city's Albina District to rally their community and be heard by city leaders. As Lucas Burke and Judson Jeffries reveal, the Portland branch was quite different from the more famous ― and infamous ― Oakland headquarters. Instead of parading through the streets wearing black berets and ammunition belts, Portland's Panthers were more concerned with opening a health clinic and starting free breakfast programs for neighborhood kids. Though the group had been squeezed out of local politics by the early 1980s, its legacy lives on through the various activist groups in Portland that are still fighting many of the same battles. 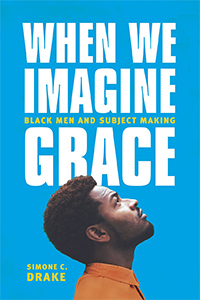 When We Imagine Grace: Black Men and Subject Making

In When We Imagine Grace, Drake borrows from Toni Morrison’s Beloved to bring imagination to the center of Black masculinity studies — allowing individual Black men to exempt themselves and their fates from a hateful, ignorant society and open themselves up as active agents at the center of their own stories.

Against a backdrop of crisis, Drake brings forth the narratives of Black men who have imagined grace for themselves. We meet African American cowboy, Nat Love, and Drake’s own grandfather, who served in the first Black military unit to fight in World War II. Synthesizing Black feminist and Black masculinity studies, Drake analyzes Black fathers and daughters; the valorization of Black criminals; the Black entrepreneurial pursuits of Marcus Garvey, Berry Gordy and Jay-Z; and the denigration and celebration of gay Black men: Cornelius Eady, Antoine Dodson and Kehinde Wiley. With a powerful command of its subjects and a passionate dedication to hope, When We Imagine Grace gives us a new way of seeing and knowing Black masculinity — sophisticated in concept and bracingly vivid in telling.

“I wrote this book because I wanted to intervene in media and academic conversations about crisis in relationship to Black men," Drake said. "I was concerned that the these conversations overlook important ways in which Black men have expressed self-determination and self-definition that defies dominant tropes society imposes upon them. I explore how real-life and imagined Black men do this through autobiography, poetry, film, visual art, comedy and dance, as well as the ways in which social policy and the law both informs and interferes with what they produce.”