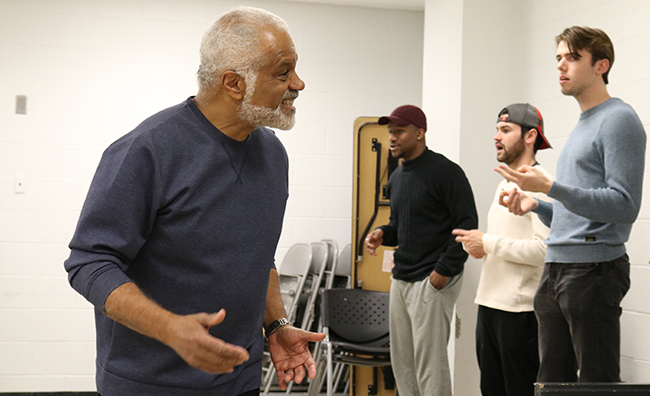 The tragic, titular role of Shakespeare’s Othello has been depicted by some of the most renowned black actors in history — both in film and on stage.

James Earl Jones. Laurence Fishburne. Chiwetel Ejiofor. Mekhi Phifer. Distinguished black thespians have portrayed one of Shakespeare’s most famed and widely depicted characters for years. But paving the way for those acting legends nearly 200 years ago was Ira Aldridge, the first black actor to breathe life into the Othello role.

The Department of Theatre will present the play, “Red Velvet,” a biodrama retelling the story about how Aldridge broke barriers and opened the door to fellow African American performers. The production is guest directed by actor, director and screenwriter Ted Lange and will be performed Feb. 6-15 at the Drake Performance and Event Center’s Roy Bowen Theatre.

“This play shows you this extraordinary actor who copes with all of the racism of not only the English audiences, but the English actors,” Lange said. “You see the obstacles he had to overcome just to be an actor on the stage.”

Aldridge began acting in New York City as a teenager in the early 1800s. He sailed to England when he was 17 in 1824 to pursue a career in theater, and in 1833, he took the stage as Othello. “Red Velvet” chronicles how Aldridge came into the breakthrough role and its impacts.

The play stars theatre major Sterling Wesley as Aldridge; theatre and English major Ashley Bice as Aldridge’s wife, Margaret; and communication and theatre major Betsy Huggins as Aldridge’s onstage colleague, Ellen Tree. The story documents Aldridge, an American who performed “Othello” in England, both early in his career and later toward the end of his life.

“What drew me [to the role] most was what he did for African Americans — being the first black man to play Othello,” Wesley said, adding that Othello, a black character, would typically be portrayed by white actors in blackface. “Everyone used him as a stepping stone, and he opened up careers for many African Americans to also take on this role. He was a trendsetter.” 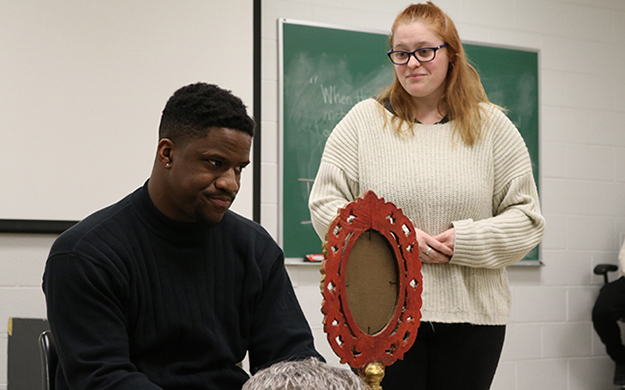 Sterling Wesley and Shaciah Lee, a second-year theatre and linguistics major, act out a scene during rehearsal. 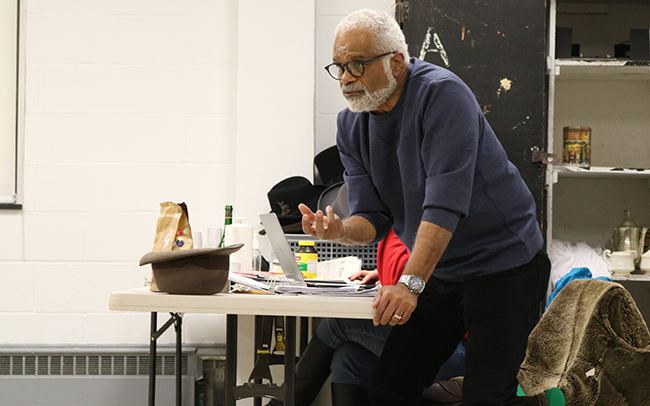 Ted Lange gives instructions to his cast during rehearsal.

Lange, most widely known as the bartender Isaac Washington in the television series, “The Love Boat,” was approached to direct the play by Janet Parrott, chair of the Department of Theatre. The pair connected on campus last year when Lange gave a lecture on Hollywood showbusiness. When an opportunity arose to have a guest director for “Red Velvet,” Parrott contacted Lange, who returned to Ohio State to take on the job.

Lange said he’s been impressed with the Department of Theatre’s resources and spaces, as well as the actors’ commitment and willingness to learn.

“The Bowen is a beautiful theater,” he said. “In Hollywood, unless you’re at one of the high-end theaters, you don’t get access to this kind of stuff. I can do things with lights and staging. You’ve got costumes. … In Hollywood, I’m usually working with no budget trying to make it look like I’ve got a budget. But [at Ohio State], I have a budget, and I get to play with the toys.”

“It’s interesting acting as an actor and then performing a play within a play,” Wesley said. “The first time I did it in rehearsal, I realized I was playing Othello the way [I] would do it, but really I needed to play Othello as Ira would do it. Ira has a much more confident, more forward, punching style.”

The result? A dramatic, poignant narrative detailing one of the most significant actors in theater.

This is entertainment, but at the same time, it’s also educational and historical,” Lange said. “Sometimes, history can be a little dry. This isn’t. This is exciting, informative, and you’re going to see things that correlate with now. Feminism is in this play. Racism is in this play. If you want to learn something about theater and the history of theater, this is the show for you.” 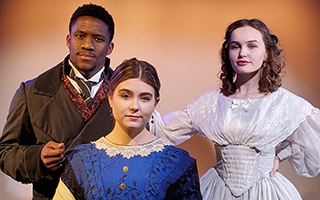