The recognition enshrined a growing political and cultural discourse that presents human trafficking as a modern manifestation of historical slavery, said Jennifer Suchland, associate professor in the Department of Women’s, Gender and Sexuality Studies and the Department of Slavic and East European Languages and Cultures.

Suchland was named a 2020 Mellon/American Council of Learned Societies Scholars and Society Fellow this summer for her research into the link between historical and modern-day slavery. As a fellow, she will collaborate with the National Underground Railroad Freedom Center in Cincinnati, a museum that showcases stories of freedom’s heroes from the era of the Underground Railroad to the present.

Her project, “Abolition Today,” examines the multiple and at times conflicting contemporary meanings associated with abolition. Some see abolition as undoing the society that slavery created. Others view abolition as a response to “modern-day slavery,” another name for human trafficking. 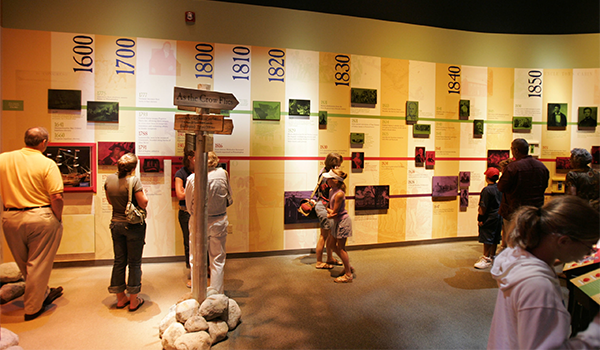 “The language around modern-day slavery has helped bring attention to human trafficking because there's a very strong moral register to the idea that the U.S. had chattel slavery and that it was abolished,” Suchland said. “So just like abolitionists from the 18th and 19th century, we have people today who take on this identification as modern day abolitionists against modern day slavery.”

The complication, Suchland said, is that this construction can diminish the moral demands on the present made by chattel slavery and its far-reaching legacies. It’s also deeper than a semantic issue, as anti-trafficking strategies often affirm the same criminal justice system that others seek to dismantle, recognizing that the system is discriminatory and a descendent of historical slavery.

“Anti-trafficking strategies at the governmental and non-governmental levels narrowly focus on the problem as an issue of crime and punishment,” Suchland said. “There is a human rights deficit at the heart of anti-trafficking partly because it isn’t addressed as an issue of structural violence that requires broad economic, racial, gender and political justice interventions.”

Suchland’s collaboration with the Freedom Center on public engagement and reflection is part of her work exploring complex cultural and political resonances of “modern day slavery.” It will also examine “carceral” approaches to human rights that center policing and incarceration as solutions for violence and harm.

Anti-trafficking advocacy has made significant progress in increasing empathy for vulnerable people and conceptualizing trafficked people as victims, rather than criminals, but, Suchland said, relying on policing and criminal justice to solve human trafficking is a problem. Women and LGBTQ people of color are still sometimes criminalized for defending themselves, and the state itself is a “perpetrator of racial, gender and sexual violence, so centering the carceral system in human rights work leaves that totally unaddressed.”

“In anti-trafficking, regular folks are asked to look out for potential victims or perpetrators,” she said. “This can heighten suspicion and profiling of people who are already criminalized, policed and surveilled. We need to ask ourselves what the broader structural issues are and address them, including systemic racism and anti-Blackness, anti-indigeneity and the various ways that we police and criminalize poverty.”

Suchland said people involved in anti-trafficking do not often see themselves in coalition with long standing anti-oppression mobilizations addressing policing, prisons and surveillance.

“So it requires people who are involved in anti-trafficking to not necessarily think of modern day slavery as an isolated crime, but to actually expand their consciousness around trafficking and anti-trafficking work to recognize that those are situated within a set of social relations that uphold a great deal of oppression in our society.”

This is Suchland’s first major foray into exploring narratives associated with domestic trafficking and modern day slavery in the U.S., inspired by her previous experience conducting a legal and policy-driven analysis of global human trafficking as it re-emerged as a political concern in the late Cold War.

“While a lot of attention is given to finding and wielding data about human trafficking, what we lack is deep reflection and contemplation about its significance today,” she said.

She hopes her research will encourage critical reflection inside the academy and beyond, whether that be in policy, activism or public education.

“People rely on the arts and humanities as a salve for the soul, but I think they go beyond that,” Suchland said. “They facilitate our understanding and grappling with what's happening and thus can change social relations. I'm hoping that this project can do that, too, on some level.” 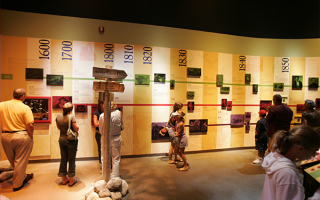