With a share of a $450,000 gift from Google, Thomas Wood, assistant professor in the Department of Political Science, will investigate how fact-checking can effectively counteract misinformation about COVID-19 vaccines. This research project will support the Google News Initiative’s creation of a COVID-19 Vaccine Media Hub, which will bring journalists and fact-checkers the latest scientific information about the vaccines.

Along with colleagues Ethan Porter at George Washington University and Yamil Velez at Columbia University, Wood will survey citizens in 10 countries to determine what formats, headlines and sources best reduce false beliefs about the vaccines and whether they can increase willingness to take a COVID-19 vaccine. 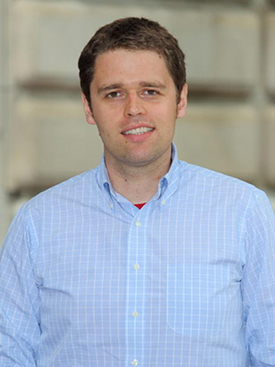 Wood studies political misinformation, and through his previous research — including his and Porter’s book False Alarm: The Truth About Political Mistruths in the Trump Era (Cambridge University Press, 2019) — he has shown that factual rebuttals can cause people to hold more accurate beliefs. Here, he discusses how he looks to bring this work into the arena of public health and COVID-19 vaccines.

However, we've made a lot of headway demonstrating that is basically untrue. Political misinformation is just as correctable is other questions, and it actually is very amenable to correction. And from that work, we became preoccupied with this idea that COVID-19 vaccine hesitancy is going to be a significant public health problem of the coming year. In the publicly available data, the strongest correlatations to vaccine misunderstandings are political identities. We feel quite well equipped to make a contribution in this area.

We’re in a politically divisive time during this pandemic, and even public health guidance has been polarizing. Is this reason to be skeptical of the impact correcting vaccine misinformation can have?

It is surprising that in the midst of a once-in-a-century pandemic that so many questions of public health are politically charged. I came from a background of studying attitudes about campaigns and candidates, and it has been surprising how attitudes about science have become politically polarized. That's obviously a deeper question that predates the pandemic in a bunch of ways.

Whenever we give an optimistic set of findings about factual interventions, people always have recourse to the “crazy uncle” as a reason for skepticism. That's a fairly misleading sort of analogy, because of course while the “crazy uncle” is ranting at the Thanksgiving dinner table, the rest of the family is awkwardly staring at their mashed potatoes. The people awkwardly staring at their dinner plates are the American public, but we fixate on the very aggressive adherence to misinformation, and that is of course beyond intervention, but that's not who we experiment on. We experiment on the American public at large.

What role does misinformation correction have in conjunction with other public health efforts related to COVID-19 vaccination?

And then finally, like just a social proof, we’ll be seeing celebrities in the same way Elvis got the polio vaccine on The Ed Sullivan Show. I imagine in the next couple months, we will have the most famous celebrities in America getting jabs on TV. That will do a tremendous amount in demystifying the process and revealing that the American public is not a guinea pig. In fact, it's an incredible privilege that we have to be at the front of the line of the global vaccine production. 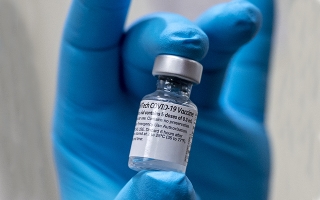