Ohio State has awarded the permanent, honorific title of Distinguished University Professor to three of its faculty members. The distinction is the highest faculty honor at Ohio State and is given on a competitive basis to full professors who have demonstrated exceptional teaching, research, scholarly or creative work, and service. This year, all three recipients are on the faculty of the College of Arts and Sciences.

“I am so proud that Ohio State’s three new Distinguished University Professors find their home in the College of Arts and Sciences,” said Gretchen Ritter, executive dean and vice provost. “Jan, Susan and Roger represent the excellence of our faculty, and I am grateful to have them as colleagues.” 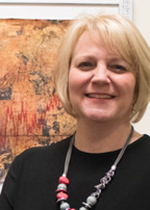 Janet Box-Steffensmeier is a Distinguished University Scholar and a professor in the Department of Sociology by courtesy. She served as interim executive dean and vice provost of the College of Arts and Sciences from 2018-2019, was divisional dean for social and behavioral sciences from 2014-2018 and was appointed to the Academic Affairs, Student Life and Research Committee of the Board of Trustees in 2013.

Box-Steffensmeier is a renowned scholar in the field of political science whose research focuses on American politics and political methodology. She was elected to the American Academy of Arts and Sciences in 2017, was elected incoming president of the American Political Science Association in 2019 and was an inaugural Fellow of the Society for Political Methodology. The Interuniversity Consortium for Political and Social Research annually bestows the Box-Steffensmeier Graduate Student Award, named after Box-Steffensmeier to recognize her contributions to political methodology and her support of women in the field.

Box-Steffensmeier arrived at Ohio State as an assistant professor in 1993 after receiving her PhD from the University of Texas at Austin the same year. 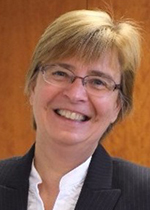 Susan Olesik, who was recently appointed dean for natural and mathematical sciences effective July 1, is an internationally recognized scholar in the field of analytical chemistry. She sits on the Academic Affairs, Student Life and Research Committee of the Board of Trustees and co-chairs the University Advisory Subcommittee of the Presidential Search Committee.

Olesik is a Fellow of the American Association for the Advancement of Science (AAAS) and the American Chemical Society. She served as chair of the Department of Chemistry and Biochemistry from 2011-2019, during which she helped launch the interdisciplinary Chemical and Biomolecular Engineering and Chemistry Building. Committed to inclusion and access, Olesik has overseen scholarship programs that support first-generation and underrepresented undergraduate students, and she directs the Ohio House of Science and Engineering and Wonders of Our World science outreach programs.

Olesik earned her PhD from the University of Wisconsin-Madison and has been a faculty member at Ohio State since 1986. 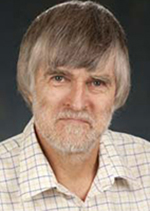 Roger Ratcliff has made vast contributions to the field of cognitive psychology, and his research focuses on modeling application and methodology for rapid decision-making. His diffusion model of decision-making is used by researchers around the world, and he is the most-published living author in the prestigious psychology journal, Psychological Review, for which he has authored 30 publications.

Ratcliff was elected to the American Academy of Arts and Sciences in 2015 and was given Ohio State’s Distinguished Scholar Award in 2010. He is a Fellow of the Society of Experimental Psychologists and the American Psychological Society, receiving two NIHM Research Scientist Awards (1990-98, 2000-05), an NIMH Merit Award (1999-2009) and the Troland Research Award from the National Academy of Sciences.

Ratcliff earned his PhD from the University of Auckland, New Zealand and joined the Department of Psychology faculty in 2003. 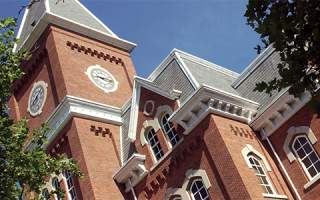