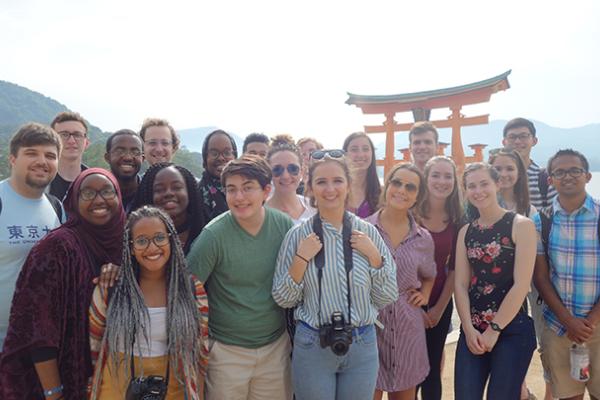 “My understanding of disasters changed a lot that day,” said Ibaraki, who had to stay in the airport overnight and was briefly stuck in Tokyo as a result of the earthquake. “Everything changed from that one accident — that one earthquake.”

A year later, Ibaraki traveled to Fukushima and Iwate to see how the tsunami’s impact continued to affect the region. Upon realizing how one major incident changed the course of so many lives, Ibaraki decided to fuse the disciplines of public health and Earth sciences into one study abroad course, titled "Field Experience in Global Public Health: Japan."

From mid-to-late May, Ibaraki leads between 15 to 20 students through locales such as Tokyo, Hiroshima and Fukushima, where they study a wide range of public health, sociological and cultural issues through a Japanese perspective. Students have opportunities to observe the impacts of the Fukushima nuclear disaster, reflect on the impact of the atomic bombing of Hiroshima and listen to first-hand accounts from individuals affected by mercury pollution in Minamata. 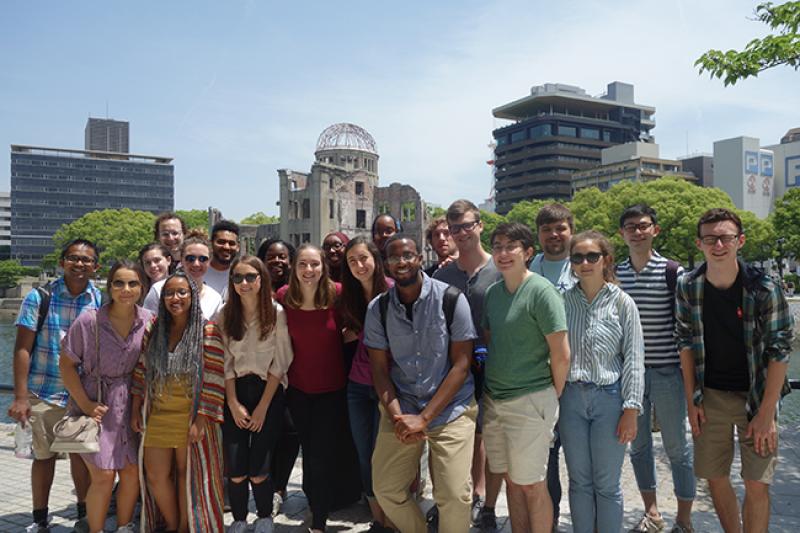 A group of students stand before the Hiroshima Peace Memorial, a building that withstood the atomic bombing of Hiroshima and is now preserved as a memorial the tens of thousands who lost their lives in the attack.

“Students actually see and smell and feel the sights,” Ibaraki said. “Seeing a storyteller and listening to what they say is very, very strong compared to when I go downstairs and give lectures.”

Niki Asa is a junior majoring in environmental public health who went to Japan for the study abroad course last May. One experience that stood out to her was visiting the Fukushima site. A bus took students through desolate neighborhoods before driving past the power plant itself, giving observers the chance to see the scope of the damage and the effects it had on the surrounding areas.

“That was an experience I never really thought I’d ever have,” Asa said. “They said they’ve done a really good job containing [the radiation], and they want people to come and look at what they did, what worked for them and what didn’t work for them. It’s a learning experience.” 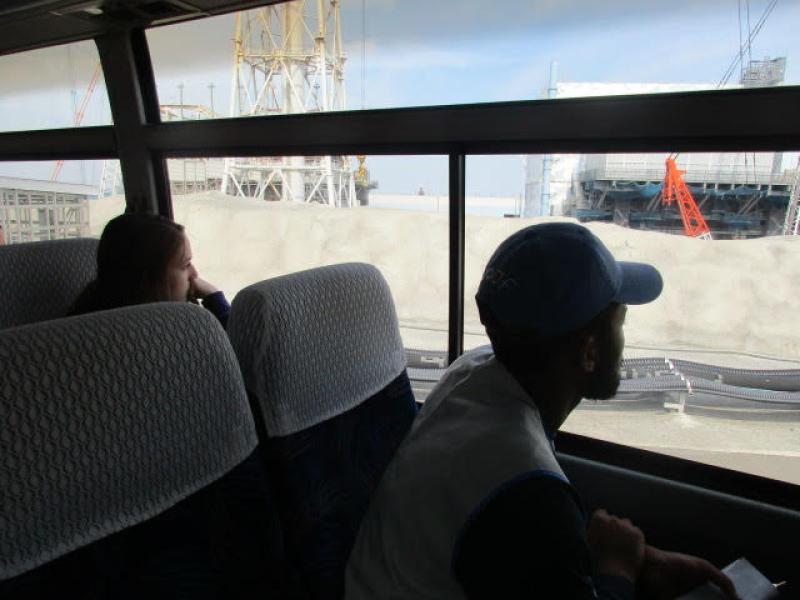 Students inside a bus observe the wreckage at the Fukushima Daiichi Nuclear Power Plant.

“We have to understand not only environmental issues, but also human health aspects."