Faculty, Alumnus Elected to American Academy of Arts and Sciences

This year, three Ohio State faculty and one alumnus were elected to the 237th class of the American Academy of Arts and Sciences. Those elected include Janet Box-Steffensmeier, political science; Russell Fazio, psychology; Geoffrey Parker, history; and Carter Phillips, law.

The 228 new members elected include some of the world’s most accomplished scholars, scientists, writers and artists, along with civic, business and philanthropic leaders. Founded in 1780, the American Academy of Arts and Sciences is one of the country’s oldest learned societies and independent policy research centers. The new class will be inducted at a ceremony on Oct. 7 in Cambridge, Massachusetts. 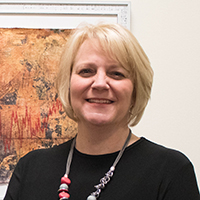 Box-Steffensmeier’s work focuses on political methodology and American politics. She is one of the top political methodologists working on event history, time series analysis and network modeling and is well known for incorporating heterogeneity into analyses of political dynamics. Temporal change and dynamics are a driving theme throughout her substantive and methodological work. She has made lasting contributions to our understanding of the evolution of political behavior and political institutions through the development of new methods, data and theory. Her work has extensive support from the National Science Foundation (NSF).

Box-Steffensmeier is the current vice president for APSA, and she previously served as the treasurer. She was also the president of the Political Methodology Society and Midwest Political Science Association. She has been an associate editor of both Political Analysis and the American Journal of Political Science.

Box-Steffensmeier founded the Visions in Methodology (VIM) conference, funded by NSF, to support women who study political methodology by providing opportunities for scholarly progress and professional mentoring. Ohio State hosted the first VIM meeting in 2008. The Box-Steffensmeier Graduate Student Award, given annually by the Interuniversity Consortium for Political and Social Research is named for her in recognition of her contributions in political methodology and her support of women in this field. In 2013, Box-Steffensmeier was recognized for Outstanding Professional Achievement for Scholarship and Mentorship by the Women’s Caucus for the Midwest Political Science Association.

The Ohio State University has recognized Box-Steffensmeier with the Distinguished Scholar Award in 2012 and an Undergraduate Mentor Award in 2009. The Department of Political Science honored her in 2013 with a Distinguished Teaching Award. 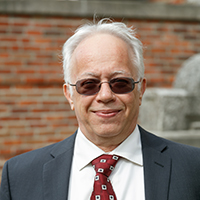 Russell Fazio, the Harold E. Burtt Chair in Psychology, is an internationally prominent scientist recognized for his numerous influential contributions to theory and research on attitudes and social cognition. His work has proven extraordinarily innovative, both at the theoretical and methodological levels, and has changed the ways in which researchers both conceptualize and measure attitudes. Moreover, Fazio's research has had extraordinary impact beyond psychology, in such disciplines as the study of consumer behavior, political science, communication, marketing, decision sciences and clinical psychology.

He has published more than 160 journal articles and book chapters, as well as an edited volume, an introductory psychology textbook, and a collection of readings. Fazio also has received numerous honors. On April 3, he was honored with the College of Arts and Sciences Harlan Hatcher Arts and Sciences Distinguished Faculty Award in recognition of his exceptional record in teaching, research, and service. In 2008, Ohio State selected Fazio for the Distinguished Scholar Award. He has received two lifetime achievement awards, including one from the Society for Personality and Social Psychology, the world's largest organization of social and personality psychologists.

Fazio’s research program has examined the formation of attitudes, their accessibility from memory, functional value and the processes by which they influence attention, categorization, judgments, decision-making and behavior. He has been heavily involved in the development of implicit measures of attitude and in advancing their appropriate interpretation. His research was among the first to examine “implicit bias” and to demonstrate that attitudes could impact judgments and behavior without individuals’ awareness of that influence.

Fazio’s most recent line of research adopts a similar implicit measurement approach to the assessment of fundamental individual differences in the weighting of positive versus negative valence. He then examines the impact of these individual differences on a wide variety of phenomena, including threat assessment, emotional reactivity to stress, apprehension about novel objects or situations, risk behavior, friendship development and self-control.

Fazio’s research has been funded continuously by NSF, the National Institute of Mental Health, the National Institute on Alcohol Abuse and Alcoholism and, most recently, the Templeton Foundation. His professional leadership activities have been extensive, including service as editor of the Journal of Experimental Social Psychology and as president of the Midwestern Psychological Association.

Fazio received his PhD in social psychology from Princeton University in 1978. He began his academic career at Indiana University and moved to Ohio State in 2001. 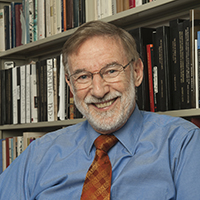 Parker, considered one of his generation’s most influential historians, is no stranger in the arena of the world’s top awards and honors, most notably the Royal Netherlands Academy of Arts and Sciences’ Dr. A.H. Heineken Prize for History in 2012 (Nobel Prize equivalent for historians) and, in 2016, elected Corresponding Fellow of the Royal Society of Edinburgh, Scotland’s National Academy of Science and Letters, created in 1783 by Royal Charter for “the advancement of learning and useful knowledge.” Additionally, he is fellow of several other European Academies.

A consummate and prolific scholar, Parker has authored, edited or co-edited 39 books and more than 100 articles and book chapters. Specializing in the social, political and military history of Europe between 1500 and 1650, with special reference to Spain and its empire. He is the author of several seminal books in the area — notably, The Military Revolution: Military Innovation and the Rise of the West, 1500-1800. Published by Cambridge University Press in 1988, it won two major book prizes.

In 2013, Yale University Press published Global Crisis: War, Climate, and Catastrophe in the Seventeenth Century, concerning the climatically induced crisis that created acute political, economic, intellectual and social upheaval all around the globe, causing the premature death of around one-third of the human population. The book was inspired, in part, by the hope that it would help inform the current debate on the consequences for human society of sudden climatic change. In 2014, the Society for Military History awarded Global Crisis its “best book” prize, and the British Academy awarded it a medal that recognizes “a landmark academic achievement in any of the disciplines supported by the Academy, which has transformed understanding of a particular subject or field of study.” Yale will publish an abridged and updated edition in July 2017.

In 2014, Yale University Press published Imprudent King: A New Life of Philip II, which has received numerous accolades. It includes much previously unknown material from a cache of 3,000 documents written by or to Philip that Parker discovered and cataloged in the library of the Hispanic Society of America in New York City.

Additionally, he has delivered hundreds of lectures around the world and given countless television and radio interviews in North America and Europe. He was principal consultant to the 2015 BBC mini-series Armada: 12 Days to Save England and also appeared in each episode.

Parker teaches courses on the Reformation, European history and military history at both undergraduate and graduate levels, and he received an Ohio State Alumni Distinguished Teaching Award in 2006. He has directed several doctoral theses to completion.

Parker studied history at Christ’s College, Cambridge University, where he received a BA, PhD, and LittD. He then taught at the Universities of Cambridge and St Andrews in Great Britain and at Yale before joining Ohio State’s Department of History in 1997. He returned to St Andrews in Edinburgh as a Carnegie Centennial Professor during the 2016 academic year. Currently, he is completing his biography of the Emperor Charles V (1500-58), a project for which the National Endowment for the Humanities awarded him a senior fellowship in 2014-15. 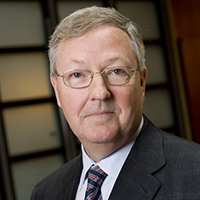 Alumnus Carter G. Phillips (BA, political science, 1973) is a partner at Sidley Austin LLP in Washington, D.C. He is the chair of the firm’s executive committee and was the managing partner of its Washington, D.C., office from 1995 to 2012. He served as a law clerk to both Judge Robert Sprecher on the U.S. Court of Appeals for the Seventh Circuit and Chief Justice Warren E. Burger on the U.S. Supreme Court. He also served as assistant to the solicitor general.

Phillips has argued 75 cases before the Supreme Court since joining Sidley, which is more than any other lawyer while in private practice. He also argued nine cases before the court on behalf of the federal government during his tenure in the solicitor general’s office, for a total of 84 arguments before the court. Phillips also has argued more than 120 cases in U.S. Courts of Appeals, including at least one in every circuit in the country, and more than 30 in the Court of Appeals for the Federal Circuit.

Phillips’ advocacy on behalf of clients has earned him acknowledgement in numerous publications. An academic study of Supreme Court briefs from 1946 to 2013 found him to be one of the most successful lawyers to argue in front of the Supreme Court.

In recognition of Phillips’ litigation success, he has been ranked among the nation’s top lawyers by Chambers USA, The Legal 500 United States, Benchmark Litigation, The Best Lawyers in America, Who’s Who Legal and the National Law Journal. Phillips consistently is recognized by Chambers USA as being in the nation’s top tier of appellate lawyers and regularly receives the directory’s highest level “Star” ranking.

In 2015, Phillips was named to the National Law Journal’s list of Litigation Trailblazers, as well as named to the Who’s Who Legal: Business Crime Defence list. In The Legal 500, he is recommended as a “Leading Lawyer.” Phillips was named to the 2013 National Law Journal list of “The 100 Most Influential Lawyers in America.” He was also named one of the 2012 “Lawyers of the Year” in the area of Litigation - Regulatory Enforcement by Best Lawyers. Washingtonian magazine named Phillips to its list of Washington’s Best Lawyers as one of the region’s “best legal minds” for his Supreme Court practice, every year since 2013.

Phillips and his wife, Sue Henry, generously gave $1 million to Ohio State in 2010 to endow a professorship in the Department of Political Science. He earned an MA from Northwestern University and his JD from Northwestern School of Law. 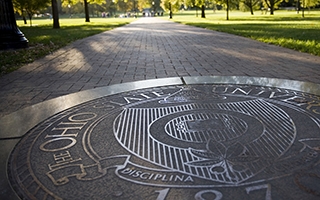