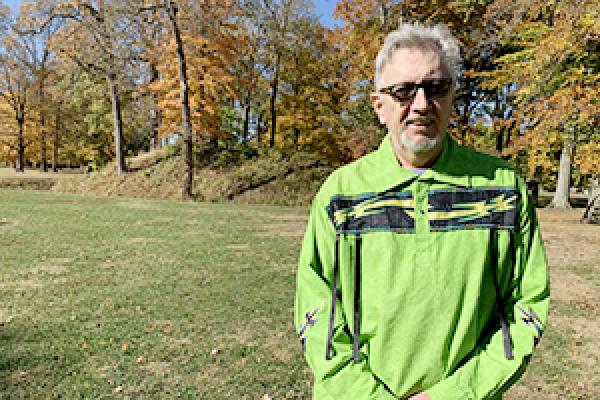 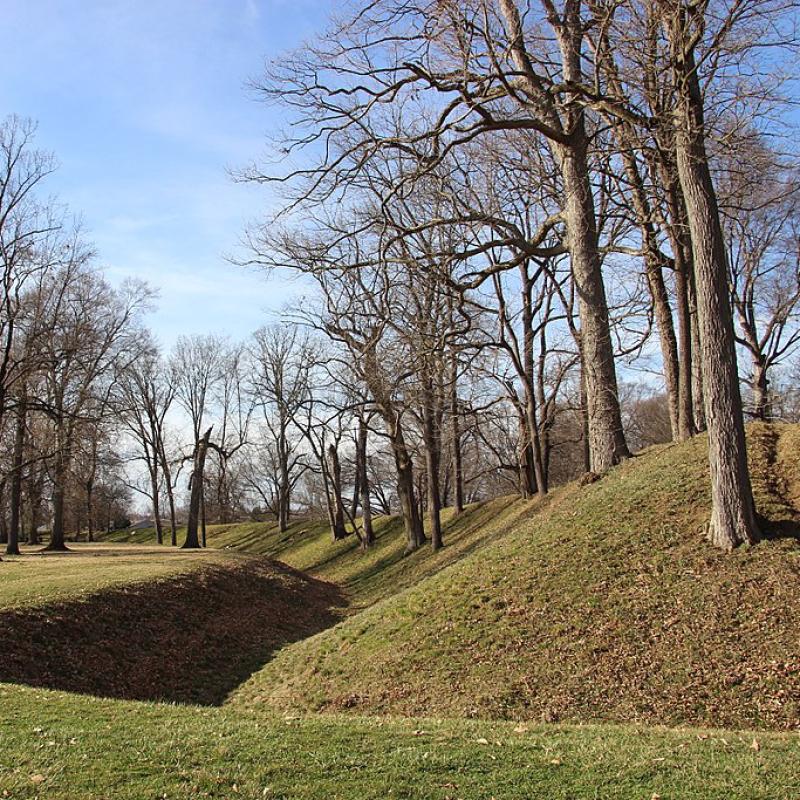 The east entrance of the Newark Earthwork's Great Circle.

Encompassing over 4 square miles and constructed by the indigenous peoples of the ancient Hopewell culture between 100 B.C. and 500 A.D, the Newark Earthworks are the largest set of earthen enclosures in the world. Approximately 2,000 years after they were built, John Low feels their significance and generational legacy in his veins.

Low, an associate professor of comparative studies at Ohio State Newark, was recently named director of the Newark Earthworks Center (NEC), an interdisciplinary academic center at Ohio State. Created in 2005, the NEC examines American Indians’ cultural and scientific achievements with a focus on developing programs and researching the cultures that constructed earthworks around the Midwest.

Low is the coordinator of the Newark campus’s American studies minor and often takes students to the earthworks, where he’s able to incorporate them into his teaching and research. A citizen of the Pokagon Band of Potawatomi Indian nation, Low feels a distinct connection to the earthworks, a connection passed down by his ancestors.

“We may have direct descendance to these mound builders, and even if we don’t, these were our indigenous neighbors that built these places,” Low said. “The earthworks are a celebration of who our ancestors were and who we are as Native peoples. That’s what it means to me.” 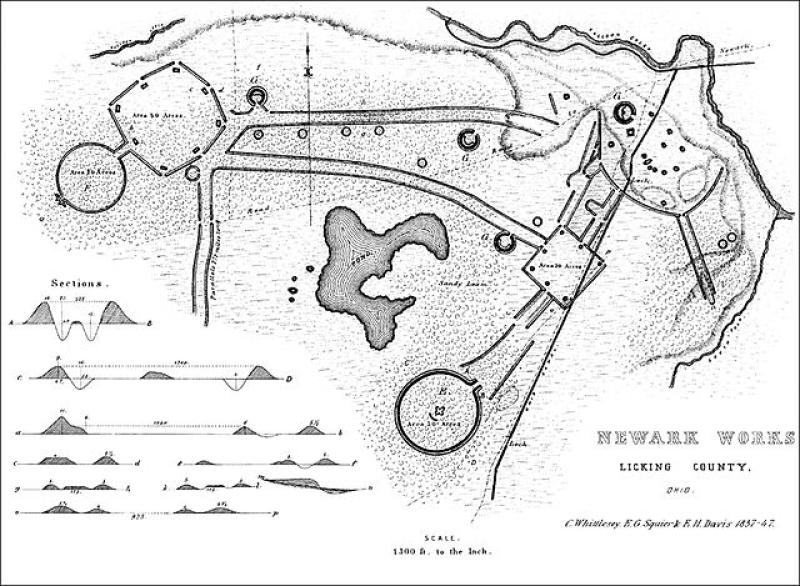 Much of the earthworks have been demolished over the years as Newark has developed and expanded, but three sections have remained more or less intact:

“The people who built these were very pre-Frank Lloyd Wright in that they were really concerned with the horizonal,” Low said. “He was interested in his architecture blending in and being horizontal and in balance with the environment.”

Though no one can know for certain the Hopewell peoples’ reasons for constructing the complex — some speculate the earthworks were places of worship, trade, burials and other ceremonies — they remain an extraordinary feat of ingenuity that exemplify their creators’ advanced knowledge of geometry, astronomy and earthen engineering.

For example, in 1982, researchers from Earlham College discovered that the Octagon Earthworks was a complicated lunar observatory. The gaps between each wall of the Octagon, they found, are aligned to points on the horizon indicating notable moonrises and moonsets of a complex 18.6-year lunar cycle, with the extreme northernmost moonrise lining up exactly with the Octagon’s central axis. Furthermore, the square footage of both the Great Circle and the Observatory Circle (1,054 feet) corresponds to other Hopewellian structures, including the Octagon.

“That measurement is replicated in other places in Ohio, so they were doing the exact same thing,” Low said. “Regarding the moon cycle, we can only speculate why that was important, but it was important to them. It may have represented stability and balance that these things were going to continue as they were expected to go. It shows a lot of human ingenuity.” 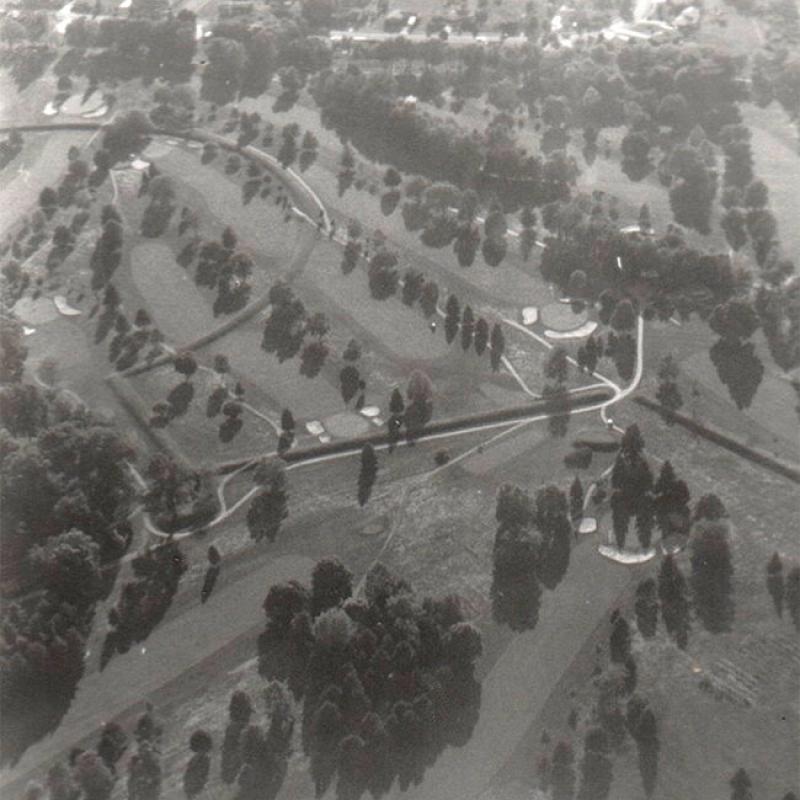 Moundbuilders Country Club's golf course is constructed within the Octagon and Observatory Circle.

The Newark Earthworks is operated as a state park by the Ohio History Connection, is designated as a National Historic Landmark and is considered by the state of Ohio as “the official prehistoric monument of the state.”

The site is also being considered for inclusion on the UNESCO World Heritage List, which recognizes designated landmarks around the world that have cultural, historical or scientific significance and are legally protected by international treaties. The Newark Earthworks’ status on the list hinges partly on an ongoing legal battle with Moundbuilders Country Club, on which the Octagon Earthworks lay.

Low says, however, the designation wouldn’t be decided on for another three to four years.

“There would be a significant influx of tourism from around the world, which would be really exciting to be able share this,” he said.

As director of the NEC, Low is striving to promote scholarly engagement surrounding the Newark Earthworks and grow the NEC as an elite research center. He feels a duty to develop the NEC and bring academics to the earthworks not just because he’s a professor and researcher, but because of the generations that came before him.

“The blood of mound builders is in our veins,” he said. “We may not have built them, but we carry that ancestry and that legacy and that inheritance with us.”