The image of the teenage girl was central to 1990s pop culture (think “Clueless,” “Buffy the Vampire Slayer” and “10 Things I Hate About You”).

And in turn — between “Full House” and “Boy Meets World” reruns — teenage girls played an active part in constructing the feminist and cultural narratives of the era, argues Rachel Miller, a PhD candidate in the Department of English and recent recipient of Ohio State's Presidential Fellowship.

Miller’s dissertation “The Girls’ Room: Bedroom Culture and the Ephemeral Archive in the 1990s,” focuses on the specific space of girls’ bedrooms, which she notes were often used to archive cultural material and as “a platform for media production.” Her research involves tracking down old comics and zines (self-published magazines), which she considers alongside depictions of girlhood in 90s film, art and literature. 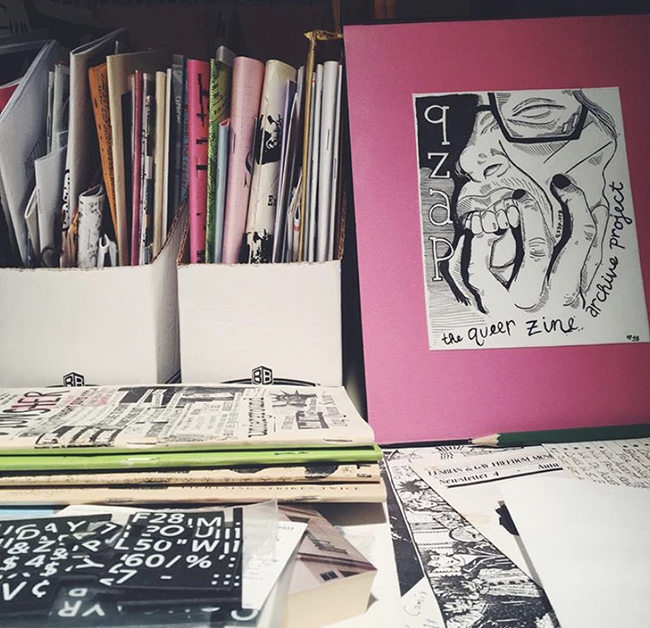 What gave you the idea to start this project?

This project really started as an ode to my teenage bedroom and the bedrooms of my girlfriends. Growing up, these were our safe spaces and the places from which we began to make sense of the world — from discovering music that we liked to watching movies, writing diaries and making shrines of the pop culture that we loved (my ceiling was covered with pictures from "The Lord of the Rings" movies).

When I came to Ohio State, I began researching 1990s-era zines. I realized that girls’ rooms were these kind of laboratories in which consumption didn’t necessarily follow the rules of capitalist consumerism, but instead often yielded things like zines, mixed tapes, self-made comics and deeply personal attachments to pop culture ephemera. While lots of scholars look at this media in isolation, I wanted to think about this ecosystem as a whole.

What drew you toward this area of research?

As a teenager I made my own zine, drew comics, coded a very embarrassing GeoCities website about "The Lord of the Rings" and recorded songs with old tape decks, but growing up in a rural area on the outskirts of central Ohio, I had no one to really share this stuff I was making with.

Going to graduate school had never been part of my plan, but in my last semester at the University of Chicago, I went to a conference called “Comics: Philosophy and Practice,” and it finally clicked that I could pursue my interests in underground and alternative media in a real way. The work I do now is very much a way to connect myself back to this history of girls and women making their own media that I once felt isolated from, alone in my room.

You say that some cultural and literary historians cast the 1990s as a “dead-zone.” Why?

The 1990s sits between the literary periods we know as “postmodernism” and the contemporary moment. Ohio State’s own Brian McHale suggests the 1990s might be an “interregnum” characterized by a lot of fads, but no defining movement that we could use to synthesize the conventions of art and literature. The 1990s are also a period in which we see a breakdown of the distinctions between high and low culture, and pop culture in particular becomes a battleground for asserting national values. We see the rise of reality TV, the internet and the commodification of subcultures like grunge, gangsta rap, Riot Grrrl and alternative comics at an unprecedented scale. All this makes the 1990s hard to get a handle on.

How do girls’ bedrooms from this era serve as archives of cultural material?

Girls and girl culture are really cool focal points for looking at the landscape of 1990s-era pop, literary and arts cultures, because as consumers of culture, girls don’t necessarily distinguish between different cultural artifacts in the way that a literary historian would. Girls read teen magazines like Tiger Beat or Seventeen, but also watched Sophia Coppola movies, read feminist memoirs from the 60s, made zines and listened to punk music — and there is something about this methodology of embracing a more expansive archive of cultural material that I think is materialized by girls’ bedrooms.

Of course, we all eventually lose our bedrooms to time, which is why I call the girls’ rooms I’m analyzing “ephemeral archives.” Not only do these spaces have a unique relationship to cultural material that is typically castoff, unimportant, ephemeral, but the spaces themselves only last for a certain span of time, which shifts how we think about archives, because we’re used to archives being stable and always available.

What have been some of the biggest challenges in conducting this research?

I’ve had to be meticulous about tracking down the media I want to work with because there’s no centralized location for this, but that’s the thrilling thing about doing this work, too. With this media, not only are the physical objects easily lost to time or damaged, but the history of how these objects came to be and what function they served is often effaced or misrepresented. I’ve been fortunate for the librarians, archivists and personal collectors I’ve met who not only preserve these materials, but understand them as a living history.

In what ways is your research contributing to feminist history?

I hope that my research will introduce new methods for feminist scholars who want to work through multiple kinds of feminist-oriented media. I am also deeply invested in using my work to help us rethink how we conceptualize feminist history itself. 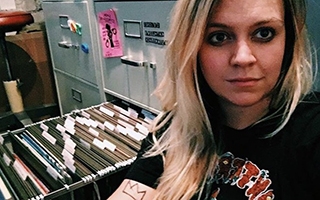