Graphic novel with roots in The Lantern coming to Netflix 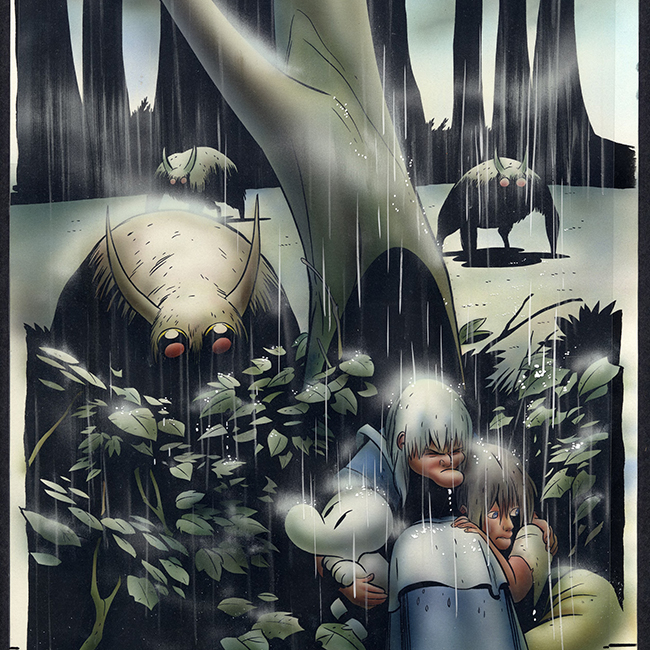 He’d recently earned a scholarship to the Columbus College of Art and Design but dropped out soon after he began. Amid working odd jobs and figuring out his next step, Smith began thinking maybe the ink had run dry on a career in cartooning.

Then, one day, he found himself on Ohio State’s campus.

“I picked up The Lantern, and a lightbulb went off,” he said. “I told myself I was going to go to Ohio State and try and get a cartoon in The Lantern and learn how to do this.” 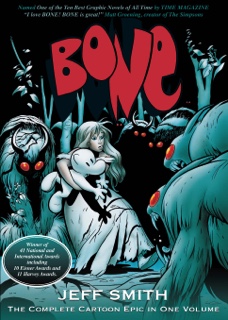 Smith enrolled at Ohio State in 1982. Nearly 40 years later, Bone, his most popular work, is coming to Netflix.

Smith will be involved in the creation of the series, which will be drawn in 2D. He says preproduction will begin this month, and the show should air by fall 2022.

"I’ve waited a long time for this,” Smith said in a statement after the announcement in October. “Netflix is the perfect home for Bone. Fans of the books know that the story develops chapter by chapter and book by book. An animated series is exactly the way to do this.”

Bone tells the funny, epic tale of the Bone cousins, who are run out of their hometown of Boneville and end up in “the Valley,” a mysterious and fantastical landscape inhabited by strange creatures and eccentric allies. Fone Bone, the series’ protagonist, befriends a farm girl, Thorn Harvestar, and her enigmatic grandmother, Gran’ma Ben. Soon, the Bones find themselves in the midst of a harrowing struggle between good and evil.

Smith published the first issue of Bone in 1991, and it ran until issue No. 55 brought the series to a close in 2004. In between, Bone won 10 Eisner Awards, 11 Harvey Awards and was twice selected Best Comic Book by the National Cartoonists Society. But the comic’s origins began not long after Smith began his studies at Ohio State.

Shortly after Smith arrived on campus as an art and journalism student, he began drawing a daily comic strip for The Lantern called Thorn, which centered on Thorn Harvestar. It also featured the Bone cousins, whom Smith actually began drawing when he was just 5 years old. Smith used his strip in The Lantern to refine his artistic skills, experiment with storytelling and develop his nuanced balance of humor and adventure — a theme that became one of Bone’s defining characteristics.

During Smith’s first year at Ohio State, he met Lucy Caswell, who at the time curated the Milton Caniff Research Room. The room had a modest collection of the cartoonist’s materials, and it eventually grew to become what is now the Billy Ireland Cartoon Library and Museum. It was also where Smith spent his formative years.

“That was probably one of the most significant meetings of my life,” Smith said. “[Caswell] became my mentor. She would invite real cartoonists to come speak in her class, like Will Eisner and Art Spiegelman. … Learning how everything was done and meeting and hearing these talks from these amazing legends of comics that could tell me stories, I was all set. It made a tremendous difference.”

Smith created hundreds of Thorn cartoons for The Lantern, compiling a robust collection and sharpening his craft by drawing a new comic strip almost every day for nearly four years. He said working at The Lantern and balancing his art and journalism courses with Thorn taught him networking and the practical, mechanical minutiae of how to produce a comic strip.

Jeff Smith's published his comic strip, "Thorn," in The Lantern when he was a student at Ohio State. From the Billy Ireland Cartoon Library & Museum's Jeff Smith Collection.

Smith stayed at Ohio State until 1986, when in lieu of graduating he formed an animation studio called Character Builders Inc. with animators he met at the university. The team worked on various commercials, television programs and movies, but it wasn’t long before the characters Smith developed in Thorn made their way back into his life. In 1991, Smith launched Cartoon Books, a company through which he began self-publishing Bone.

Bone continues to resonate long after the series’ end in 2004, and several studios, including Nickelodeon and Warner Bros. Pictures, have tried adapting it for the big screen. But until Netflix, none of those reimaginings have felt right for Smith. Netflix, he says, wants to do the original work justice.

“The people I’m talking to over there really seem to get it,” Smith said. “They really want it to be Bone.”

Bone has drawn parallels to J.R.R. Tolkien’s The Lord of the Rings. TIME named it one of the best all-ages graphic novels ever published, and Scholastic has reprinted the series in over 30 countries. Recently, Distinguished University Professor Frederick Luis Aldama edited Jeff Smith: Conversations, a collection of interviews published by the University Press of Mississippi.

Smith says he isn’t sure what caused Bone to reach such great heights, but thanks to the roots that were laid while at Ohio State and The Lantern, the Bone cousins are coming to life once again.

I met the right people. I got the job skills I really wanted,” Smith said. “Everything really came together and came into focus during my four years at Ohio State.”