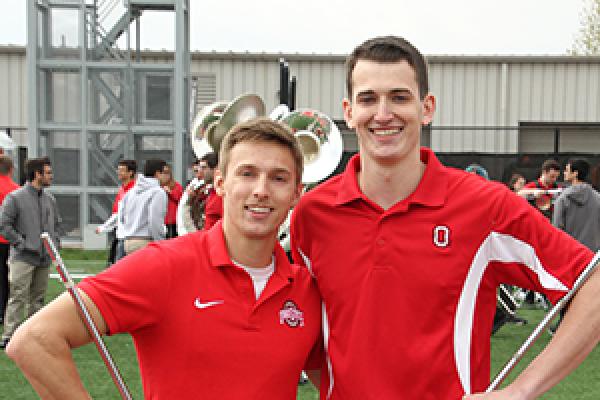 After a competitive afternoon of tryouts that included a tie-breaker round, the drum majors for The Ohio State University Marching Band will continue in their positions for the 2017 season.

LaVange, Barr and four members of D-Row, the band’s drum major training squad, competed on April 22 outside the Woody Hayes Athletic Center in front of hundreds of family members, friends and fans. 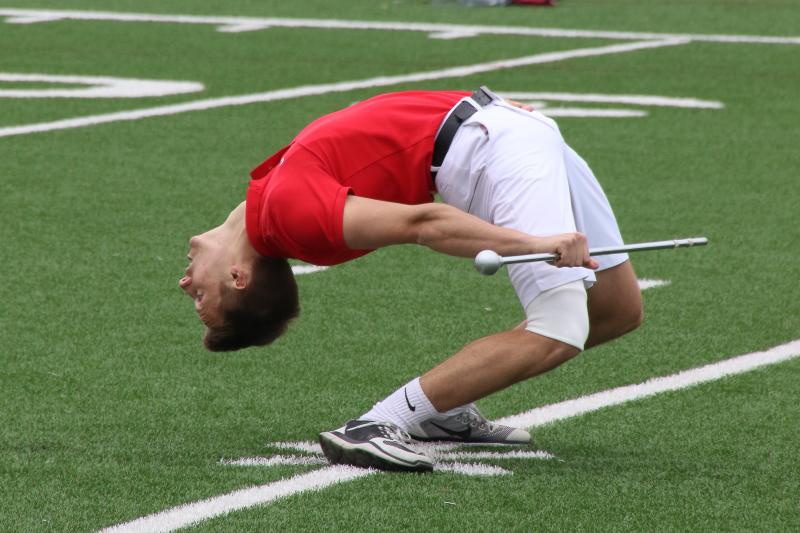 Each candidate performed the traditional pregame ramp entrance (including the high strut from the north side of the field and the backbend), an individual twirling routine set to music and a series of five high aerial tosses. Adjudicators included the Marching Band directing staff and previous drum majors, and student musicians from the spring Athletic Band and 2016 Marching Band provided the musical accompaniment.

The results were tabulated after the six candidates performed, resulting in a statistical tie between LaVange and Barr. The two then repeated their ramp entrance and twirling routines, and, after a second round of tabulation, LaVange and Barr were named drum major and assistant drum major, respectively.

“I’m just thankful I’m able to spend my last year in school doing what I love with the people that feel like a second family,” said LaVange, a finance major in the Fisher College of Business from Warren, Ohio. “I’m also very excited to work with Konner again, and being that we’ve held our respective positions for a full season now, I think we’ll really be able to make some progress with D-Row and the drum major training program this year.”

LaVange has been twirling for five years, beginning at Howland High School in Warren, where he was drum major his junior and senior years. As a member of the Ohio State Marching Band, LaVange spent his first year on D-Row, his second year as assistant drum major and his third year as head drum major. He’ll continue to lead in 2017 with Barr at his side.

“I’m really excited to be returning to help lead this amazing band,” said Barr, a communication major in the College of Arts and Sciences from Gahanna, Ohio. “I’m looking forward to being under the leadership of John as well. I can’t wait for the season to get started.” 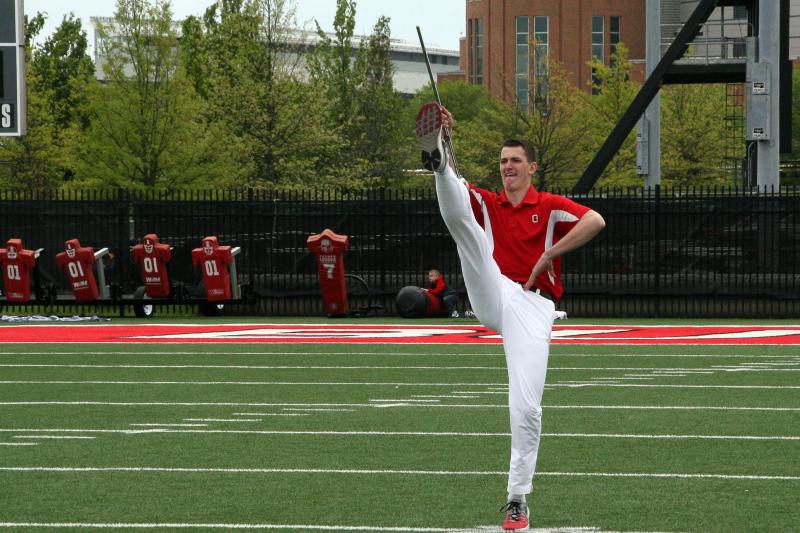 Barr has twirled competitively for 14 years, and prior to coming to Ohio State, he was drum major at Gahanna Lincoln High School for three years. Barr was on the drum major training squad his first year, and he was assistant drum major of the Ohio State Marching Band for the 2016 season.

After the display of talent from the six candidates, Christopher Hoch, director of Marching and Athletic Bands and assistant professor in the School of Music, says the future of the drum major program is strong.

“It was a great competition. We had a lot of talented folks, and I couldn’t be happier with where we are now,” said Hoch. “We have two great drum majors for this coming year, and, to top it all off, we have great younger talent who we’ll be seeing again at tryouts next year. The future looks very bright.”

LaVange and Barr are the first two students to have secured their spots for the 2017 Marching Band. All others will try out in mid-August. 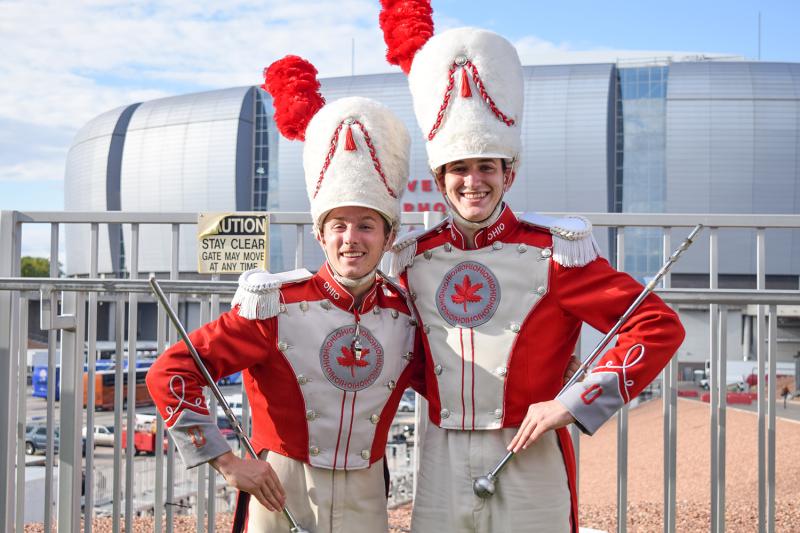