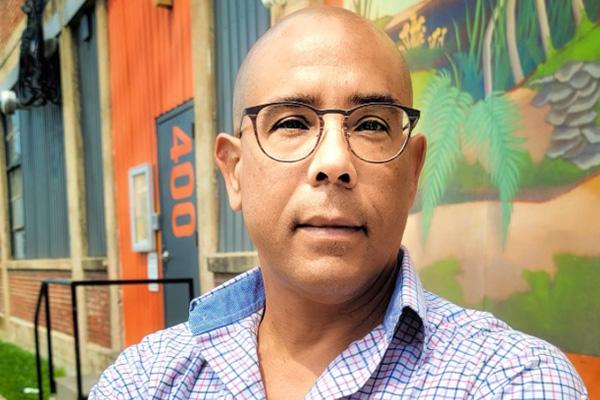 Maurice Stevens, a professor in the Department of Comparative Studies, was appointed associate dean for engagement for the College of Arts and Sciences, effective January 3. Stevens teaches interdisciplinary cultural and technological studies, theories and methods. Their university service spans university departments, colleges, centers, and initiatives including Kirwan Institute for the Study of Race and Ethnicity, STEAM Factory, the University Senate, Office of Diversity and Inclusion, Women’s, Gender and Sexuality Studies, African American and African Studies, and Theater, Film, and Media Arts.

Stevens brings expertise in designing interdisciplinary and engaged research methodologies, participatory leadership models, and community-driven social justice informed research to their scholarly and systems change interests. “We are so fortunate to have Professor Stevens join our leadership team. They have long been a passionate advocate for meaningful partnerships that extend beyond our campus boundaries, and I am excited about what it can mean for all of our departments, schools, and centers to embrace the project of engagement,” said David Horn, dean of the College of Arts and Sciences.

Their research interests include the formation and representation of identity in and through visual culture and political performance, critical trauma theory, disability studies, critical and transformative pedagogy, science and technology studies, popular cultural performance, theories of affect and embodiment, and participatory knowledge production. Stevens’ most recent research has focused on the emergence and application of critical trauma theory in multiple clinical, social, organizational, and institutional contexts, and its development as a field. Their first book is titled Troubling Beginnings: Trans(per)forming African American History and Identity, and they are currently working on a second book called Catastrophe’s Glow: A Critical Trauma Theory for Chaotic Times.

“I am extremely excited by this opportunity to partner within and outside the university and continue co-creating the more that is possible in the engagement space,” said Stevens. They step into the role following the departure of Lisa Florman, who accepted a position as vice provost for the arts for the Office of Academic Affairs.