Paul Hornschemeier wasn’t satisfied by how the flying camera was blasting cheese slices at the gigantic monster.

“The slices that were missing his mouth weren’t bouncing off his chest in the right way,” he said.

And so Hornschemeier (BA, philosophy, 1999) spent much of that day meticulously redrawing slices of cheese, paying special attention to the way they ricocheted off the behemoth’s torso.

“The funny thing is to come home tired after a hard day of work, and I’ll tell my wife, ‘Oh man, at the office I was really drawing those cheese slices,’” he said. “Very much to her credit, she never rolls her eyes at me.” 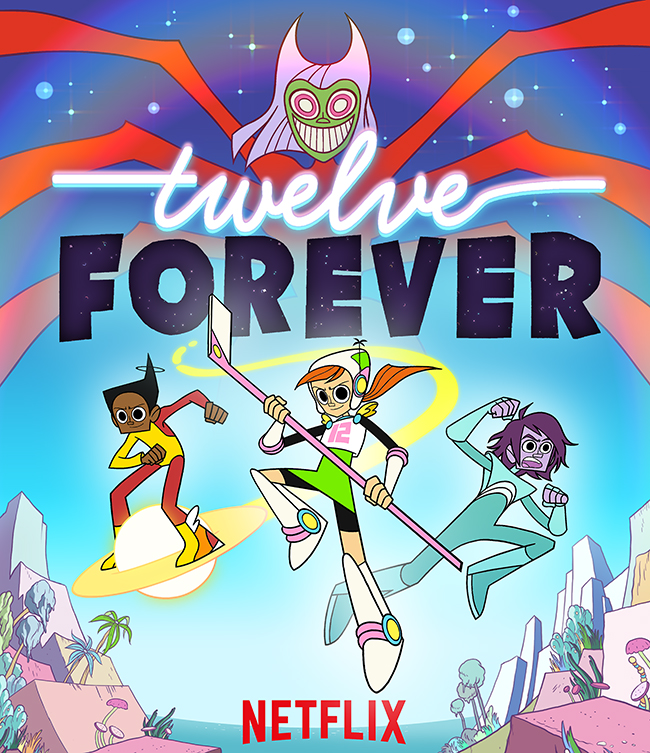 Such is the peculiarity that often accompanies Hornschemeier’s position as art director for the upcoming Netflix animated series, “Twelve Forever,” which premeires July 29. Despite the show’s off-the-wall animation style, strange settings and crazy creatures, many episodes contain powerful themes and messages buoyed by strong storytelling and nuanced characters. That kind of approach — a solid story conveyed through atypical visuals — has been Hornschemeier’s calling card throughout his career. From comics to television to film, the story comes first; the aesthetic is defined by what the narrative calls for.

Storytelling is the crux of what Hornschemeier has always been about. He began drawing his first books when he was just 4 years old, shortly after he and his parents moved from Cincinnati to nearby Georgetown, Ohio.

“One of my first books starts with drawings that were very good for a 4-year-old,” he said. “But then by the middle of the book, they just turned into these cyphers depicting the characters, and I’ve just thrown drawing out the window. I always go to that example because it points to how the story is really the engine. On some level I guessed at that theory at a very young age.”

Hornschemeier continued refining his drawing and writing skills throughout his childhood before arriving at Ohio State, where he dabbled in physics and psychology until finally settling on a major in philosophy. His classes helped his understanding of logic and people’s motivations, which he used to craft deeper stories and characters.

While at Ohio State, Hornschemeier self-published his first comic, Sequential, which he distributed at The Laughing Ogre comic book store in Clintonville. He graduated in 2000 and, shortly after publishing the final issue of Sequential, moved to Chicago and began the comic series Forlorn Funnies. Soon after, an editor at Dark Horse Comics discovered his work and collected a story appearing in Forlorn Funnies, Hornschemeier’s first graphic novel, the critically acclaimed Mother, Come Home in 2004.

Hornschemeier produced several other printed works, including The Three Paradoxes (2007) and The New York Times best-selling Life with Mr. Dangerous (2011), before his work evolved to include television and film. After meeting comedian and writer Scott Aukerman at San Diego Comic-Con, the two collaborated on Aukerman’s sketch comedy talk show, “Comedy Bang! Bang!” for which Hornschemeier created animation and artwork. 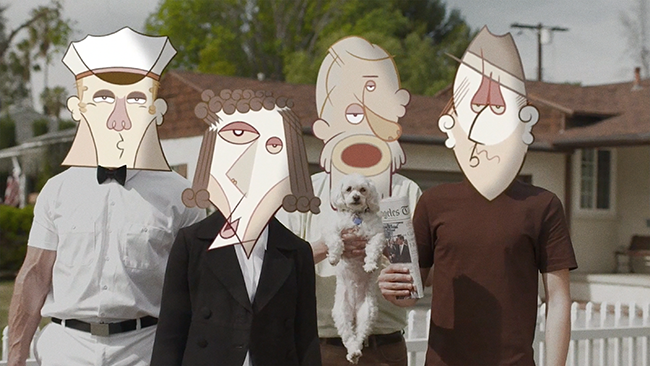 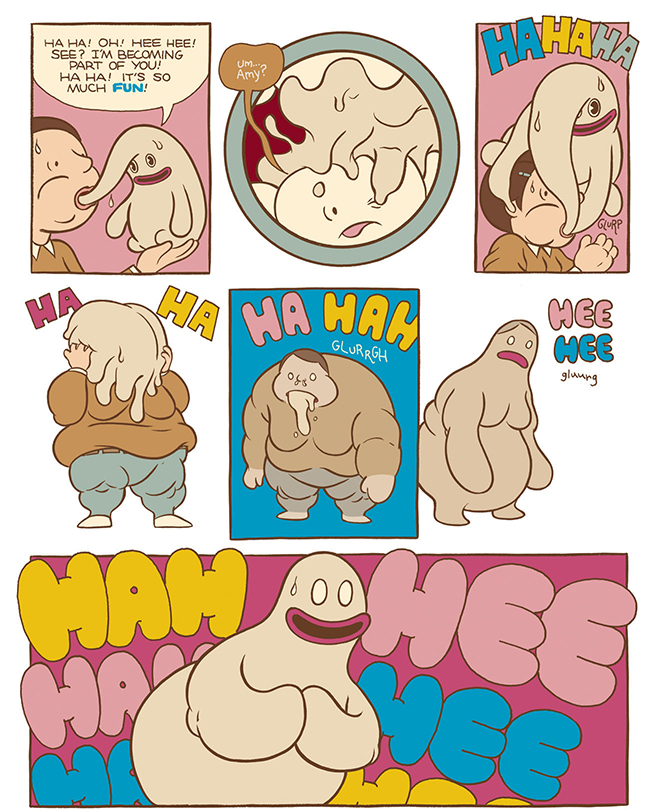 A page from Hornschemeier's "Life with Mr. Dangerous." 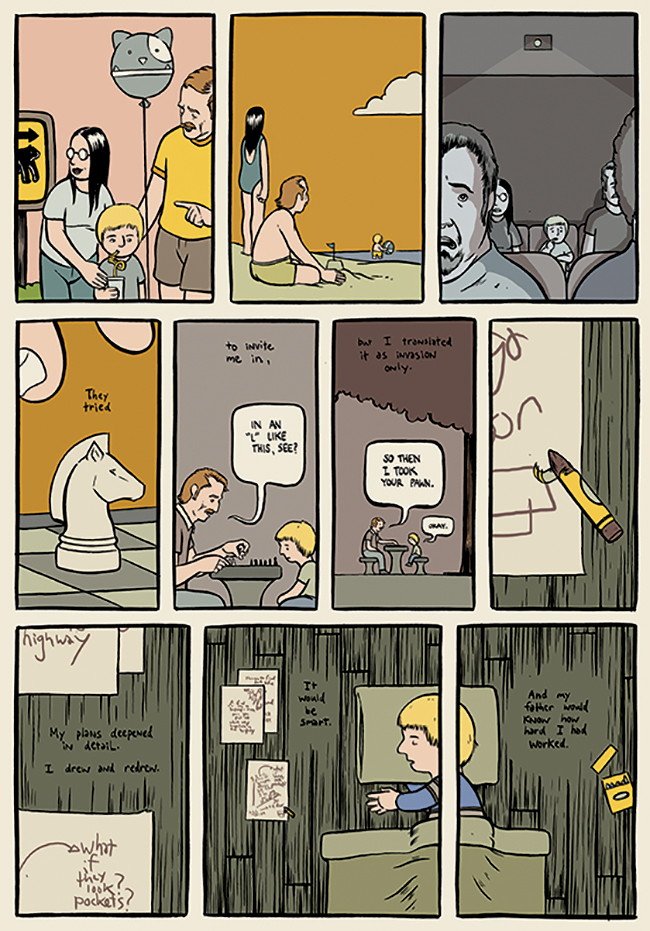 Hornschemeier continued to work on many other creative projects. He formed and is creative director of Beitel Creative, which has worked with clients such as Disney, Google and Comedy Central. In 2015, he wrote and directed the animated short film “Giant Sloth,” featuring the voice talents of Paul Giamatti and Kate McKinnon.

Then, in 2018, Hornschemeier took on the position as art director for “Twelve Forever.” Created by Julia Vickerman, who’s best known for her work on “The Powerpuff Girls,” “Twelve Forever” follows the exploits of 12-year-old Reggie, who often escapes the bleak disfunction of real life by traveling to a psychedelic fantasy world with her friends.

“They go to this island where there are all kinds of crazy creatures, fields of ice cream cones, talking cheeseburgers,” Hornschemeier said. “But they’re often dealing with whatever emotional things they’ve been dealing with in the real world, and it goes back and forth between this objective reality and this fantasy world. … It’s exploring something that I don’t feel like I’ve seen in a young adult show.”

From drawing Batman and Robin on the backs of paper grocery bags when he was a kid to crafting striking narratives in a vibrant dreamland, Hornschemeier has stayed true to his principle of putting the story first and letting the visuals follow. And because of his philosophy degree at Ohio State, he is able to express whatever idea he can think of.

“Making this thing look a certain way isn’t the goal in and of itself,” Hornschemeier said. “To figure out how to tell the story so that it makes sense, so it feels the way I want it to feel, so that it is genuine, so that the core elements of the story resonate with somebody who doesn’t have the misfortunate of living inside my head, that’s the goal.” 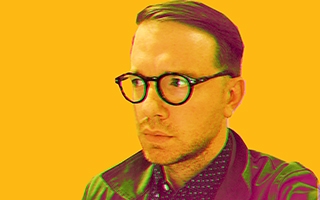