Home / About / Departments & Centers / History of Art, Department of

History of Art, Department of 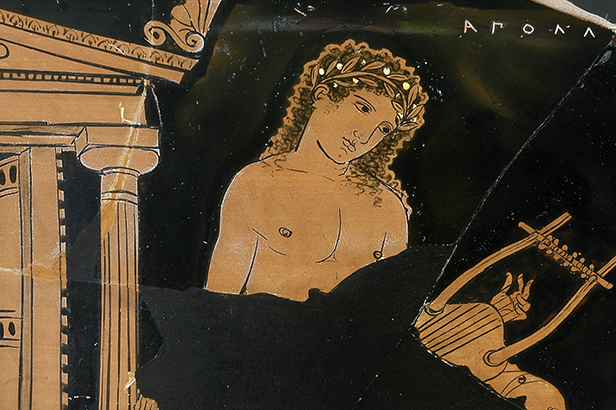 Faculty and students in The Ohio State University Department of History of Art seek to contribute to the ongoing intellectual work within the discipline of art history not only by developing expertise in particular subfields, but also by engaging productively in the broad and ever-shifting philosophical, scholarly, and institutional debates that shape the discipline.

In February of 2017, Kris Paulsen’s book, Here/There: Telepresence, Touch, and Art at the Interface, was published by The MIT Press. Favorable reviews appeared almost immediately in The Brooklyn Rail, Journal of Visual Culture, and Leonardo—and these will no doubt be followed by others over the course of the coming year. Paulsen, who received the Rodica C. Botoman Award for Distinguished Undergraduate Teaching and Mentoring in 2016, was also promoted this past summer to associate professor with tenure. She has been a driving force in the creation of the Department’s new interdisciplinary MA program in Contemporary Art and Curatorial Practice, which will welcome its first students next fall.

The Patrons’ Circle was established in 2011 to foster collaboration and exchange between the students and faculty of History of Art and cultural and philanthropic leaders in the community. Yearly contributions of $1,000 support the annual Patrons’ Lecture as well as other department initiatives, such as graduate student travel and research. Members are invited to audit selected courses each term and to attend special events throughout the year.

Every other spring the Department of History of Art hosts a two-day graduate student symposium organized by the Graduate Student Association. This year, the theme will be “Encountering the Body,” taking place April 6-7, 2018. The keynote speaker will be Joan Kee, History of Art associate professor, University of Michigan.

The Visual Resources Library (VRL) maintains a continuously expanding collection of online digital media resources representing world art, archaeology and architecture from prehistoric periods to the present. This collection of 61,000 assets grew out of the digitization of the VRL’s traditional analog slide collection beginning in 1999. The collection primarily supports instruction in the department of History of Art, but is accessible to all faculty, researchers and students within the OSU community; select portions of the collection are available to the public through the Artstor Shared Shelf Commons.

The entire VRL digital collection was migrated to Artstor’s Shared Shelf during the summer of 2015: vrl.osu.edu

The Ann Hamilton Project Archive: Internationally known artist and Ohio State Distinguished University Professor, Ann Hamilton is collaborating with the VRL to digitize her works and make them available to the Ohio State community and public.

Jack Balcer Image Archive: A gift from Jack Balcer, former Ohio State professor of ancient history from 1971 to 2003. The collection consists of nearly 30,000 slides and 5,000 digital images documenting his scholarly research on the Athenian Empire, Greek and Roman Numismatics and the Persian Empire.

Students can choose one of three tracks to successfully complete a History of Art Minor or design their own program in consultation with one of the department faculty advisors. Tracks include: general track, period track and cultures groups or culture track. (HISTART-MN)

Although the Department of History of Art offers both the Master of Arts and the Doctor of Philosophy degrees, the MA is awarded in partial fulfillment of the requirements for the PhD. The department does not admit students who wish to work solely toward the master's degree.

Connect with History of Art