Home / About / Departments & Centers / Religion, Center for the Study of

Religion, Center for the Study of 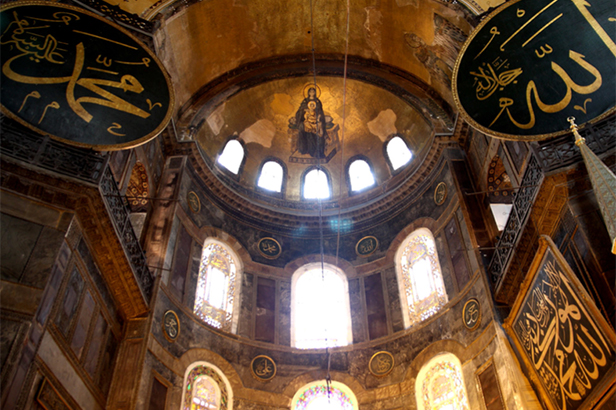 The Ohio State University Center for the Study of Religion (CSR) capitalizes on the university’s extensive resources and expertise on religions to encourage and support scholarly research on religions. The CSR cultivates disciplined reflection among faculty, students and a wider public on interrelated sets of issues involving the study of religion.

Religions in General: the countless very different ways religion has been conceived and defined

The Comprehensive Study of Religion: Resources for studying religion include not only written texts and spoken languages, but works of art, architecture, music, drama, and myriad social practices and institutions

ELIZABETH SANDOVAL, HISTORY OF ART:
medieval and Renaissance manuscript culture, especially that of the Burgundian court; Netherlandish devotional painting of the 15th century

MARCUS ZIEMANN, CLASSICS:
interactions between the Ancient Near East and Greece, primarily Archaic and Classical eras; the Hebrew Bible and Northwest Semitics

The Savko Family Fund was established by Maureen “Mo” Savko and Carlotta “Cory” McCowen in honor of their mothers, Anna Marie Savko and Cora Lee Banks.

The Robert L. Iles Fund for the Study of Myth provides small grants for graduate students in arts and sciences to travel to conduct or present their research on myth.Robert L. Iles (1934-2007) taught high school English in Perrysburg, Ohio, where he encouraged his students to read, study and enjoy myths. His daughter, Sarah Iles Johnston, and son-in-law, Fritz Graf, are professors in the Department of Greek and Latin, where they both teach graduate and undergraduate courses on ancient myths and religions.

A collaborative effort between graduate students and faculty which provides a forum for interdisciplinary study and informal discussion of religion-related topics. Monthly events provide opportunities to deepen understandings of issues related to religious studies and expand connections to the broader community throughout the university and beyond.

SYMPOSIUM SERIES
Presentations by and discourse between prominent visiting scholars.

NO-MORE-THAN-A-PAGE SERIES
At least once a semester, an Ohio State faculty member presents and leads a discussion about a current religion-related research project.

RELIGIOUS STUDIES MAJOR/MINOR
The Center supports the religious studies major and minor programs housed in the Department of Comparative Studies.